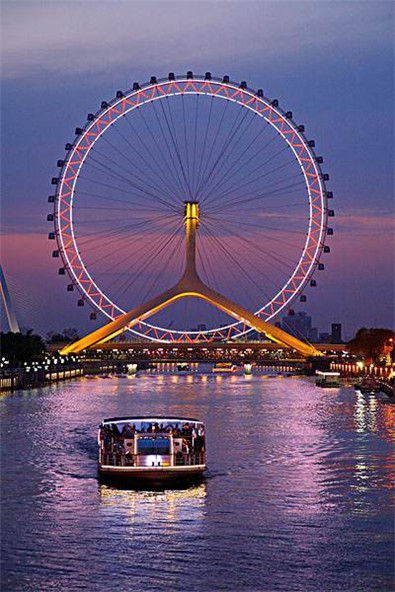 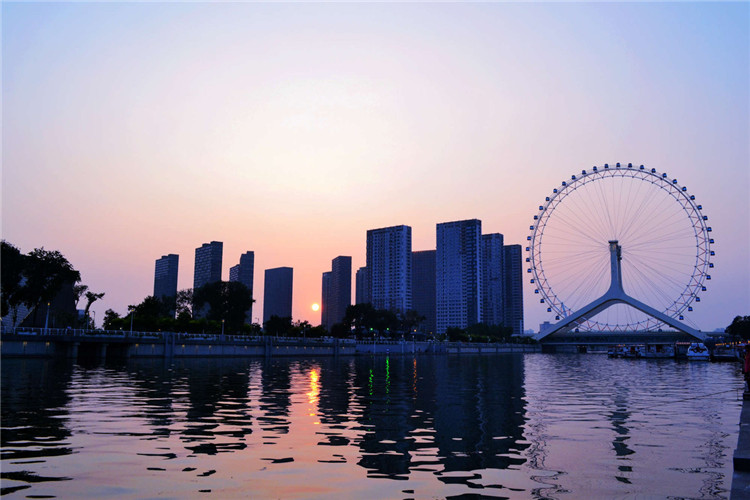 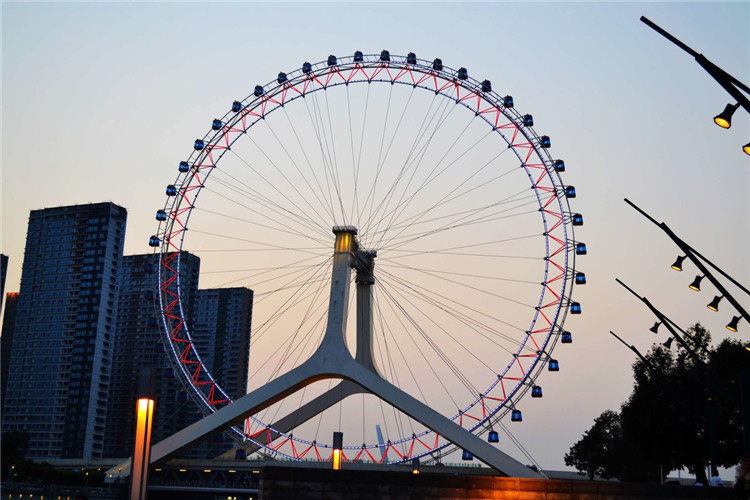 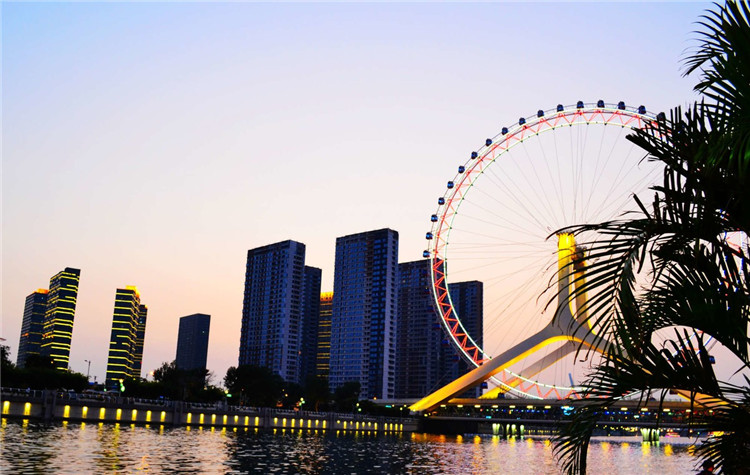 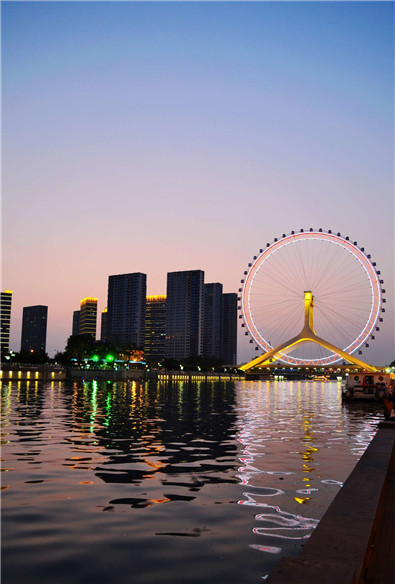 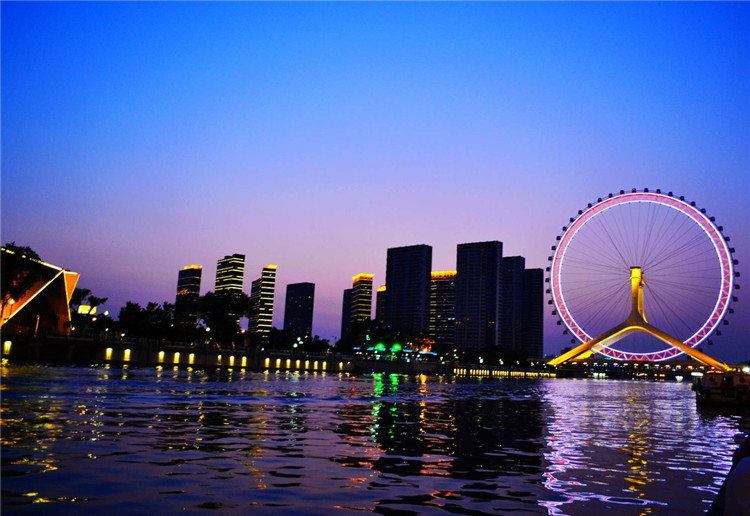 Introduction to The Tientsin Eye
The Tientsin Eye, the full name of which is The Yongle Bridge Tientsin Eye, connects the Hebei and Hongqiao districts across the Haihe River. It is a Ferris wheel built across river and integrated with bridge, with both sightseeing and transportation functions. As one of the landmarks in Tianjin, the Tientsin Eye is the only Ferris wheel in the world that built on a bridge.

With a diameter of 110 meters, the Ferris wheel is equipped with forty eight 360-degree transparent cabins. Each cabin can seat 8 people and the wheel can totally accommodate 384 people for sightseeing at the same time. The time it takes for the Ferris wheel to make a full turn will be affected by the number of passengers and weather changes, and generally it takes about half an hour to complete a cycle. When it reaches the highest point, the surrounding scenery is unobstructed, the scenery within 40 kilometers can be even seen if weather permits, thus the wheel was named “The Tientsin Eye”. 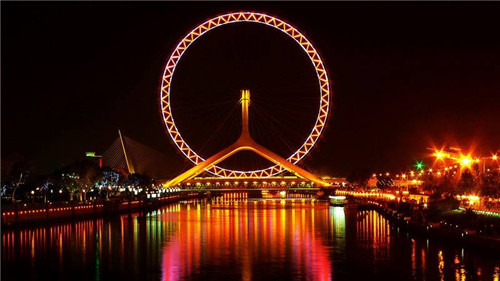