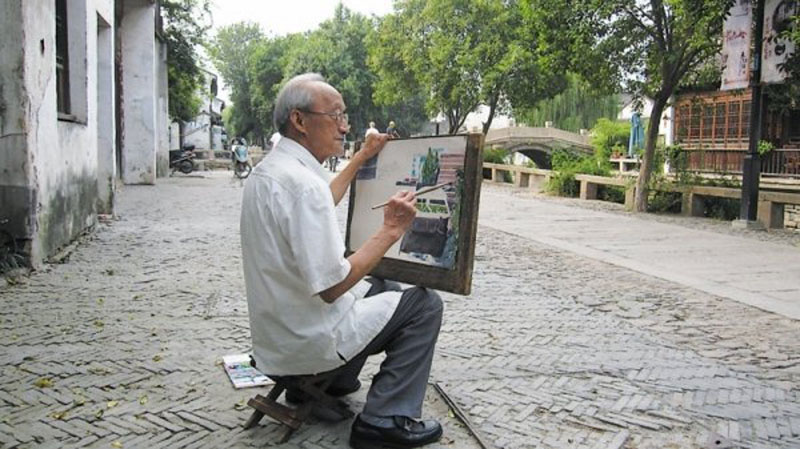 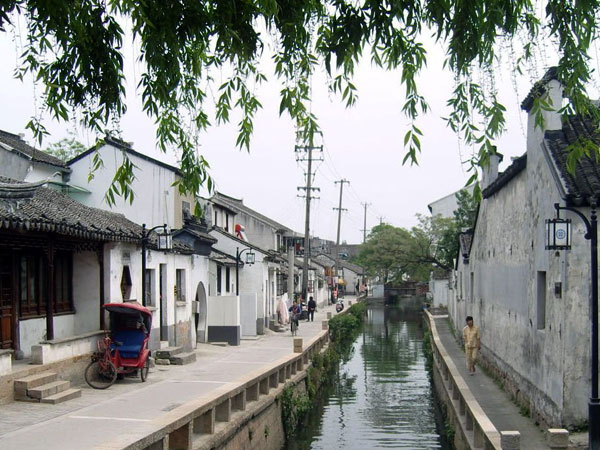 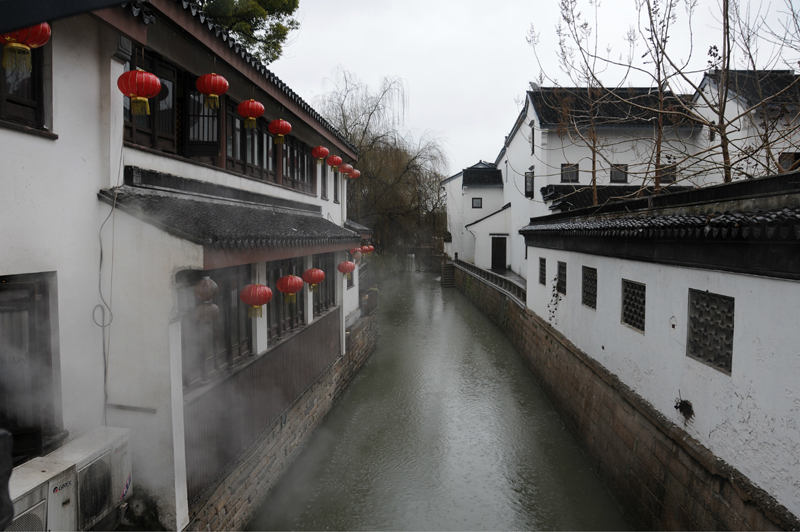 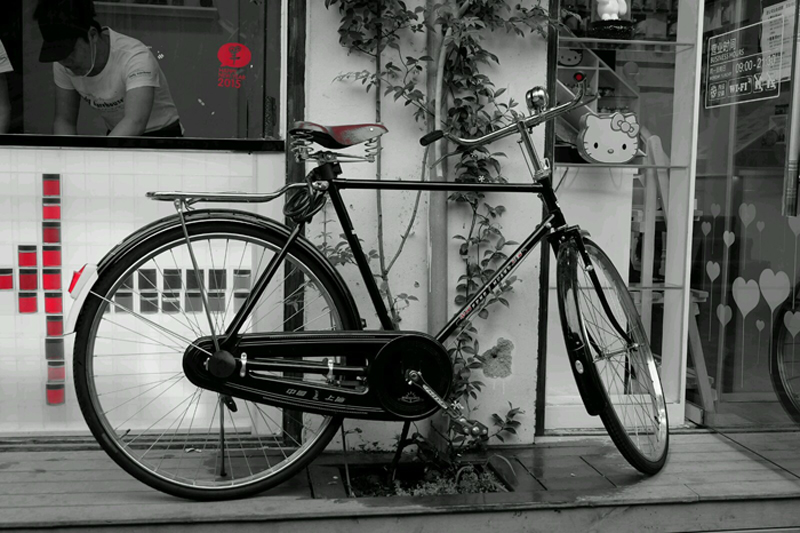 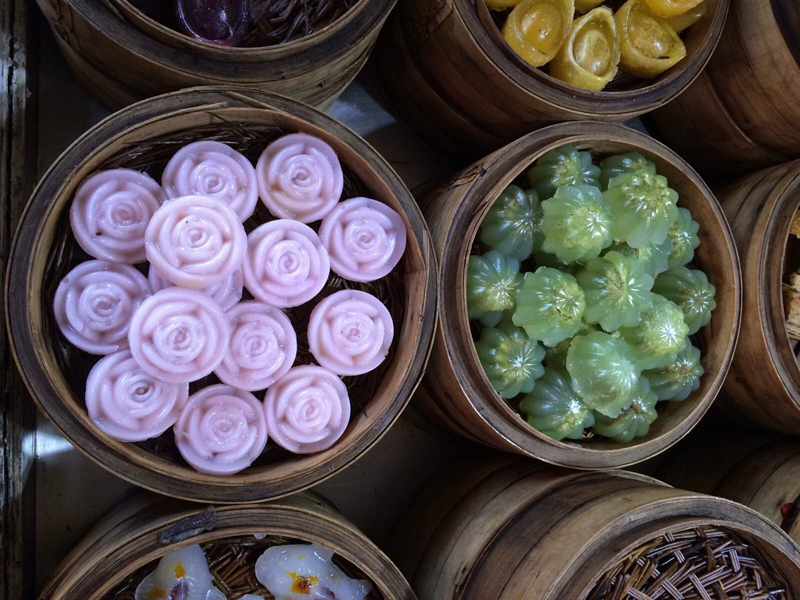 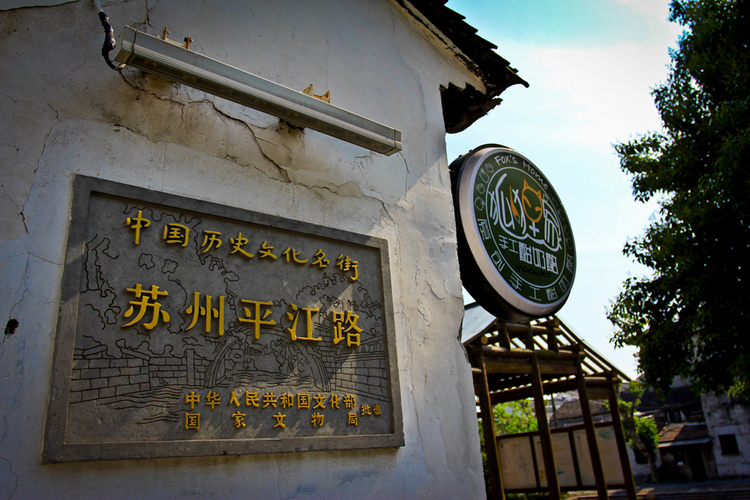 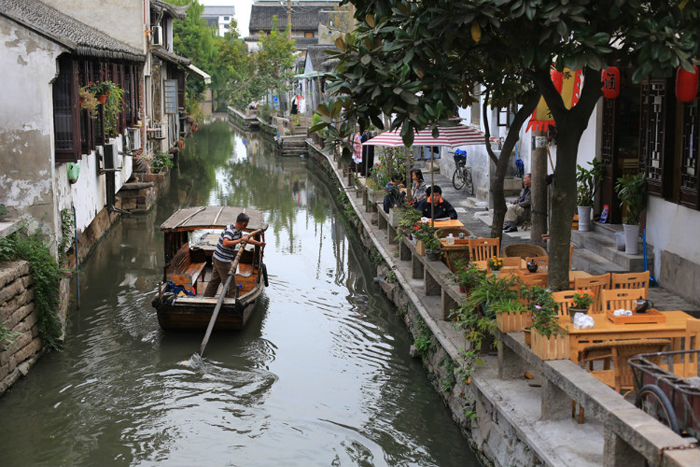 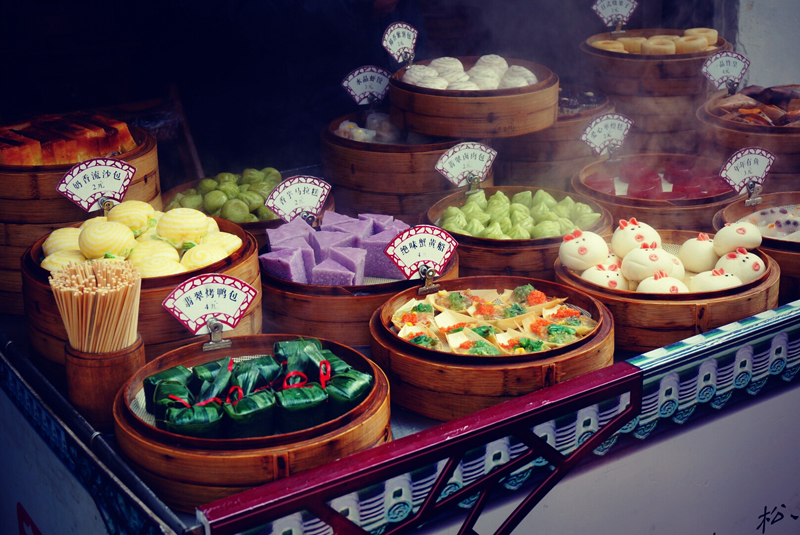 Introduction to Pingjiang Road
Pingjiang Road, historically known as Shiquan Li (Chinese:十泉里), is a street and historic district in Gusu District (formerly the Pingjiang District), northeastern Suzhou, Jiangsu, China. The length of this road is 1,606 meters which has been recorded since the Song Dynasty. On the map of Suzhou ancient city in Song Dynasty, the Pingjiang Road was regarded as the main route. After 800 years, Pingjiang Road is still well-preserved. 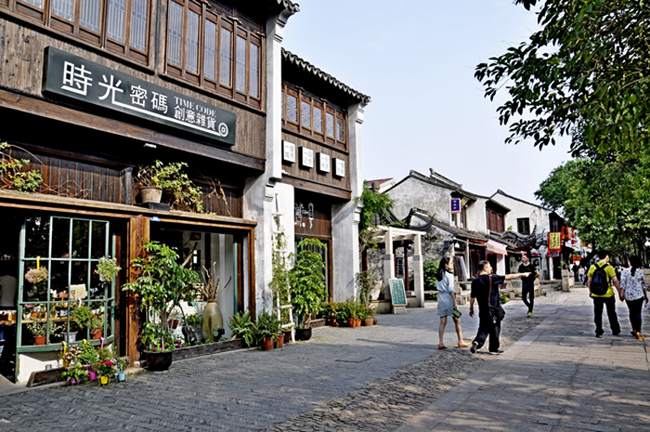 For many centuries, the street has been the center of much of Suzhou's cultural life. People may take a leisurely look at the titles on display in a bookstore, or take a rest in a teahouse while viewing a Pingtan performance, which involves telling folk tales and stories as well as singing ballads in the local dialect. Located in the heart of the old city, Pingjiang Road is the best preserved and largest scale historical street in the area. With a history of 800 years, Pingjiang road still maintains its street layout and characteristics in ancient forms. It creates Suzhou a classical Jiangnian water village where stone paths and water lanes are crossing each other. Cultural hotel Pingjiang Lodge located in Pingjiang District Historical Block, filled with the special charms of cultural characteristics, tourists can enjoy the Jiangsu cultural ambience there. They can also take a boat ride in Pingjiang river to enjoy the pristine view of old houses along the river, creating the epic scene of “small bridges, flowing waters, residences”.

History of Pingjiang Road
There is evidence that the street existed as early as the Song Dynasty (960-1279), and it appears on Suzhou's earliest map "Pingjiang Map" as one of the city's main streets of the period. The street runs parallel with the Pingjiang River and has a total length of 1,606 meters. Neither the street nor the river are particularly wide, and can, as a result, only be comfortably navigated by rickshaws and rowing boats respectively. The street, which is busy with vehicular and pedestrian traffic despite its narrowness, received an honorable mention from UNESCO in 2005 when it took the Asia Pacific Heritage Award for Culture Heritage Conservation. In 2009, Pingjiang Road is listed as a “Famous historical and cultural street of China”, one of the first nine streets with such title across China. Along with Shantang Street, the area was also declared “Historical and cultural block of China” in 2015.

What to see along Pingjiang Road
When you walk in the Pingjiang historical block, the road was still the old paved roads; the river was still green and clear and the residence was still as quiet as before. Waling on the Pingjiang road, you can see all the scenery was as beautiful as a painting. The black tiles have the traces of white wall when it rains, just like a Chinese ink. In these old residences, there was a gallery managed by a Frenchman or a reading corner managed by an Irish or a residential hostel or a hotel for backpacker. However, there were also some special shops for the natives in Suzhou, like carved jade or teahouse of different theme. The people walking on the road or sitting at the windows can not distinguish they were enjoying the painting or in the painting. 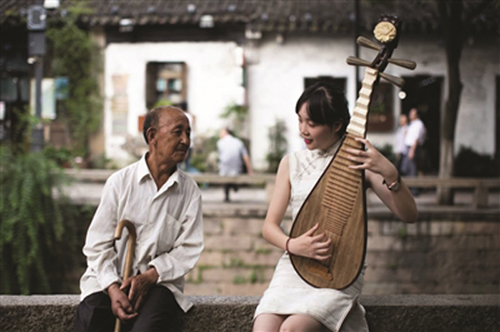 Cake Bridge
There is a bridge situated along Pingjiang called the “Cake Bridge” which was named after a man who used to bring cake for his mother every day. One day, however, he couldn’t work and therefore couldn’t buy the cake for his mother. He was then forced to make a “cake” from snow. This story, as weird as it sounded, was true and showed how much this man loved his mother.

Museum for Kunqu Opera
The museum for the Kunqu opera is also located there. In it there is an assembled stage for Kunqu performances in the late Qing Dynasty – an important item for exhibition in the China Kunqu Museum. History shows it used to be assembled for performances to wealthy families with the musicians sitting on three sides of the stage.

Former Residences of Famous Figure
There were many former residence of famous people, for example, the former residence of a bookworm whose name was Huang Pilie in the Xuanqiao Lane, it was said that the residence was his little library. In the same lane, the former residence of Hongjun was also there. Hongjun was a “Zhuangyuan” (the one who came first in the highest imperial examination) in Qing Dynasty; he lived here with Sai Jinhua. Besides, you can also see the former residence of the famous doctor Qian Boxuan and the Garden of historian Gu Jigang. However, these old residence were changed into residential area. Although the main hall of the residence and the carve patterns on the woodwork still keep their original appearance, the high wall can not segregate the life of town. Now you can only find the remains of history in the window bar or in the purl or even on the rock. Perhaps, the most meaningful memory of Suzhou was embodied in the life of local residents and the culture of old residences.

Bridges within the district 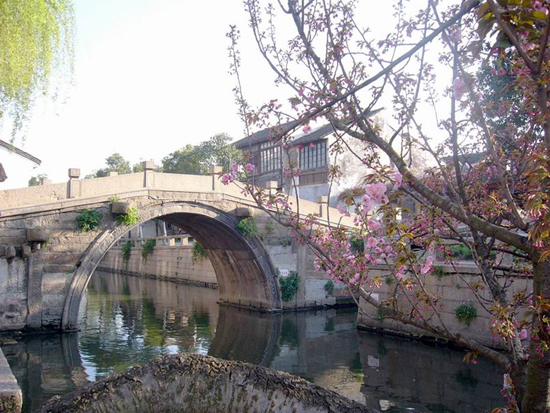 There are 18 stone bridges in the Pingjiang Road historic district. Among them, 12 bridges are shown on the Song Dynasty Pingjiang Tu. They are namely Sipo, Shou'an, Xuegao, Jiqing, Sujun, Zhong'an, Tongli, Huxingsi, Beikaiming, Tangjia, Zhumajiao and Xiaoxin. 10 of the bridges are lying in the north-south direction, the other 8 in the east-west direction. The historic district thus has the highest density of bridges across Suzhou.

Story of Hong Jun and Sai Jinhua
Hong Jun, a scholar and diplomat temporarily residing on 27 Xuanqiao Lane, Pingjiang Road, met 20-year-old Sai Jinhua in 1886, then as a prostitute while on a flower boat. At the time Hong Jun was in mourning due to his mother's death. Hong Jun made Sai Jinhua his concubine one year after meeting her. Sai Jinhua followed Hong Jun in his diplomatic visits to Russia, Germany, Australia and the Netherlands, Sai Jinhua also gave birth to a daughter named Deguan. The couple returned to Suzhou in 1893 and made 29 Xuanqiao Lane home, neighboring Hong Jun's former residence. However, two months after their return, Hong Jun became sick and died at age 55. Sai Jinhua was forced to leave the house after Hong's death and carried on her profession as a courtesan in Shanghai.