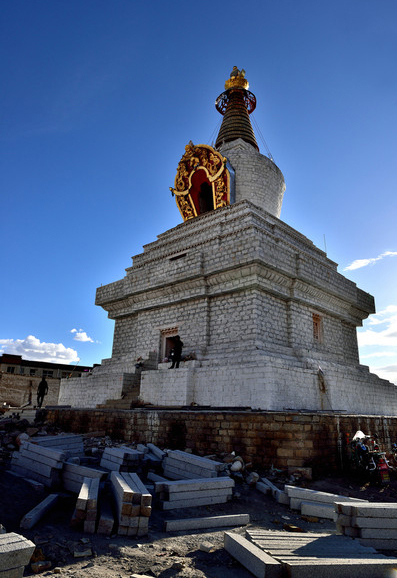 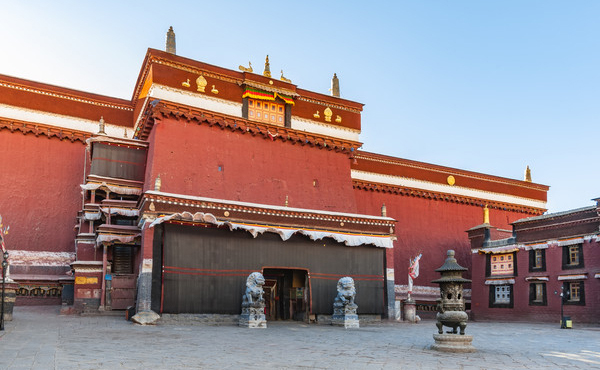 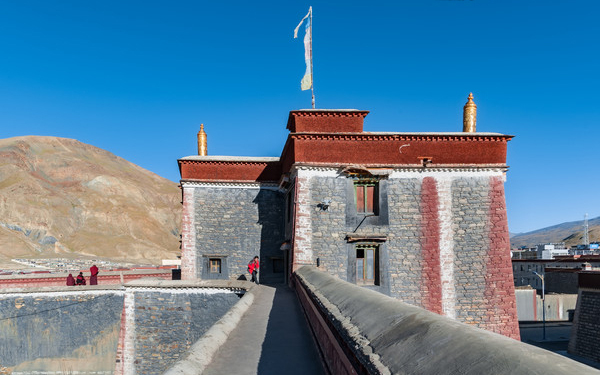 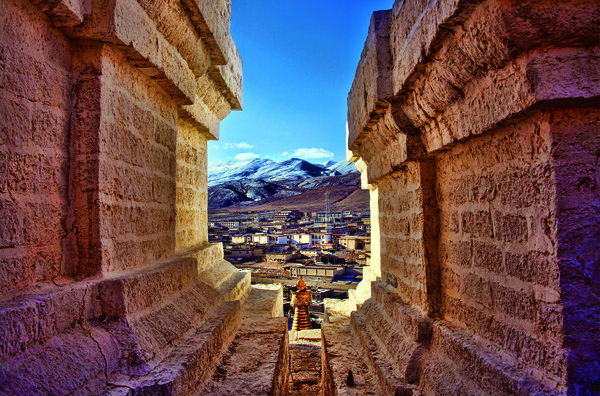 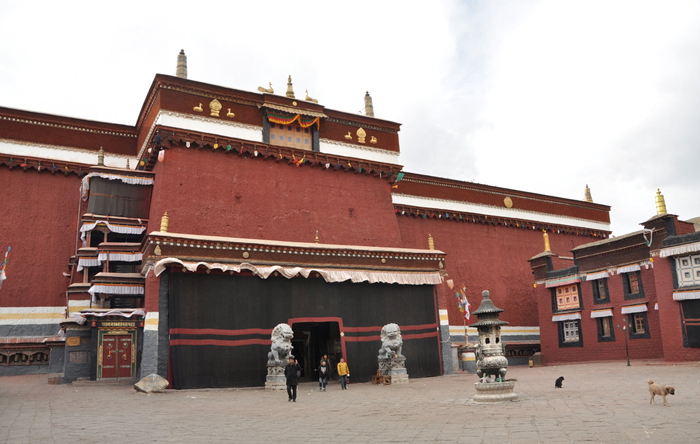 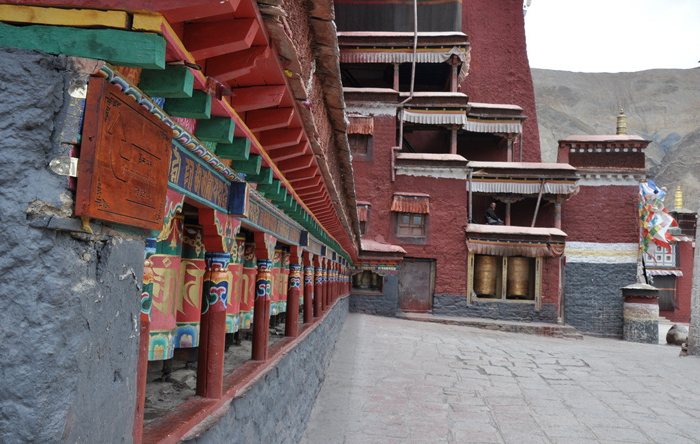 Located in the ancient town of Sajia, Sakya Monastery is seat of Sakyapa, one of four major sects of Tibetan Buddhism. Sakya means "gray white earth". The walls of Sakya Monastery are unusually painted in red, white, and black which give Sakya the name "Flower Religion". According to Sakya, red symbolizes Manjusri, white Avalokitesvara, and black Vajrasattva. Sakya Monastery is dubbed as "the Second Dunhuang" as it contains myriad invaluable relics such as resplendent and tall Buddha statues, colorful frescoes, and countless Buddhist scriptures. There are more than 3000 frescos found in Sakya Monastery. Frescos of Yuan Dynasty alone take up nearly ten thousand square meters, most of which depict the first Sakya Trizin and Mandala. As many as 88,000 Buddhist scriptures were sealed up into a wall behind the main hall, which measures 57.2 meters long and 11 meters high. Over 2800 are palm leaf manuscripts of Yuan and Ming dynasties originated from India. Sakya Monastery also has the world’s biggest sutra which is 1.8 meters long, 1.3 meters wide and 0.67 meters thick and covers Tibet’s religion, history, philosophy, literature, agriculture, and so on. 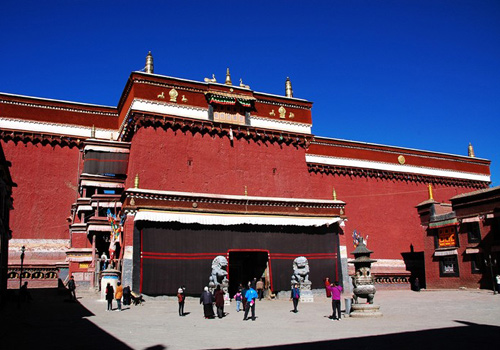 Sakya Monastery in history once had two parts. The northern and southern monasteries are on either side of Trum River. The northern monastery built in 1073 by Khon Kongchog Galpo, the founder of Sakyapa, was destroyed Chinese Red Army during Cultural Revolution (1966-1976). The southern one was built in 1268 by the fifth the first Sakya Trizin and fortunately survived. It is located on a flat terrain on the south bank of a river. Built in a square-shape, it is enclosed by solid walls, four towers and turrets. Outside the walls is a moat. The Main Assembly Hall covers an area of 5777 square meters. 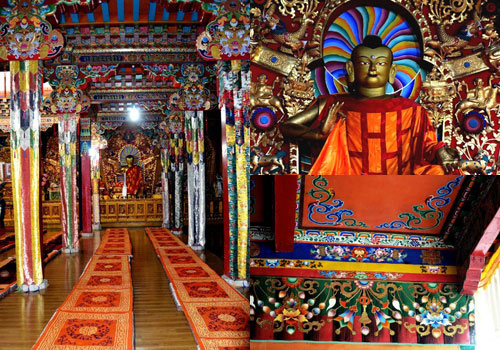 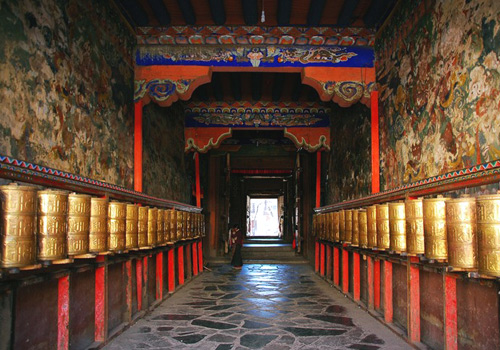