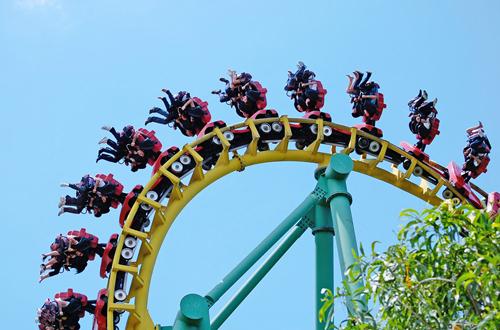 Located 32 kilometres away from the downtown, Shenzhen Baoan International Airport covers an area of 2718 acres. The airport is the first among China modern international air harbour with combined transport by sea, air and rail. As the fourth largest air harbours in China, Shenzhen Baoan International Airport is one of the busiest airports around China and one of the most important bases in Pearl River Delta. So far, there are more than 110 domestic airlines and 14 international airlines, with many flights between Shenzhen and some European and US cities.

- The first airport shuttle departs from the airport at 07:30, with the followings running every 20 minutes, and terminates in West Square of Luo Hu Railway Station.

- The first airport shuttle departs from the Lianhua Building at 06:20, with the followings running every 15 minutes, and the departure time of the last airport shuttle is 21:00. It will take you 35 minutes or so non-stop to reach the airport. It is suggested that you should catch up the shuttle two hours early before the aeroplane takes off.

- There are buses to Hong Kong airport, Kowloon, Wan Chai and Hong Kong Disneyland. They run every 20 minutes and the price ranges from 110yuan to 200yuan.

- Taxies are available from Shenzhen airport to the downtown area. The price is about 130yuan if your destination is around International Foreign Trade Center, highway toll fees included.

Besides, Beijing-Guangzhou rails and Beijing-Kowloon rails cross one another in Shenzhen.

The city is blessed with 7 passenger depots with the routes stretching over such major cities of Mainland China as Guangzhou, Dongguan, Huizhou and Special Administrative Regions (SARs) of Hong Kong and Macau.  Every day, more than 150 air-conditioned large-sized buses are running from Guangzhou to Shenzhen. Moreover, shuttle buses come to and fro between Hong Kong and Shenzhen 300 times each day.

If you are a shopping fanatic, you can go to many stores by Sightseeing Bus, a special line for shopping. The route of the bus goes like this: Jibu Checkpoint – Jibu Famers Market – Walmart – Children’s Park – Maoye Department Store – Shun Hing Square – World of Women – Bijia Hill Park – ­­Lianhua Bei – Xia Meilin – Meilin Yicun – Futian Agricultural Wholesale Market. Wherever you get in the bus, you have to pay 3yuan.

Shenzhen has Yantian, Chiwan, Shekou and other harbours as well as 176 berths by the end of 2010. Every day, regular ships travel back and forth between Shenzhen and Zhuhai, Guangzhou, Macao, Hong Kong and Kowloon.

Till now, you have access to 5 lines of Shenzhen Metro. They are Line 1 from Luohu port to Shenzhen airport, Line 2 from Chiwan of Nanshan to Xinxiu Village of Luohu, Line 3 from Yitian Village of Futian to Shuang of Longgang, Line 4 from Futian port to Qqing Lake of Longhua, and Line 5 from Qianhai Bay of Nanshan to Huangbeiling of Luohu.

There are three kinds of buses in Shenzhen, including main line, branch line, and express, each having different colours and names. Totally, Shenzhen has got nearly 1000 lines for city transportation so far.