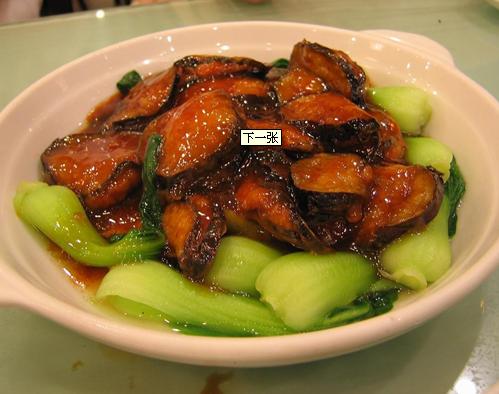 Shenyang cuisine has a long history with exquisite cooking and unique style, which is based on Manchu cuisine, taking the advantages of traditional aulic skills and gathering all the essences of most Chinese famous dishes.

During Qing Dynasty (1644-1911), Shenyang was called Shengjing for a long-term basis as a second capital besides the capital Beijing. It has the second largest intact palace complex in China- the Shenyang Imperial Palace, what is more, it boasts the completed preserved catering culture of the Qing imperial family- the nationwide fashionable Manchu cooking culture and the China’s last feudal dynasty’s aulic cooking. Man Han Quan Xi, a full, formal banquet which combining Manchurian and Chinese delicacies, is the most representative of Qing imperial cuisine.

As the capital of Liaoning Province, the Liaoning cuisine is perfectly reflected in Shenyang cuisine. Influenced by most major styles of Chinese cooking, especially the Shandong cuisine, Liaoning cuisine makes its dishes with materials from nearby mountains, main cooking skills of frying, stir-frying, boiling, and with each dish endowed with a historical allusion. Renowned Liaoning dishes are Stewed Bear’s-paw with Preserved Shrimp and Rapes, Stewed Chicken Drumsticks and Quick-fried Abalone, Stewed Moose Nose, Fried Shrimp Balls Stuffed with Fish Maw, Stewed Ginseng with Young Chicken, etc.

Shenyang is a city inhabited by both Han people and many a minority; in the history, Han people and minority groups took turns to rule the area. Furthermore, because of its special historical position, diversified flavored snacks of minorities from all parts of the country are collected in Shenyang. Dishes of the Korean nationality, Manchu people and the Huis are the most commons.

Man Han Quan Xi (满汉全席)
As a full, formal banquet which combining Manchurian and Chinese delicacies, Man Han Quan Xi is the most representative of Qing imperial cuisine, which only served for imperial family in the past. It is an almost all-encompassing banquet drawing eight delicacies from mountains, eight from the land and eight from the sea. Eight treasures from the mountains mainly include bear’s paw, monkey brain, tiger’s kidney, mi-lu, ginseng, fiddlehead, etc; eight treasures from the land refer to a specie of toad, hump, a kind of dried mushroom, a kind of golden mushroom, a chicken-claw-shaped mushroom, corn, Shafeng chicken, and grouse; eight treasures from the sea are shark’s fins, stichoppus japonicus, fresh scallop, abalone, cuttlefish nidamental gland, Trionyx sinensis’s tummy, and fishskin.