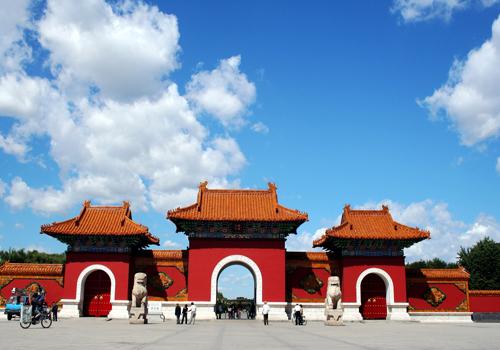 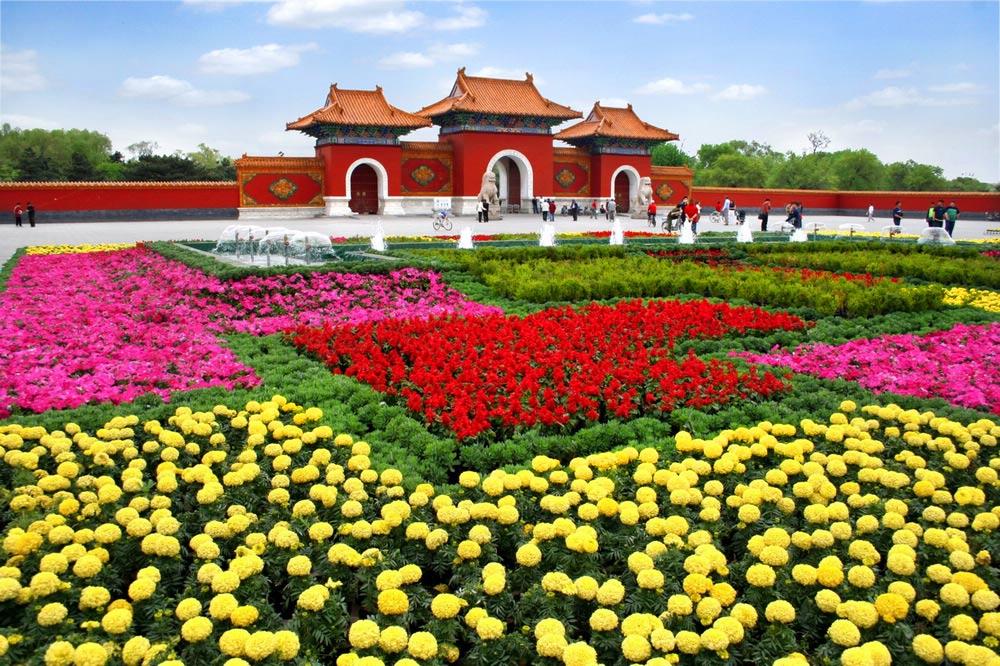 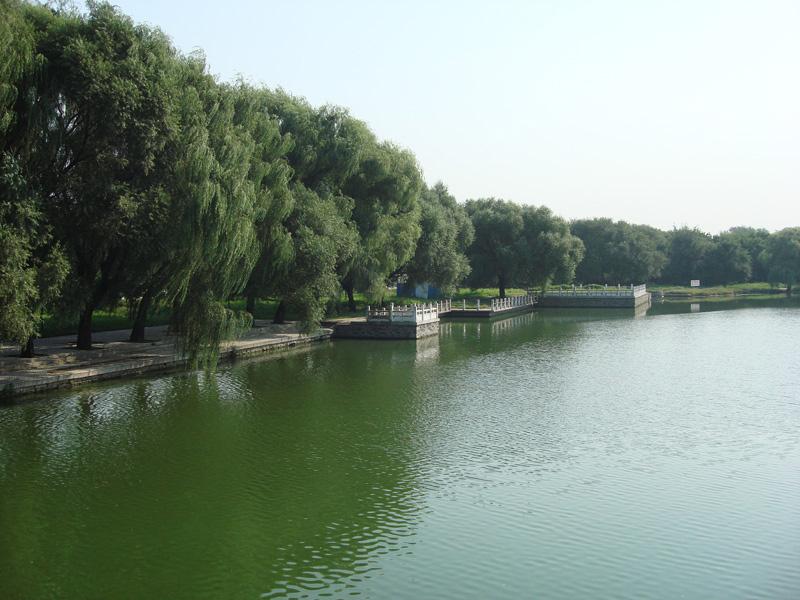 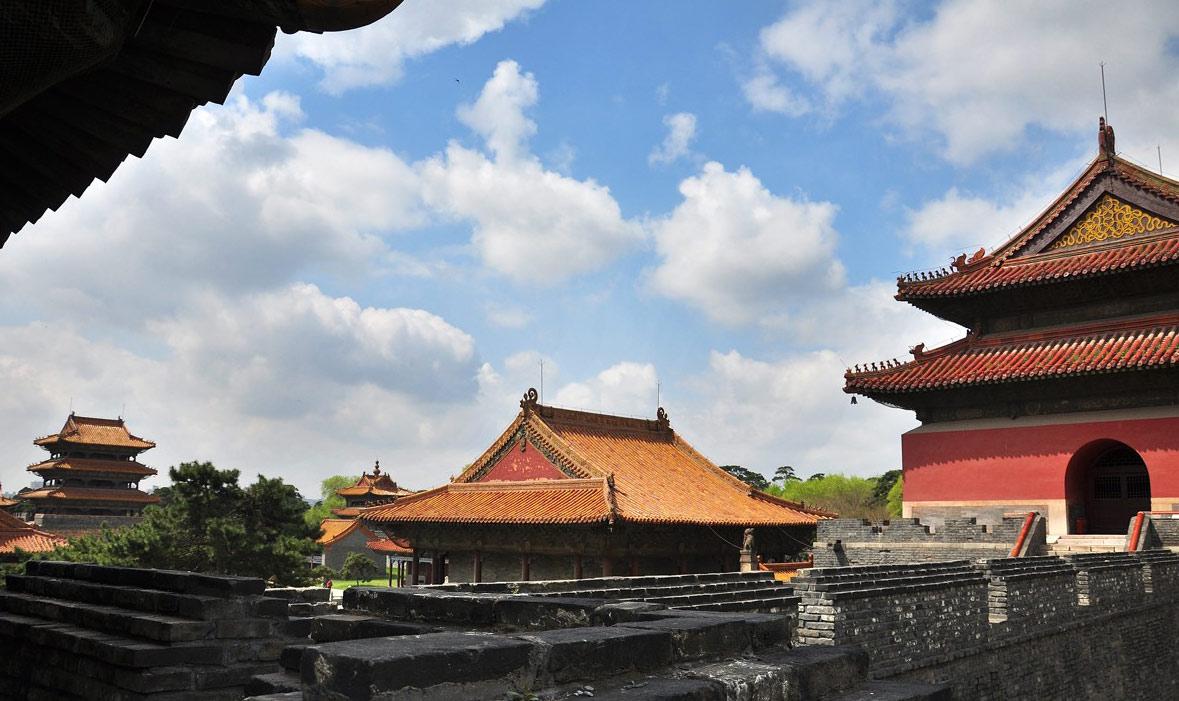 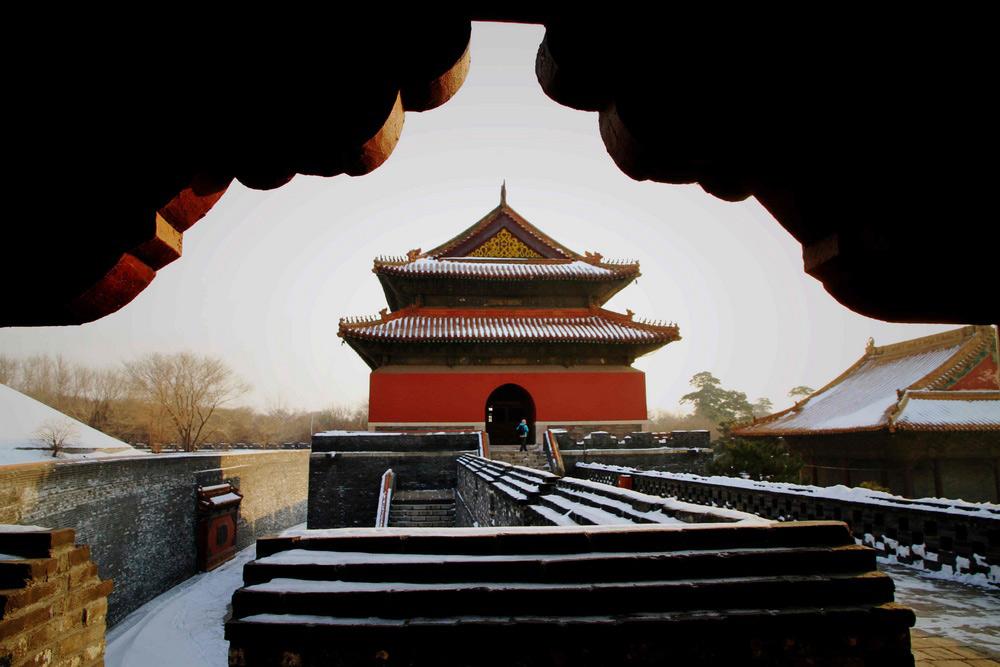 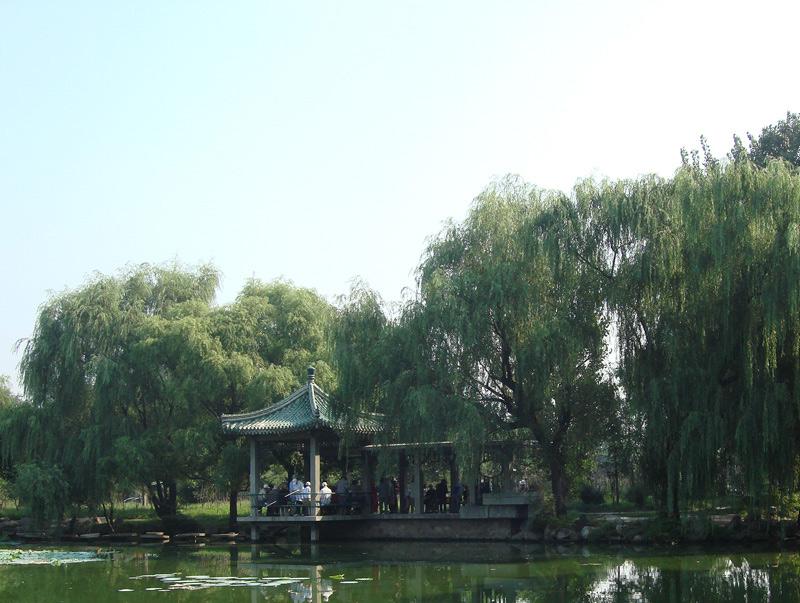 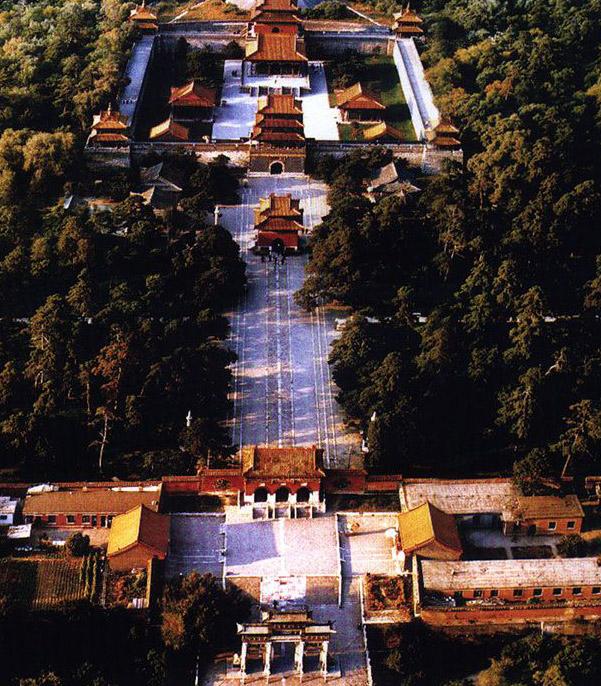 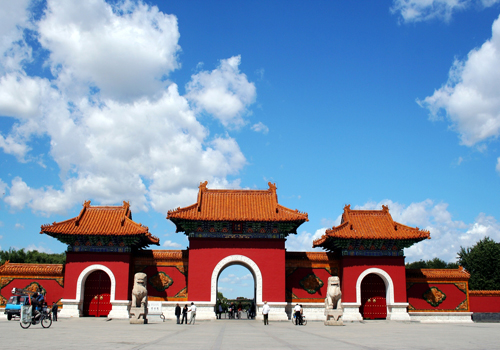 Qingzhao Mausoleum is the tomb of the Qing Dynasty’s second emperor Huang Tai Ji and his empress. It covers 160 000 square meters, which makes it the largest and grandest architecture of the three most famous mausoleums in northeast China.
Qingzhao Mausoleum consists of three parts from south to north: forepart - Dismounting Monument to the Red Gate, including Ornamental Column, Stone Lions, Dolmen and Dressing Hall;  central part - from Red Gate to Party; posterior - the main buildings of the mausoleum, including the Party House, Crescent House and Treasure House.
The sceneries inside the mausoleum are incredibly beautiful and special. The old pine trees are towering; the woods and grasses are verdant; the water is rippling clear; the architectures are unique and grand - magnificent, majestic, but also graceful, and elegant.