As Confucius's Hometown and the Oriental Holy City, Qufu is located in the 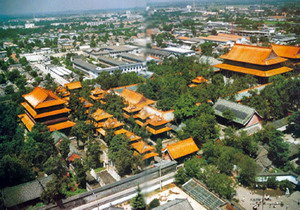 southwest of Shandong Province with a total area of 895.93 square kilometers. Qufu is the birthplace of Confucius, the famous thinker, educator and founder of the Confucian School and also the location where he taught his students and buried. During the long history of Chinese Feudal Society, Qufu was always the holy city and it is also called the Eastern Jerusalem by the western people. Listed as one of the first historic cities of China, Qufu City possess a long history, various relics, beautiful landscapes and rich natural resources, a truly field of treasures in the middle and south of Shandong Province.

Qufu is a residential center of East Yi Ethnic Groups, the main district of Dawenkou Culture and Longshan Culture and a city of Chinese rites and music. Confucius was born in Nishan, grew in Queli, gave the instruction in Xingtan, held position in Ludu and was buried in Sishang, leaving Qufu many relics. Totally, there are more than 300 historical units and 112 key historical units, among which the Sankong (Temple, Mansion and Cemetery of Confucius) is the most important one and was listed as World Heritage in 1994. Besides, relics such as Shouqiu (Huangdi Emperor’s birthplace) and Shaohao Mausoleum (Chinese Pyramid) are well known as well. The Chinese International Confucius Cultural Festival is held every year from September 26th to October 10th. 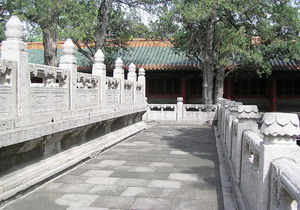 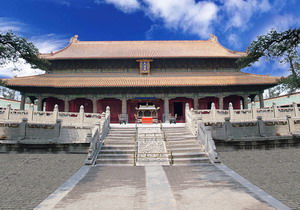