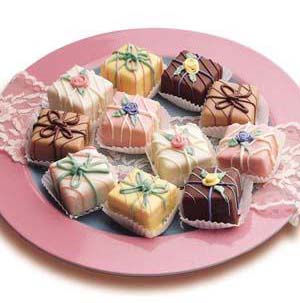 Local flavor snacks in Qufu include smoked bean curd, cakes of Confucius mansion, pancake made of millet flour and so on. And they are selling around the city here and there.

The banquet of Confucius mansion used to serve distinguished guests, and be held for birthday, wedding, funeral and festa. And now, it is an indispensible part of the Shandong cuisine, including ducks (神仙鸭子), sea cucumber (一品海参), biltong (孔门干肉), mandarin fish (花篮鳜鱼), tofu (一品豆腐). You can try this banquet in many large restaurants in qufu.

Smoked bean curd is the traditional snack with unique flavor. You can try it in different ways, such as by stewing or as a cold dish. Walking to the stalls in the city, you can find how the seller how to make the dish - frying the smoked bean curd and meat together in the pot before adding some seasonings.

Enjoying a long history and passing from generation to generation, cakes of Confucius mansion are unique desserts of the city, varying from season to season. In the summer, green bean cake, chestnut cake, and cake made of glutinous rice served cold in summer are available. In winter, you can try other cakes such as smashed bean bun, ham and sesame cake. But such cakes as fried glutinous rice balls with sesame, crisp like chrysanthemum are available throughout the year.

It is one of the distinctive dishes in Qufu. On the plate, you can find two chickens of different flavor. Legend has it that the beauty Yu Ji in the Spring and Autumn Period (770-476 BC) once paid a visit to Confucius temple and saw the powerful Xiangyu, then asked her father to invite him to dinner and made a dish herself called double chickens. Since then, the dish came down.

Gulou South Street (鼓楼南街) – many restaurants and shops are on and near the street, to some extent, it can be counted as the gathering place of Qufu food, and a relatively bustling street of the city, where you can try various sorts of snacks and buy some for your family and friends.