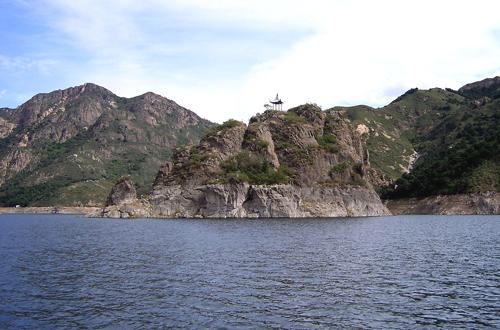 There are 45 bus routes running in downtown Qinhuangdao by 2010, east to Shanhaiguan Development Zone, west to Beidaihe Railway Station, south to coastal Dongshan Outdoor Bathing World, and north to Liyuan Village of Beigang Town. In addition, 7000 taxis serve in the city meanwhile.

Coaches departing to neighboring cities (including Beijing, Tianjin, Chengde, Zhengzhou and Shijiazhuang) are available every day.

Shanhaiguan Airport is the first airport of Qinhuangdao. It is about 12.6 km from the downtown (Haigang District) and about 5 km from Shanhaiguan District. As present, it has opened 14 flights to Shanghai, Shenzhen, Wuhan, Dalian and Shijiazhuang daily. Beidaihe Airport located in Changli County – the second airport of the city – is under construction and is expected to be put into use in 2012.

Qinhuangdao Port is a good unfrozen harbor in North China as well as the biggest port of energy exporting in the world. Passenger liners come and go between Dalian and Qinhuangdao weekly. The ticket prices rank from CNY69 to CNY 338, normally departing from Qinhuangdao on odd days and return from Dalian on next day. It takes about 14 hour for a one-way trip.