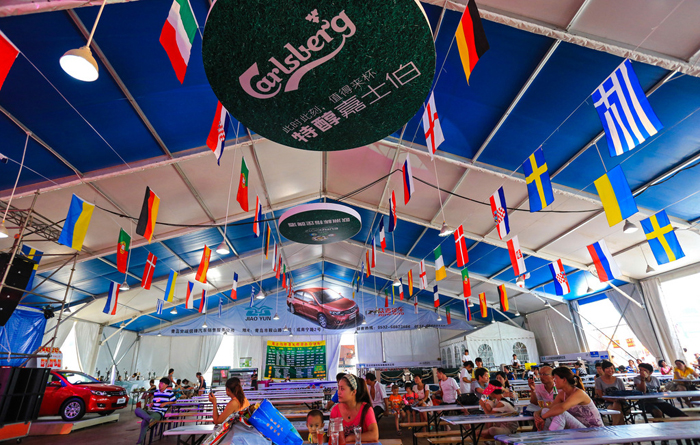 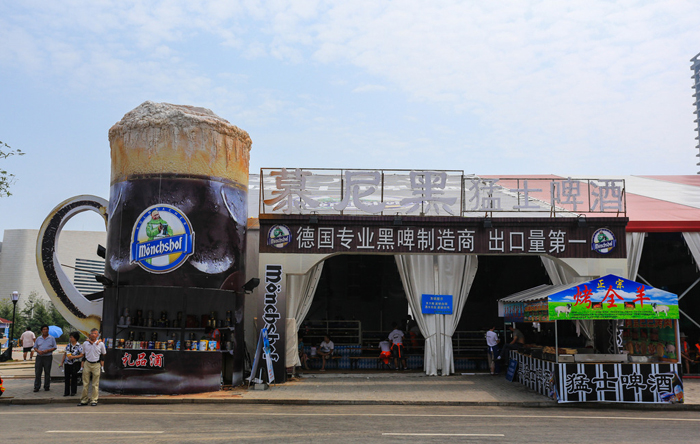 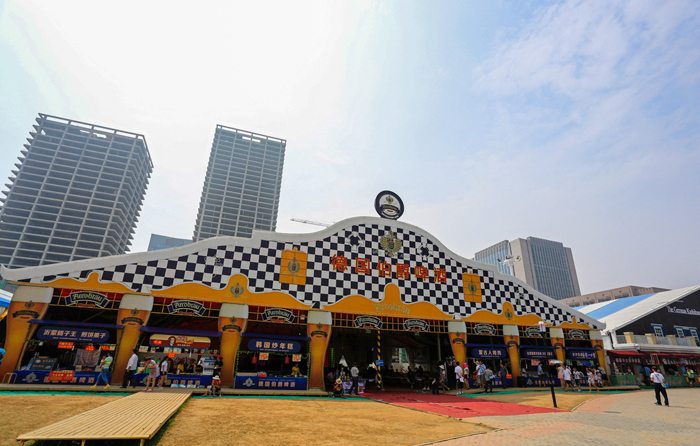 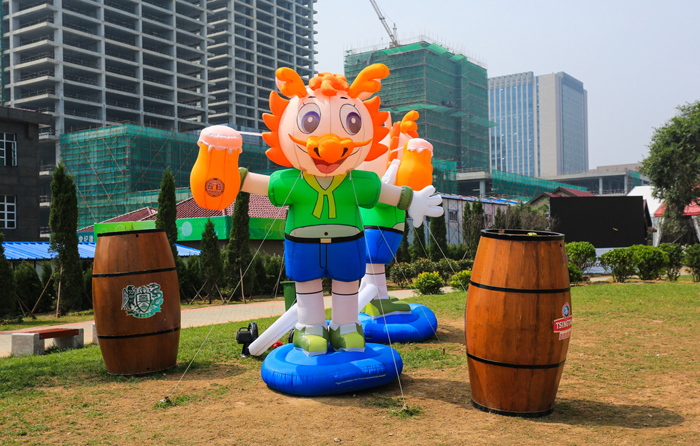 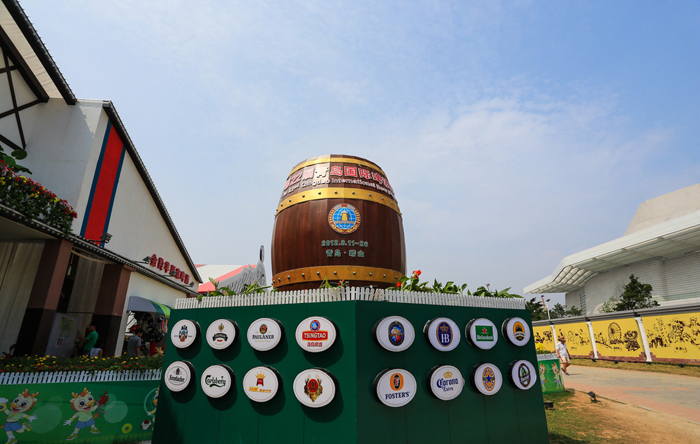 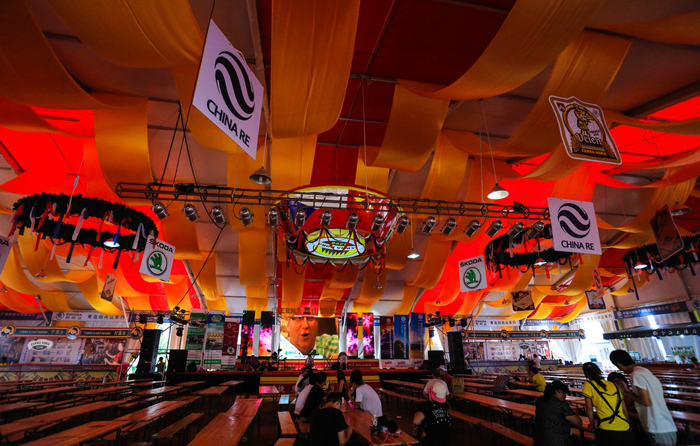 Initiated in 1991, the Qingdao International Beer Festival annually opens from the second weekend of every August, and lasts for 16 days. It is a large scale celebration of tourism, culture, sports, economy and trade. Conducted for over 20 years, the International Beer Festival has been developed to a symbol of Qingdao City with completed infrastructural facilities and considerable popularity and influence. Consisting of opening and closing ceremonies, beer enjoyment, evening party, parade, beer drinking competition, tourism, economy and trade exhibition, and other various recreational activities, the International Beer Festival of Qingdao is the largest beer party in Asia, attracting beer manufacturers domestic and from dozens of foreign countries and regions, as well as millions of visitors every year. 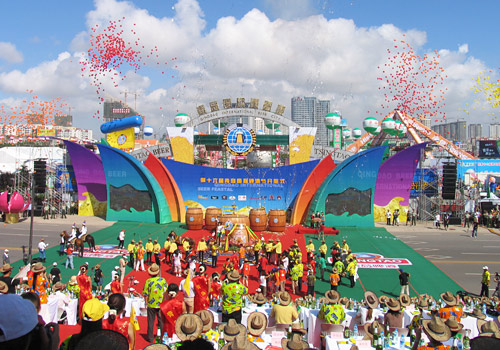 Stepping in the International Beer Town, it is the symbolic tall and big sculpture- a large goblet with the pattern of a world map erecting in the center of the round pool, and beer foams overflow endlessly from the goblet. Behind the pool is a half-moon-shaped stone wall inscribed the Chinese of International Beer Festival. All of the illuminations, fountain and spouts create a just gorgeous image in particular in the evening. 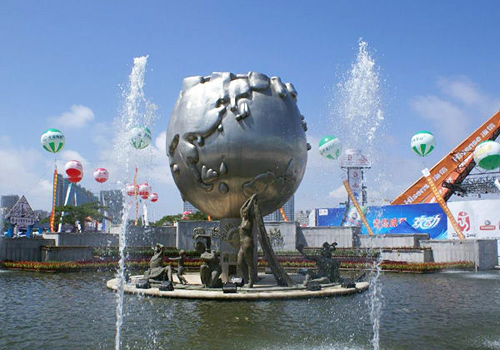 On the spacious lawn of the square, there equipped with an open air stage and thousands of seats. In the southern side of the Beer Hall are two peculiar-shaped buildings, serving rich cate, beer drinking competition, fashion show, and colorful entertainments during the beer festival. In the chief hall, a minitype beer production line is set, from which visitors can not only taste fresh made draft beer but also watch the overall production process of beer. In the northern garden of the International Beer Town, there are planted famous flowers and trees dotted with sculptures; while in the eastern and western sides is the bustling beer exhibition area with celebrated beer brands and gourmet food.