Pingyao County is a famous tourist spot lying in Shanxi Province, North China. Renowned as one of the best preserved ancient-walled city of the country, Pingyao has a tremendous movie-set charm that was recognised at a worldly extent by the ranking to UNESCO World Heritage Site list. Being an embodiment of China's history and harmony, Pingyao is the perfect place where entering into a deep insight of China. With its cobbled streets, grey walled houses and typical Chinese red decorations and architecture, the city is just a charming place to anyone. Travelers and backpackers looking for some outstanding discoveries would be pleased by the exploration of the many little streets that make the fame of this historic city. Part of what we call classical China, Pingyao is a marvel for the eyes and a dream for the mind!

History of Pingyao – China's most preserved historical and ancient town 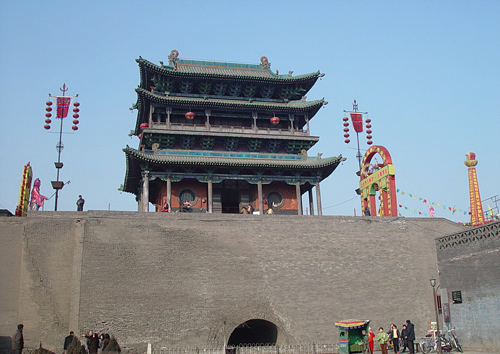 The history of Pingyao is what we can call a long one. The city witnessed many historical events that influenced its architecture and condition as a jewel of culture and history. Due to its location in North China, the city undertook many changes of kingdoms. Belonging to the Jin Kingdom during the Spring and Autumn Period (770 BC - 476 BC), to the Kingdom of Zhao during the Warring States Period (475 BC - 221 BC) then under the rule of the Qin Dynasty and called "Pingtao" for changing again to "Zhongdu County" during the Han Dynasty (206 BC - 220 AD), Pingyao history has gone through a long way. Home to those many different influences, the city has kept lots of historical sites and relics that vote for its high uniqueness among the circle of ancient Chinese towns. Being an important economic town and the birthplace of the world’s first banks and cheques during the Ming (1368 - 1644) and Qing (1644 - 1912) dynasties, Pingyao ranked as a thriving merchant town where the first Chinese money exchange shops were opened. This position of Pingyao was a chance for the economic development of Shanxi Province even if the region fell into deep poverty during the 20th century, a reason for the non-modernization of its ancient cobbled streets and buildings. The uniqueness of Pingyao Old City and the outlying Zhenguo Temple and Shuanglin Temple were ranked to UNESCO World Cultural Heritage Site in 1997. 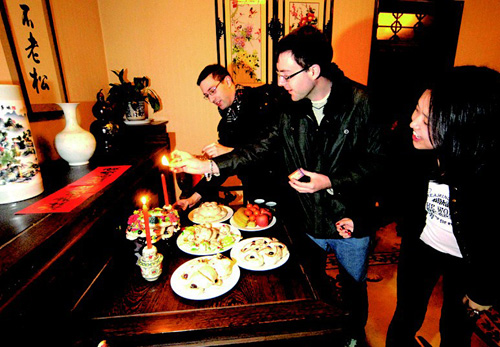 Today, Pingyao is a great tourist city that travelers love to walk by to explore the many secrets of its preserved architecture. Being ranked as one of China's best scenic spot among Ancient Chinese cities, Pingyao Old City is a jewel from where has developed a more modern area at just a few kilometers away. The renewed dynamism brought by super markets, hotels and entertainment stores in this area give more vitality to tourism and the valuable cultural heritage of the county. The City Wall built in the 3rd year of the Hongwu Emperor (1370) is one of the best top things to do while touring Pingyao, as it enables to have a panoramic view over the Old City. Exploring the ancient Ming and Qing streets are also the best options during the visit: memorable pictures of the site can be taken for a deep insight on China's culture. A city visit of great beauty is waiting for you!