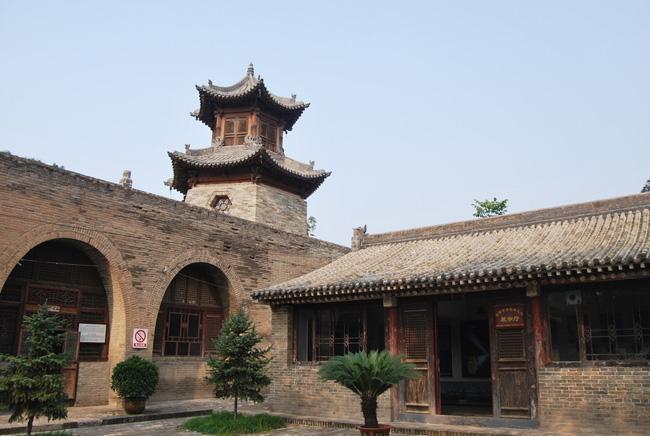 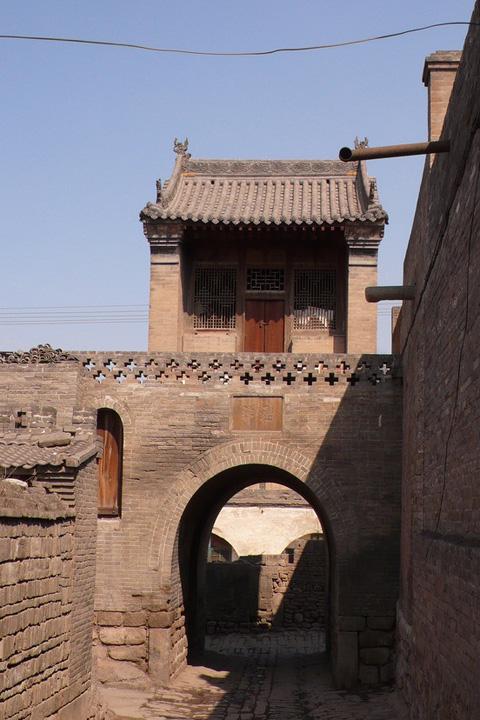 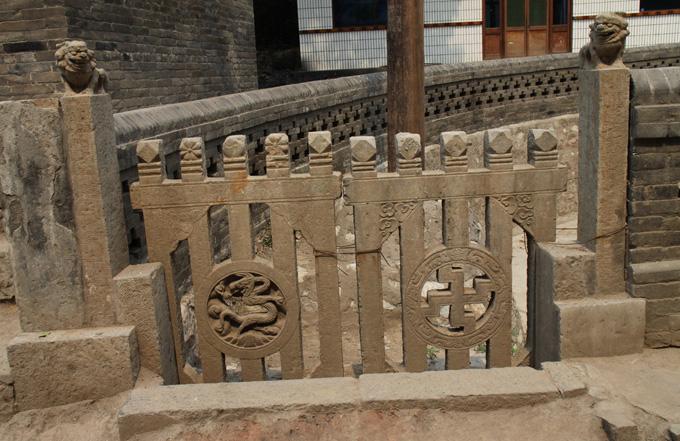 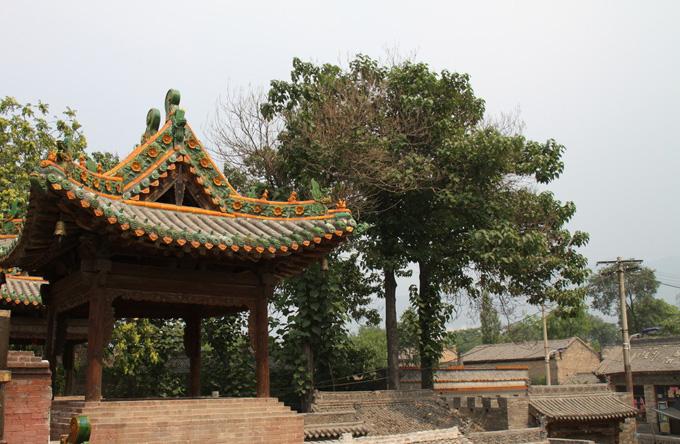 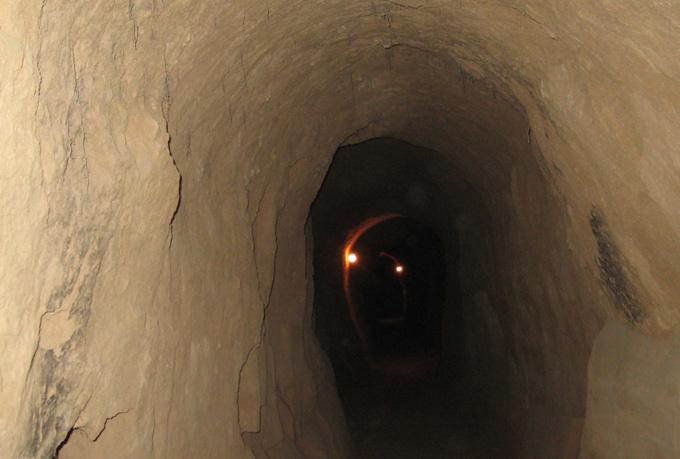 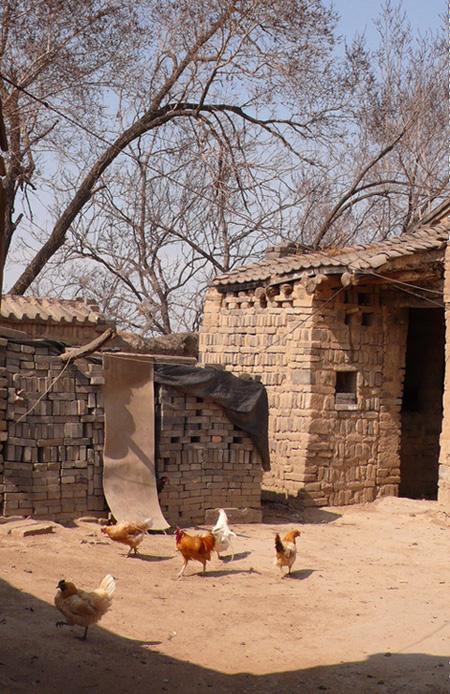 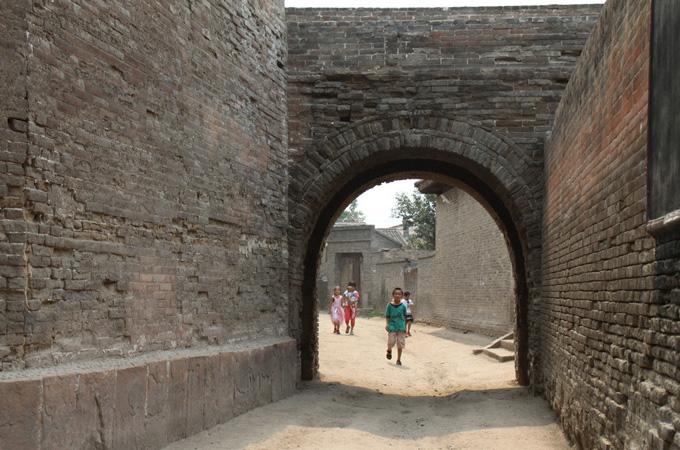 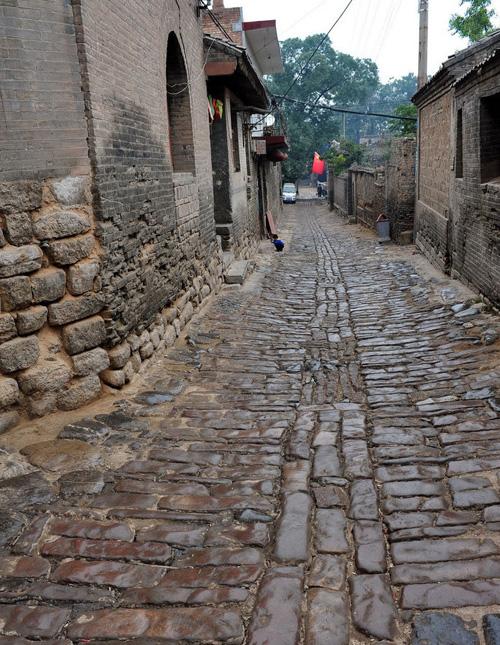 With the ancient city wall and castle overground and the "myriametre Great Wall" underground, the Zhangbi Ancient Castle is a well-preserved pocket castle combining military, inhabitancy, production and religion; it is a village hailed as a profound history with multi-ethnic cultures and inhabitants of dozens of family surnames. The ancient castle boasts a good deal of cultural relics and historic sites of great values for both academic research and tourism, such as the Archeological Area of Xia (2070-1600B.C.) and Shang (1600-1046B.C.) Dynasties, the Ancient Tunnel of Sui (581-618) and Tang (618-907) Dynasties, the Ancient Tombs of Jin Dynasty (1115-1234), the Ancient Stage of Yuan Dynasty (1271-1368) and ancient dwellings of Ming (1368-1644) and Qing (1644-1911) dynasties, especially, the rare Ancient Tunnel of Sui and Tang Dynasties, the Ancestral Temple of Liu Zhouwu, and the Colored Glaze Tablets can be only found in Zhangbi. 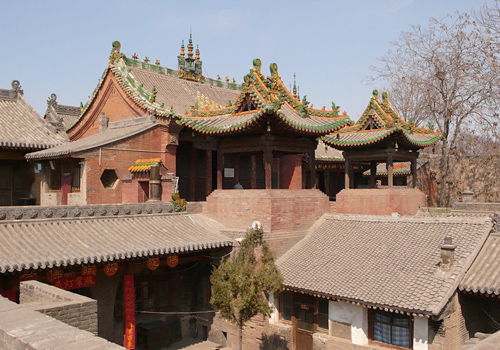 Located in the precipitous section of Jiexiu Basin with three sides of ravine and one side of plain, the Ancient Castle of Zhangbi stands 1040 meters high above the sea level; taking its full geographical advantage, it constructed a three-layer and 3000-meter-long tunnel underground for both offence and defence, and a city over ground for weapons and soldiers. The old city covers 120 000 square meters and has a 1300-meter-long city wall. On both sides of Longji Street which was made of red rock in the city are five well-spaced temple complex.

Zhangbi is unknown to people before it was elected as one of the Top 10 Charming Ancient Town of China in 2005. Afterwards, the ancient castle was also elected as a famous historical and cultural village for a series of Chinese cultural essences. On May 25th, 2006, it was even listed in the six batch national key cultural relics protection sites by the State Council for its historic buildings.

Jiexiu City and its surroundings, in late Sui Dynasty and early Tang Dynasty, was a battlefield. According to tablet inscriptions, the history of the existing castle and tunnel can be dated back to 617 when the local Dingyang King of Sui Dynasty, Liu Wuzhou (unknown-622) resisted Li Shimin (599-649, the second emperor of Tang Dynasty) though no exact date found. The remains of the city is praised as the one and only by domestic and overseas military authorities for its vertical criss-cross tunnel endowed with military functions and facilities, like monitoring, commanding, communication, air and water supply, stable, granary, and station troops. 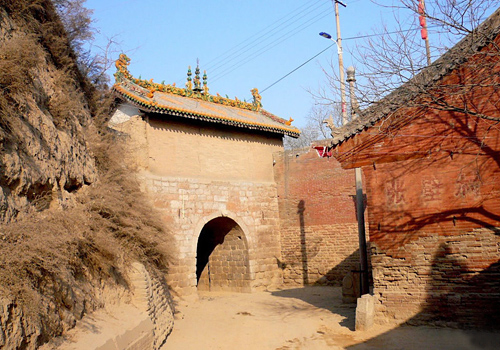 The structure of the ancient city of Zhangbi

The entire castle was built according to the terrain, higher in the south and lower in the north. In the south of the ancient city are three passageways outwards; in the west is a trench in steep slope and 10 meters deep; and the south city occupies a commanding position also with a trench. The city wall was built of earth with a height of about 10 meters. Between the South Gate and North Gate of the city is a 300-meter-long street with 3 east lanes and 4 west lanes. The North Gate of Zhangbi Castle has a barbican, and the South Gate was made of stones with a gate pavilion. Exquisite stores, simple dwellings, resplendent temples covered with colored glaze, ancient Sophara japonica embracing a willow and the rare glaze tablets decorate the ancient city of Zhangbi with great antique beauties.

The underground tunnels of the castle extends in all directions and connects the over ground on all sides. Divided into three layers, the first layer is only 1 meter below the ground, the second is about 8-10 meters lower than the ground and the third layer is even 7-10 meters deeper than the second. Each layer was the soil structure with a height of 2 meters and a width of 1.5 meters. Air holes were reserved in tunnels, and small holes were dug on the tunnel wall with a certain distance for displaying oil lamps. The first layer was equipped with grooves for livestock, the second layer has caves (each hold 2-3 people) in every section, and the bottom layer was built with many a cave (from 2 to 5 meters deep) to store up grains. Such an enormous and complicated underground construction can not be only built by financial resources and labors of the residents but by a government for military necessity. 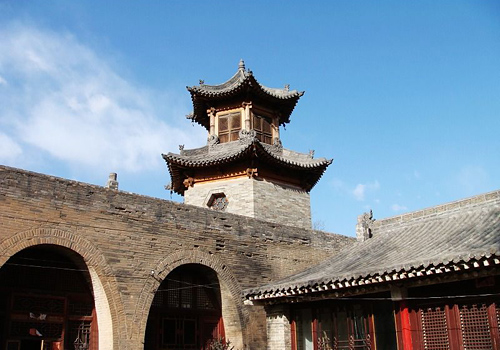 Moreover, in Zhangbi Ancient Castle, more than 10 wells are found, 8 of which are confirmed to connect the underground tunnels.

Pocket size castle, a city overground- Zhangbi Ancient Castle is the only castle relics in China with dual-usage for both military and civil; it is also a best-preserved pocket castle in the country which combining military, inhabitancy, production and religion.

A mazy tunnel, a city underground- under the ground, Zhangbi presents another amazing city, which is a mighty defense system as well as a mystery equipping with manger, general kiln, wells, granary, flood discharge and anti-blocking facilities, air holes, communication facilities and assassinate organ.

Temples and amusement palace, a rare intensive construction- apart from the sizable military fortress, numerous temples are the distinctive feature of Zhangbi Old City. Most of the existing 16 temples were built on the city wall nearby the South Gate and North Gate. It is unique and mysterious that such a small village possesses so many Buddhist and Taoist temples. 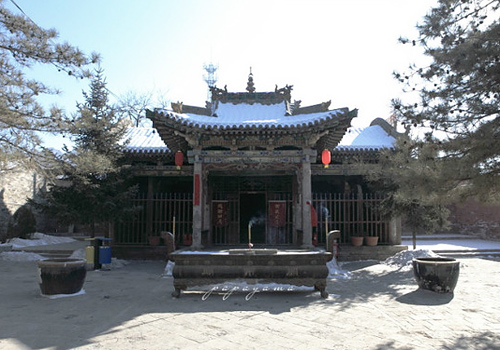 Zhangbi Ancient City boasts many a well-preserved magnificent ancient architecture, most of which are the remains of Ming and Qing dynasties. The most famous one is the Kongwang Buddha Palace of Ming Dynasty; the three-hall palace faces south was built on the North Gate. In the hall is the sculptured Kongwang Buddha, on the wall are the mural portraying the story about the Kongwang Buddha, on the top of the hall are the splendid and vivid three-colour glazed pottery decorations of Ming style, and what is more precious are the two rare glazed tablets erected under the front porch of the palace. The tablets were burned from entire glaze in peacock blue. The top parts of the tablets are two green-yellow dragons playing with a pearl, on both sides are the patterns of blue-black dragon and flower decorations. The east tablet records the hard course on how the Kongwang cultivated to a Buddha, and the west one records the construction of the palace.

Besides, in the old city of Zhangbi, there are other preserved ancient architecture, such as Guan Yu Temple, Lv Dongbin Temple, Erlang Temple, Emperor Zhenwu Temple, Xinglong Temple, and so forth. The luxuriant Sophora japonica embracing a willow located in the west part of the street add spice to the ancient castle which was said to be built in Song Dynasty (970-1279).