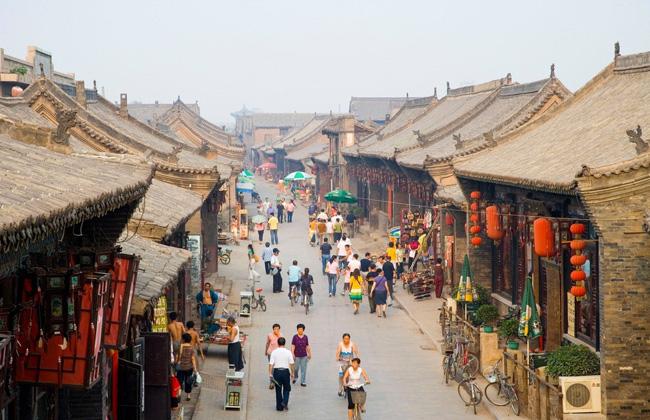 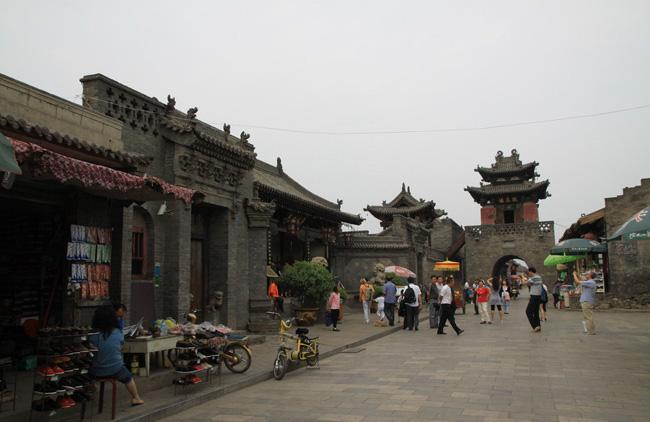 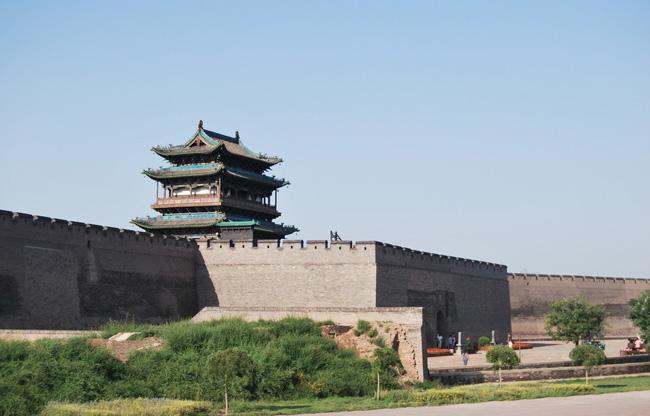 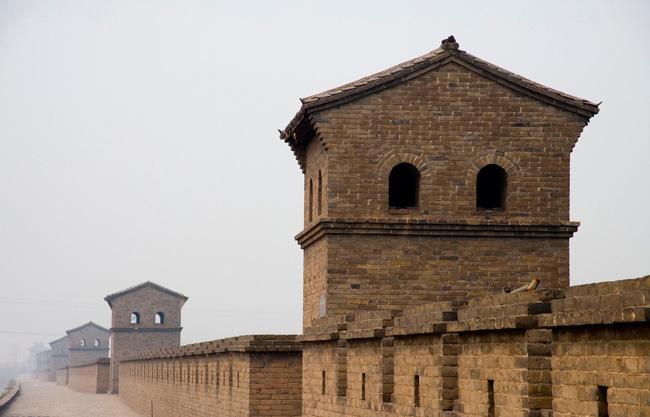 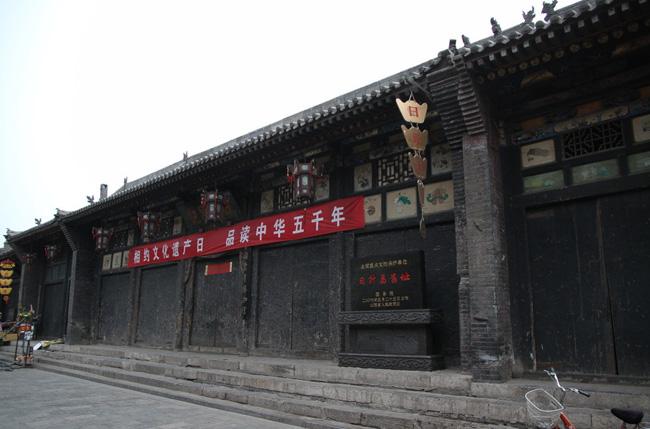 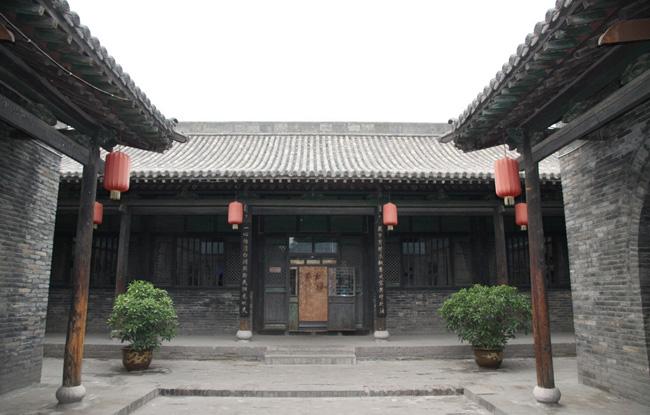 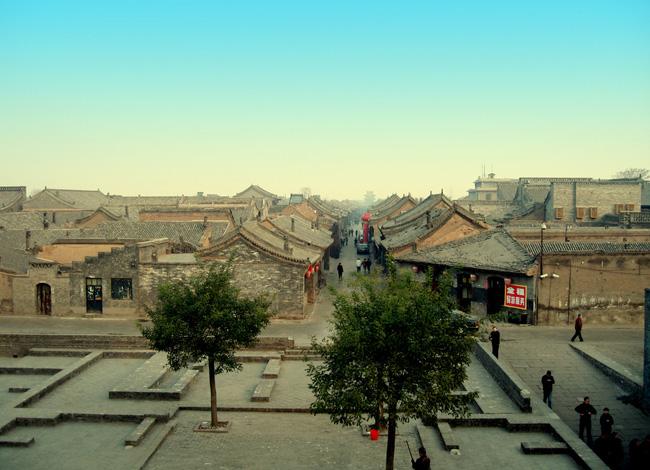 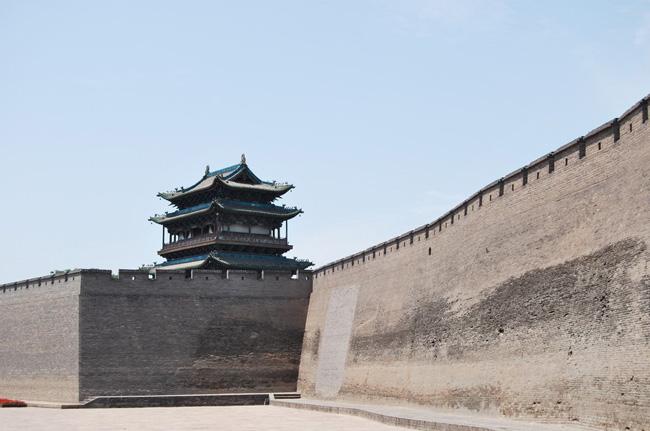 Chinese name: 平遥古城 (Ping Yao Gu Cheng) Location: Pingyao County, Jinzhong City, Shanxi Province. Opening time: 09:00-17:00 Ticket: There is no admission fee for entering Old Town of Pingyao, but if you want to visit most scenic spots of it, a through ticket is needed which is around CNY150. How to get there: Walk or take a tricycle from the railway station for several minutes, you will find the Old Town of Pingyao is right there. Best time to visit: Summer

The Old Town of Pingyao is a small town in Pingyao County, in central Shanxi Province. With a history of 2,700 years, it is the best preserved ancient city in China. It sets an example of what a Chinese city was like in Ming (1368-1644) and Qing (1644-1911) Dynasties. It entered the lists of UNESCO’s World Heritage Site in 1997. It is chosen as one of the world’s 41 most visit-worthy places by New York Times because it integrally keeps ''old traditions''. 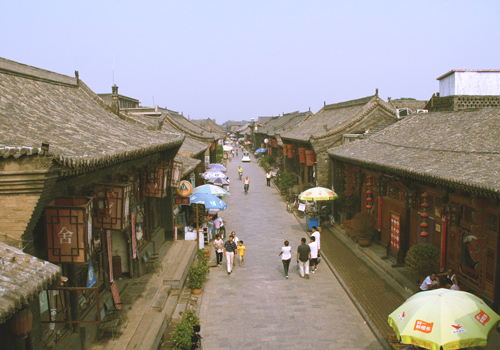 The town keeps much the same look as it was in Ming and Qing dynasties. A bird’s eye view reveals that the city looks like a turtle with six city gates, four turrets, and 72 defense towers along the six-kilometer-long city wall. The layout of streets is in the shape of a Chinese character ''土'' with four main streets and eight smaller streets and 72 alleys, showing the concept of city planning and city structure in Ming and Qing dynasties. More than 4000 quadrangle residential houses of Ming and Qing Dynasties are unified black-bricked walls and gray tiles. The streets and even shops show the old appearance in the past. Hence the city was dubbed as a living sample of Chinese old city.

History of Old Town of Pingyao

The history of Pingyao Old Town can be traced back to 2700 years ago during the reign of King Xuan (827-782BC) in Western Zhou Dynasty. It was originally called Gu (ancient) Tao (pottery). Since Qin Dynasty, the old town has been the county seat. It experienced expansion in the third year of Ming Dynasty when the city wall was built for military purpose.

After that gate towers, turrets and moat were built sequentially. In late Qing Dynasty, Pingyao was the financial center of China. At that time over 50 percent of banking institutions clustered in The South Street, which was hailed as ''Wall Street of China''. China’s first bank, ''Ri Sheng Chang'', was born in West Street of Pingyao Ancient City which was crowned as ''First Financial Street of Qing Empire''. 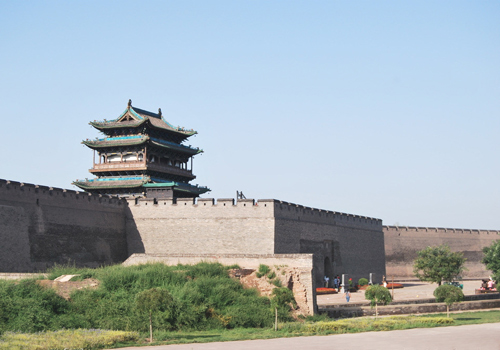 Ancient City of Pingyao boasts a mass of historical sites and old buildings. There are totally six Key National Protected Relics in Ancient City of Pingyao, including the city wall, Zhengguo Temple, Shuanglin Temple, Cixiang Temple, Wenmiao Temple. Three of them are said to be three treasures of Pingyao. The ancient city wall is absolutely one of them. First built in 1370 in Ming Dyansty, the wall stretches 6.4 kilometers, being the exsiting oldest and largest city wall. The city wall enclosing the city in a quadrangle shape, is 12 meters high. On the top of city wall are six gate towers which are 16.14 meters long and 13.72 meters high, looking grandiose. Four turrets are distributed on the four corners of the city wall built for defensive purpose. In addition there are soldiers-counting platform on the city wall. Outside the city wall is a city moat, both 4 meters deep and wide. There are six city gates, four in west and east, and two in south and north. The city wall has 3000 crenels and 72 water towers. It is said that they represent 3000 students and 72 disciples of Confucius.

Outside the north city gate is the Zhenguo Temple, whose Thousand-Buddha Hall was built during the Five Dynasties Period (in the tenth century), ranks the third ancient wooden architecture in China. Painted sculptures in the temple are rarely seen.

Shuanglin Temple is located to the southwest of the ancient town. It was built in the year of 571. It was well-preserved with more than ten halls and 2000 painted sculptures that were casted during Yuan and Qing dynasties. The temple is hailed as the treasure house of color modeling art. 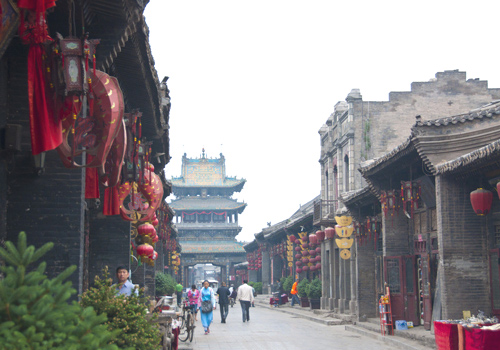 The Ming and Qing Street (South Street) is located on the central axis of Ancient Town of Pingyao. It is one of the most important and most bustling streets of the town. Walking on the street, you may feel back in time. Various wooden stores are well-arranged on the two sides, some selling local snacks, some selling souvenirs. You can also see some relics of ''Chinese Security Company''  that frequently appear in Chinese costume dramas. 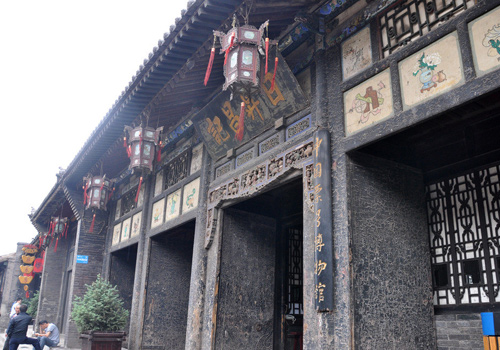 Rishengchang Exchange Shop is the first bank in China. It sits on the West Street of the old town. It now has turned into Museum of Chinese Bank. It once controlled the lifeblood of Qing Empire in 19th century. Ri Sheng Chang stands for the spirit of reform and innovation. Visits can see the prosperity of Pingyao in history.

Old Town of Pingyao was the county seat in the past. The Yamen served as the office of local government. It is located in the middle of Yamen Street, covering an area of 2, 2660 square meters. History records that it was first built in late Yuan Dynasty (1271-1368) and rebuilt in Ming Dynasty. There are complicated architectures, including three main gates, one memorial archway, three lobbies, five halls, etc.

The City Temple of Pingyao Ancient Town is Taoist Temple. It is centered by the Main Hall and made up of four parts. The temple complex is grand and well-preserved.  Confucianism, Taoism, and folk culture are represented by architectures, clay sculptures, mural paintings, wood carvings and tiles carvings in the temple.