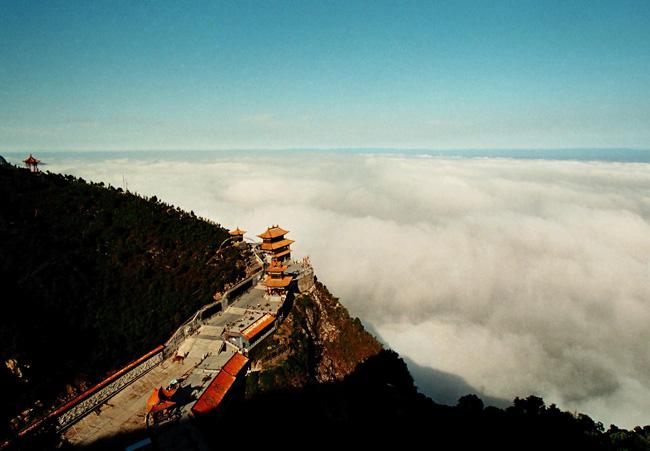 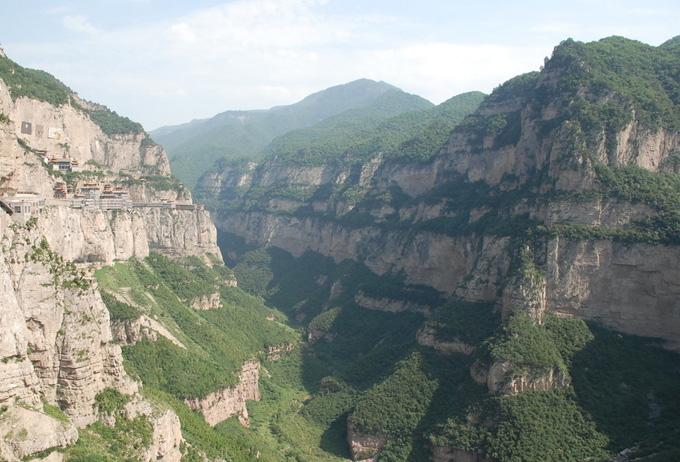 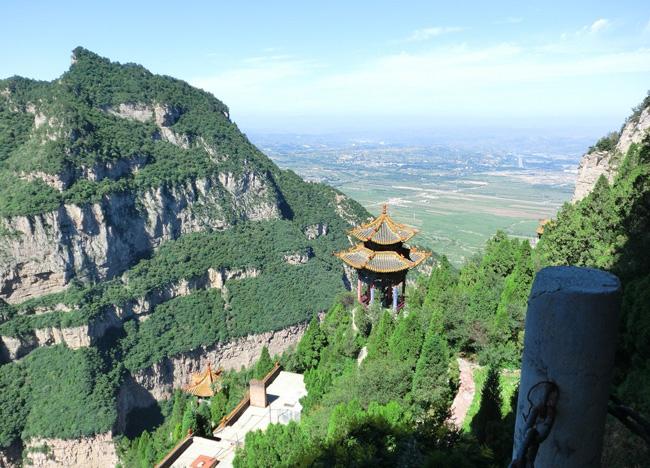 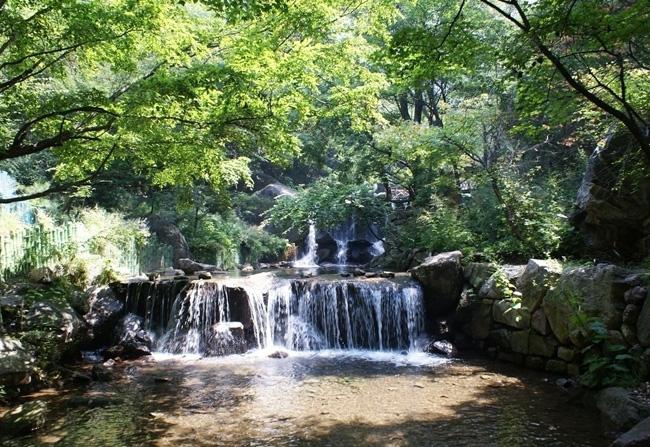 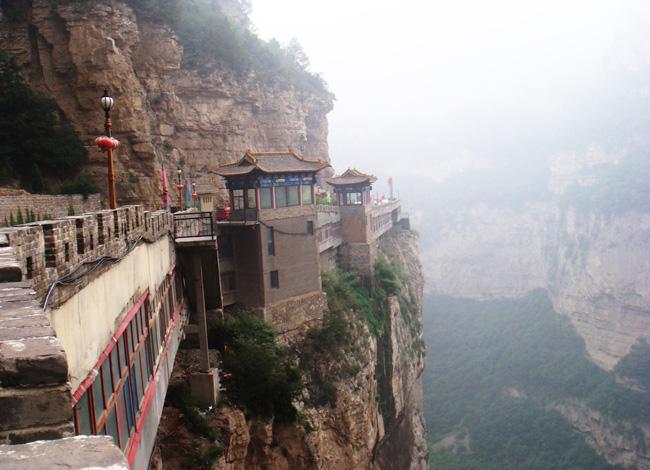 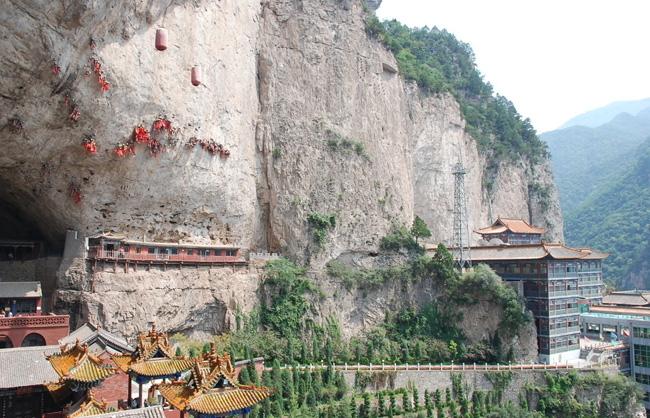 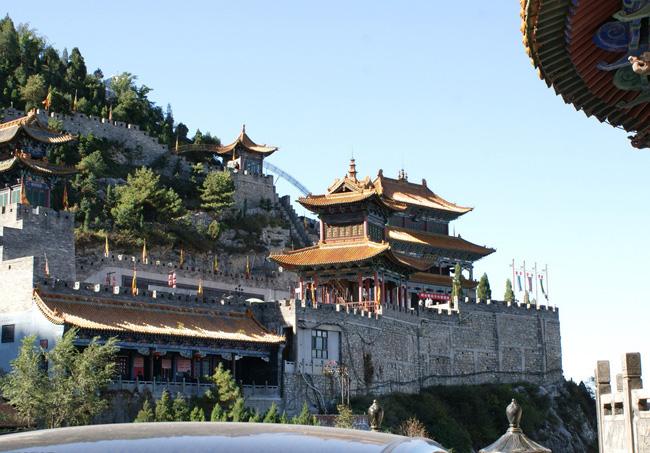 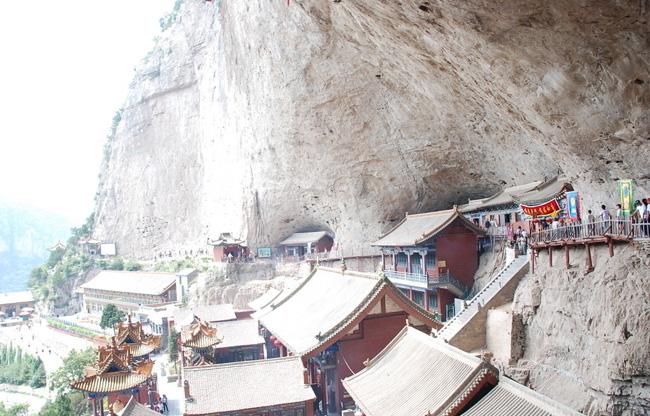 Introduction to Mian Mountain
Mian Mountain, also named Jie Mountain after Jie Zitui (a minister of Jin Kingdom in Spring and Autumn Period 770B.C.- 476B.C.), is seated on the south of Fenhe River with superb scenery consisting of steep mountain paths, sheer precipices, overhanging rocks and luxuriant cypresses and pines. It is hailed as the “Jiuzhaigou Valley in North”. Just seated on the junction of three counties, namely Jiexiu, Lingshi and Qinyuan, Mount Mian is a branch of Mount Taiyue northward with an altitude of 2566.6 meters. With a history more than 2640 years, Mian Mountain was of military vital importance since Tang Dynasty (618-907). It is such celebrated by picturesque scenery, historical and cultural relics and sites, Buddhist temples, revolutionary sites and profound culture as the birthplace of Chinese traditional Cold Food Festival (Tomb-sweeping Festival). Its queer rocks, mysterious caves, graceful water, ancient pines, ancient tablets of Tang Dynasty, famous temples with statues made in Song Dynasty (970-1279) and grand palace appeal to multitudinous tourists for thousands of years. 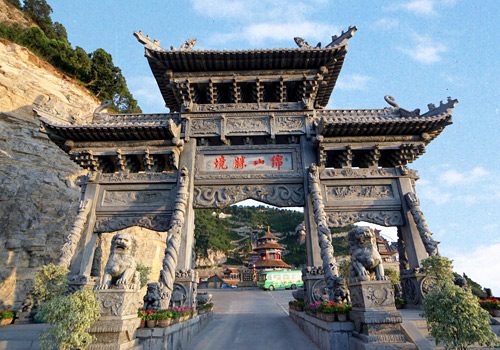 Legend of Mount Mian- the origin of Cold Food Festival
Among all the legends around Mian Mountain, the one of Jie Zitui is the most popular on people’s lips. Legend has it about 2000 years ago in Spring and Autumn Period, the prince of Jin Kingdom Chong’er was exiled, during which time, his accompanied minister Jie Zitui once cut his own flesh to feed his king in hardest days. 19 years later, when the prince returned to his kingdom and quickly developed the country to be one of the Five Hegemons, he rewarded all his meritorious ministers except Jie Zitui. Jie thought that his mission accomplished and he was unwilling to co-work with other utilitarian people, so he retired to Mount Mian with his mother. When the king learned the news, he was blushed for his carelessness and went to Mt. Mian to search Jie in person, but failed. Reluctantly, he ordered his follows to set the mountain on fire just on one side to force Jie out; sadly treacherous people deliberately set the fire on all sides of the mountain that the king finally only found Jie and his mother were burned to death under a big tree. To commemorate Jie, the king gave an order that on the deathday of Jie, smokes and fire were forbidden and people can only eat cold food; and the date gradually developed to present Cold Food Festival (also Tomb-sweeping Festival usually falls on April 4 or April 5).

Among all traditional Chinese cultural festivals, there are only two of them were created for historical figures, the Cold Food Festival for Jie Zitui, and the Dragon-boat Festival for Quyuan. 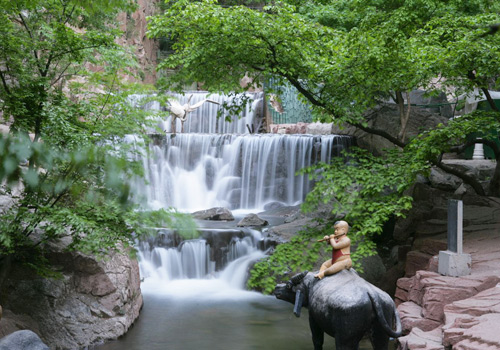 Peculiar- the Baofu Rock is so huge that embraces over 200 rooms and can hold 1-2 million people at a time.
Precipitous- the 300-m-bridge overhanging on the mountain, which is about 20 m away from the mountain top and 300 m above the valley, offers a precipitous but fairy adventure with floating clouds under feet. In addition, the 500-m-distance from the valley to Mosi Tower is inset on the cliff with an angle of 75 degrees, the precipitous of which can compare with that of Hua Mountain of Xi’an.
Graceful- the natural sceneries of Mount Mian is graceful with waters, valleys, plants, twisting paths, rocks and different falls. Hailed as Northern Jiuzhai Valley, it boasts both the steep of northern mountains and the elegant of southern hills. 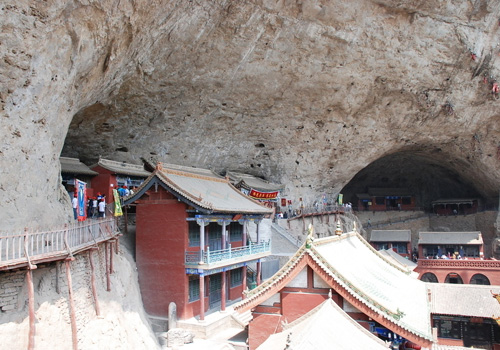 Rich- there are altogether 88 temples and over 2000 halls on Mian Mountan, which tops all other mountains in China.
Exquisite- though destroyed for many times, Mount Mian fortunately preserves a great many of ancient architecture, stone tablets and painted Buddhist statues with great cultural values, ingenious skills and exquisite carvings.
Archaic- Tiewa Temple is the earliest Buddhist temple of China built in mountains, Baofu Temple was originally built in Three Kingdoms (220-265), Huiluan Temple was built before Tang Dynasty (618-907) and Wulong Temple was built before Northern Song Dynasty (960-1127).

Daluo Palace (大罗宫)
According to Taoism, the heaven inhabited by immortals has 36 layers, the Daluo Heaven of which is the top one. The Daluo Palace is up hanging on the precipice of Lion Peak with 13 storeys and a height of 110 meters. Hailed as the No.1 Taoist temple, it covers an area of 10000 square meters. With the architecture style of Ming (1368-1644) and Qing (1644-1911) dynasties, the imposing palace is gorgeous decorated with carved beams and painted rafters; having elegant features of primitive simplicity, it was once compared with the Potala Palace of Tibet, and legend has it that Jie Zitui has once watched a magnificent "Daluo Wonderland" here. 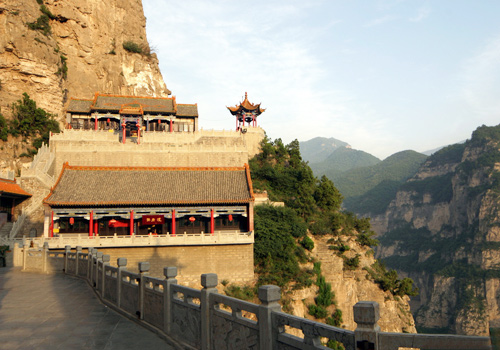 Baofu Rock (抱腹岩)
Baofu Rock, sits east to west, is 180 m long, 50 m wide and 60 m high. Consisting of two storeys, it embraces more than 200 halls and can hold over 10,000 people at a time, which is the only one of its kind in China. Yunfeng Temple inside the rock was originally built in Three Kingdoms with a history over 1700 years. The architecture style of the temple is on a par with the Hanging Temple in Mount Heng in Shanxi Province- the only existing combined temple of Buddhism, Taoism and Confucianism inset in a cliff.