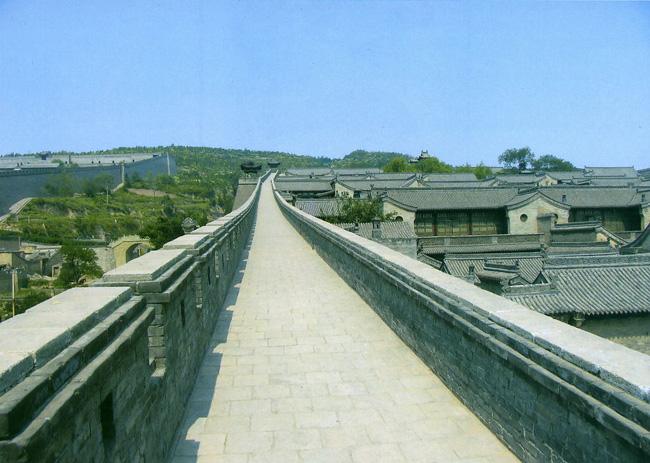 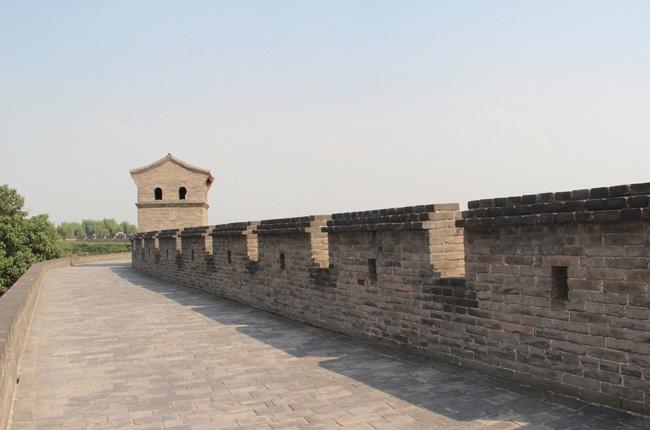 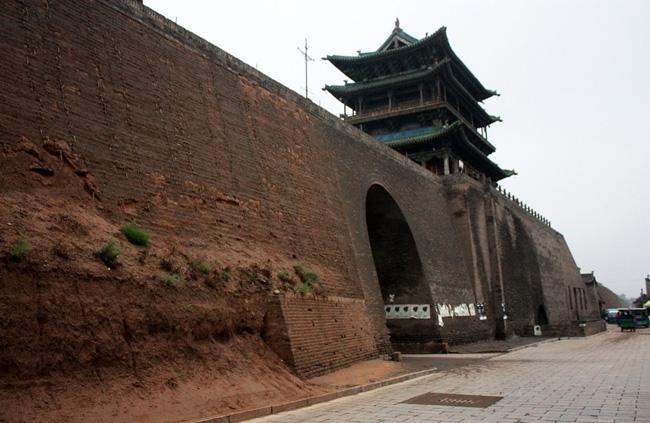 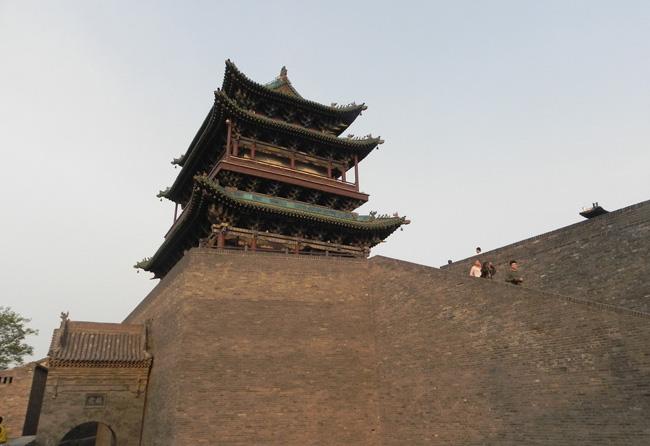 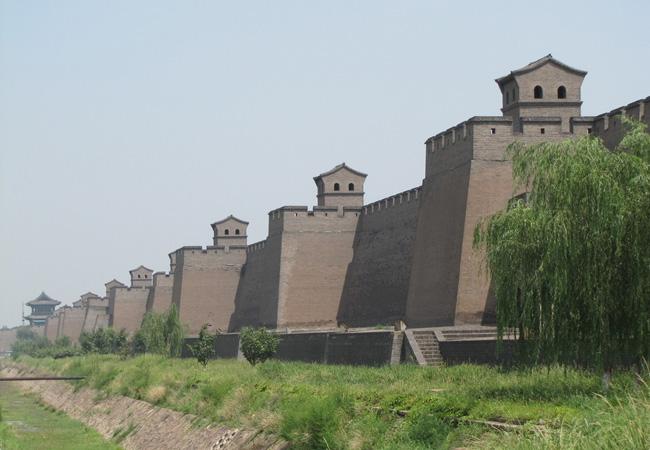 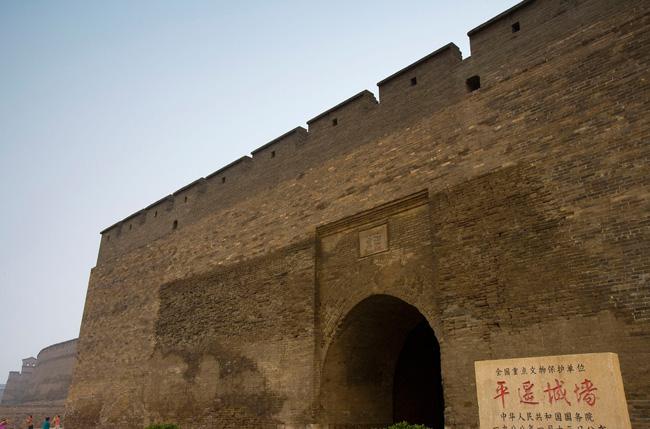 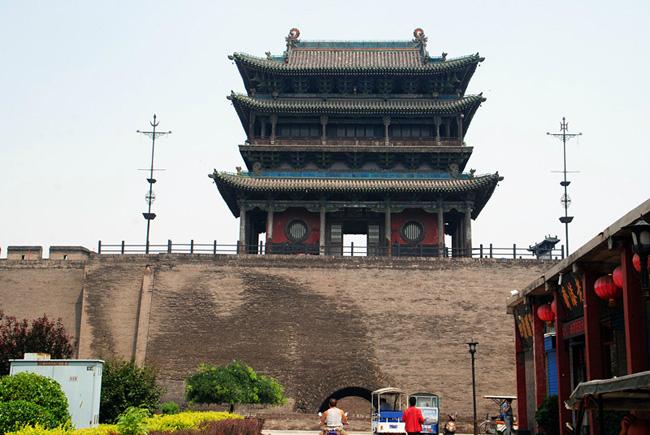 Chinese name: 平遥城墙 (Ping Yao Cheng Qiang)
Location: In the Pingyao County, middle part of Shanxi Province.
Admission fee: 150yuan for Pingyao Old Town, which include many scenic spots there.
Opening time: in spring and summer (usually from March to August) 08:00-19:30; in autumn and winter (usually from September to February) 08:00-18:00.
How to get there:
Walk or take a tricycle from the railway station for several minutes to the Old Town of Pingyao, and you can find Armed Escort Company Museum within the town.
Best time to visit: All year round.
Recommended time for a visit: two hours.

Introduction to the Ancient City Wall of Pingyao

Situated in the middle part of Shanxi province, the Ancient City Wall of Pingyao was first constructed in Western Zhou Dynasty (1046-771B.C), and was extended to brick-and-stone city wall in the year of 1370, thus being known as the largest-scale city wall of Shanxi, as well as one of the four most preserved ancient city walls around China. 6,157 metres long and around 10 metres high, the Ancient City Wall of Pingyao is of square shape, and after reparations still remains the style of Ming Dynasty (1368-1644), becoming one of the most invaluable materials for studying the establishment Chinese ancient cities. In 1988, the Ancient City Wall of Pingyao was designated as a Major Historical and Cultural Site Protected at the National Level; in 1997, it was in the list of world relics. 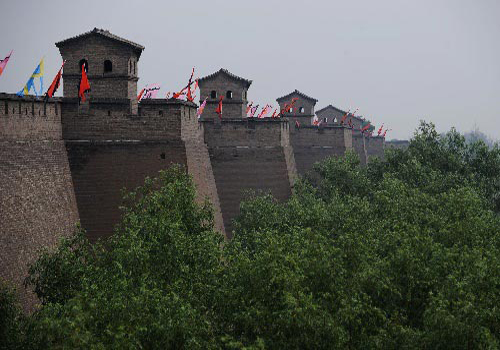 Architectural Features of the Ancient City Wall of Pingyao

Being square and with the perimeter being more than 6,000 metres, the Ancient City Wall of Pingyao is famous for its fine craft and materials and gives priority to defense. It has its south wall built along the meandering Zhongdu River, while other three walls in straight line. The city wall is eight to ten metres tall, the base is eight to twelve metres thick, and the top is three to six metres thick. The wall has six gates, two in the east and west respectively and one in the north and south respectively. In front of the gates are barbican entrances. In the four corners of the wall there used to be one turret respectively, but now they no longer survive. On the east city wall, Yin Jifu call-officers-roll platform is in sight. Within the city wall, two berms are available. On the city wall, parapet walls are 0.6 metres tall while machicolation is two metres tall. Seen from afar, the city wall resembles a tortoise and the layouts of the streets within the city wall look like the patterns of the shell. Thereupon, the Ancient City Wall of Pingyao is also called Turtle City. In the year of 2004, the south gate toppled down and was restored the next year. Other parts of the city wall keep well largely. Together with Xi’an City Wall in Shaanxi province, Jingzhou City Wall in hubei province, Xingcheng City Wall in Liaoning province, the Ancient City Wall of Pingyao is one of the most-well-protected ancient city walls across China.

What to see in the Ancient City Wall of Pingyao?

Barbican is used to reinforce defense capabilities of the city. The barbicans of Ancient City Wall of Pingyao form 90 degree angles with most gates, so even when enemies broke through the barbican, they cannot easily mount an attack within the narrow barbican, thus leaving the defenders enough time to counterattack via firing from atop. 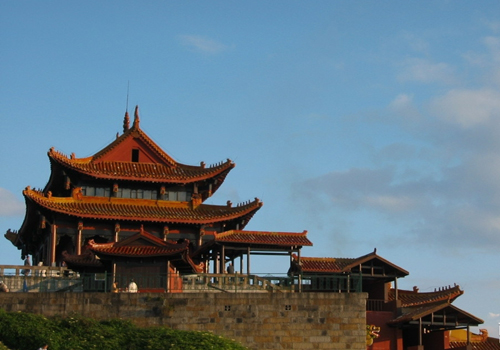 Built in the Ming Dynasty and restored in 1703, gate towers of Pingyao Ancient City Wall are six in total. Simple, elegant and stately, they are 16.14 metres tall, 13.72 metres wide and 10.04 metres deep. When wars broke out, generals can deploy the army here; therefore, gate towers are deemed as defense facility of vital importance. 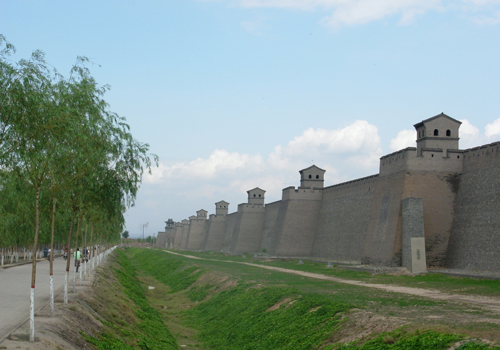 Located in between the upper east gate and lower east gate, call-officers-roll platform is now brick-made hathpace. It is said in the year of 827 B.C, Yin Jifu was assigned to lead soldiers to fighting against enemies successfully and later to construct city wall where he could train soldiers and practice martial arts. In the Ming Dynasty, people built Gaozhen Temple in honour of his exploits. And in later restoration, the temple became a part of the city wall. Looking afar from this platform, you will feel relaxed and happy.

Moats refer to the ditch surrounding the city. In the past, ditches were digged for preventing the invaders; later, as water accumulated, it transformed to be an insurmountable line of defense guarding the city during the war time. Suspension bridge is plank bridge spanning the moat, with one end attached to ropes so that the plank can be pulled back to cut the road when necessary.