Lijiang is a famous historical city located in the Northwest of the Yunnan Province. Replacing the former administrative region called in the same way, the city of Lijiang is famous for being the place where the Tibet-Qinghai Plateau and the Guizhou-Yunnan Plateau converge, a reason explaining its grandiose landscapes. The city is made up of one district and four counties and is particularly filled with large-scale natural sites, mountains and rivers. Lijiang is renowned for being the most visited site in the Province for its rich sceneries, cultural and historical sites of deep interests. Hiking, meeting Naxi minority people, ancient towns and districts, worldly famous sites…Lijiang has so many places of interests that every traveler passing by this city is just charmed by the scenery displaying in front of him. See Yunnan's most popular area, a worth-visiting tour in your travel to China! 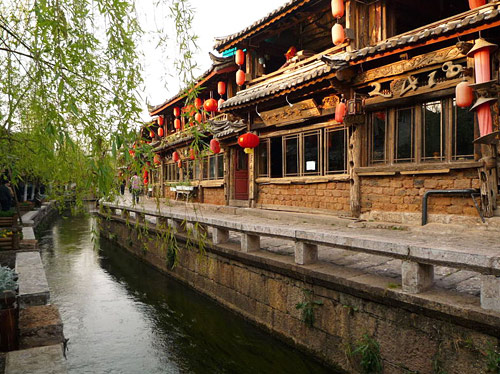 Lijiang has a rich history tracing back to more than 800 years ago. Originally, the ancient city was built at the end of the Southern Song Dynasty near to the place where the famous Jade River divides into three. Stop-off point on the journey of Tibetan horse and tea traders to Yunnan (the "Chama Road"), the ancient town of Lijiang was first inhabited by people of the Naxi ethnic minority during the Yuan Dynasty. Later on, historians attest that the place was under the rule of local commanders of the Mu Family (木氏) during the auspicious Ming (1368-1644 AD) and Qing (1644-1911 AD) dynasties. Lijiang is historically renowned for its waterways systems and bridges, a treasure that explains the importance of the city which can be even ranked as one of the best preserved old Chinese town in all mainland China. In 1996, a big earthquake (7.0 magnitudes on the Richter Scale) followed by mudslides made great victims in the population of the area, without even touching the old buildings of the Lijiang city. This is after this dramatic event that the Lijiang old town (towns of Dayan, Baisha and Shuhe included) was listed in 1997 as a UNESCO's World Heritage Site for its typical architecture of crisscrossed canals, little bridges and narrow streets. These little "Oriental Venice" are now protected and the city bursts with the vitality brought by travelers adventuring themselves in the city. In need of history, culture and amazing landscapes sceneries, Lijiang is just the place to go while experiencing a Westsouth China tour!

Lijiang nowadays – A historical and cultural jewel for tourists 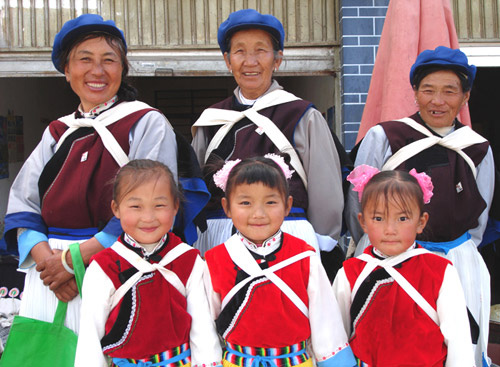 Traveling to Lijiang is a great opportunity to enjoy one of the best Chinese sceneries. Indeed, Lijiang is incredibly rich in cultural resources that may inspire respect and quietness to any visitor there, the beauty of the place being so huge. Being home to the Baisha Frescoes (a national historical relic), the "Naxi Dongjing Music", the nearby Baishui Terrace and the Old Town World Heritage Site, Lijiang is just a living example of the past. The area around is also a place of unique landscapes where hiking is the best way to enjoy the high mountains and rivers typical of the Yunnan Province. Featuring all these past architecture and culture, unique natural resources, famous hiking areas, special beverages and cuisines... Lijiang is a chance on your tour and the last places where you can witness and experience a traditional structure. After this magic experience, this will be difficult to say goodbye to the place!