Located in the middle and lower reaches of Yarlung Zangbo River, to the south of Gangdise Mountains and Nyenchen Tanglha, Lhokha Prefecture is a border area in southwest China of fundamental strategic location. It meets Tibet capital Lhasa to the north, Shigatse to the west, Nyingchi (the lowest location of Tibet) to the east, and India and the Kingdom of Bhutan to the south. Titled as A Valley in South Tibet with an average altitude of 3700 meters, Lhokha is the typical river valley in highland with fertile flatlands; it has pastures on the uplands of the two sides of river valley, forests on the mountainside, and fertile farmland on the valley bottom. Covering a fifteenth of the Tibet in terms of area with Tsedang County being the center, Lhokha Prefecture governs 12 counties and 80 towns which are inhabited by 14 nationalities, such as Han, Monpa, Luoba, etc. and has a total population of 318 000, of which 96% are Tibetans. 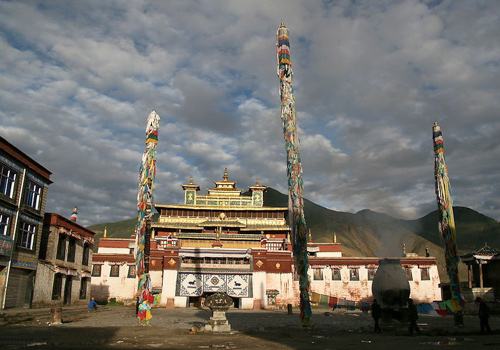 Legend has it that it is Hanuman and Raksasi who united together and gave birth to the land of Tibetans. With a time-honored history, Lhokha played a special role in the development of Tibet and Tibet culture; it is the place of origin of the Tibetans and its culture, and many a master mind in Tibet history was born in Lhokha. The place is proud of the top monasteries, holy mountains and lakes, the heroes of Nyatri Tsenpo, Songtsen Gampo, and the Princess Wencheng. Based on documents, folklores, and plentiful archaeological findings, it is confirmed that about millions of years ago, the ancestors of Tibetans lived in the area of Yalong River in present Lhokha. When the Yalong group turned into farming era, the Yalong Tribe was established at the early 2nd century B.C. by Nyatri Tsenpo, who founded the Bo Kingdom and the hereditary system of Zang-po (the king), and built the first palace in Tibet. It was during the rein of the 28th Zang-po that the Buddhism was introduced into Tibet, and it was in the middle of 7th century that the 32nd Zang-po, Songtsen Gampo who unified the whole Tibet, founded the great Tobo Kingdom and moved the capital to Lhasa. Though the political and military center had been moved to Lhasa as well, Lhokha maintained its special statues in the kingdom for a long history.

Lhokha nowadays – the first foothold for most travelers to Tibet 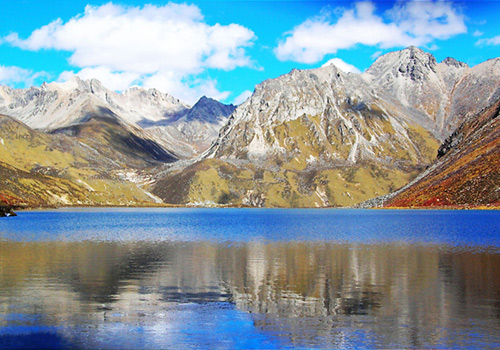 The location of Gonggar International Airport of Tibet, Lhokha Prefecture is the first foothold for most of the travelers to Tibet from home and abroad. As the cradle of Tibetans, Lhokha has much to offer and gathers entertainment, relaxation, scientific researches and exploration. It abundant in both natural resources and masses of historical and cultural relics: it has splendid landscapes of holy mountains and rivers, picturesque primeval forest, bracing extensive grassland, precipitous Yajiang Waterfall, the No.1 Monastery of Tibet - Samya Monastery, and prestigious cultural objects. There are multitudinous snow peaks and glaciers in Lhokha, more than 10 peaks standing over 6000 meters above the sea level, and more than 41 rivers. In addition, Lhokha provides with featured Tibetan souvenirs. With a long history of handicraft, the Tibetan wool products were made since Tobo Kingdom, and the local pottery jars, pots, basins, etc. are of super quality and competitive price.