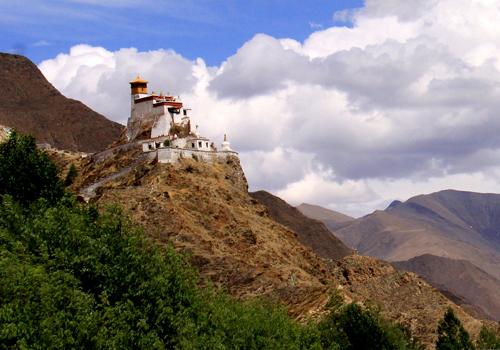 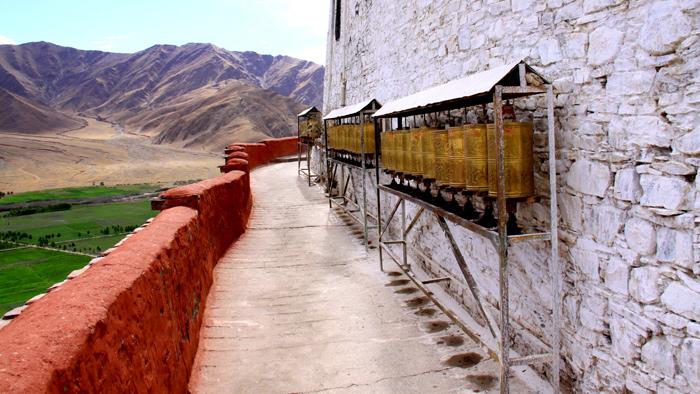 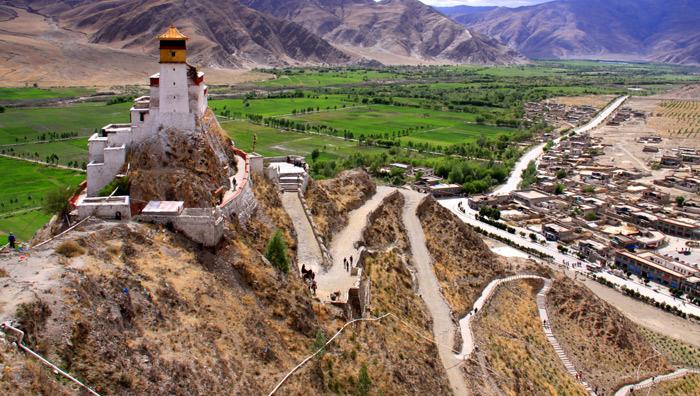 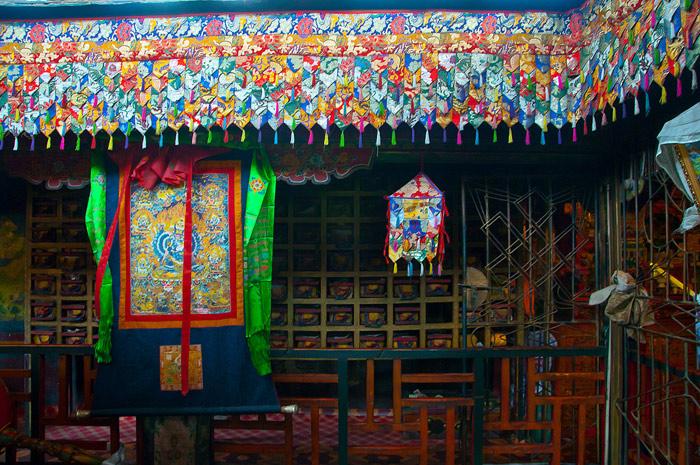 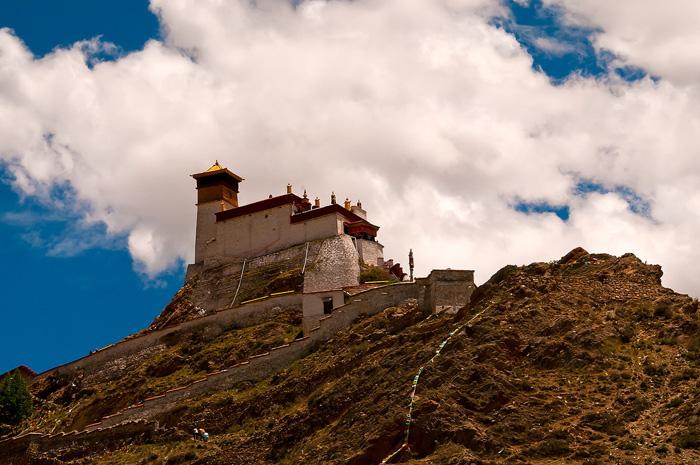 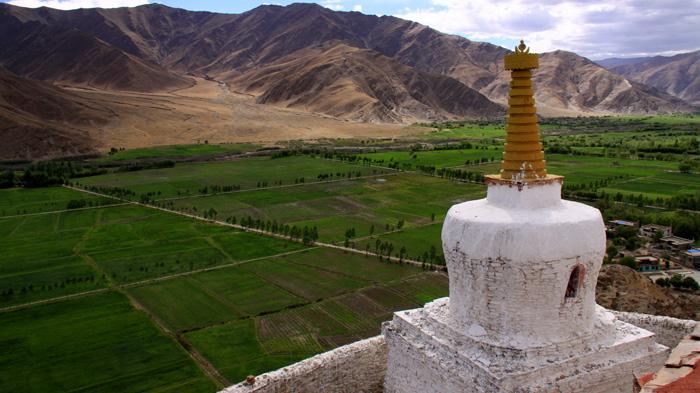 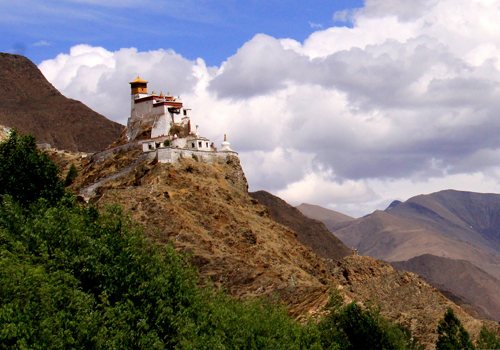 Yungbulakang Palace is located on the beautiful Mount Zhaxi Ceri which lies on the east bank of Yanglung River. The mountain looks like the hind leg of a female deer, so it is named Yungbulakang (Yungbu means female deer, La means hind leg, and Kang means palace). It is in no large scale, but stands high on the mountain, which makes it very magnificent and majestic. Yungbulakang is said to be the earliest architecture of Tibet. In the early time, it was not a temple but the palace of the Yarlung tribal leaders’ palace. It is the first palace in Tibetan history.
Architecture style - Inside the Yungbulakang Palace are some beautiful murals recording the early history of Tibet. The ground floor of the monastery was assigned to celebrate the coronation of Tibetan kings. Then you can see a large Buddha statue and the figure of the ruler Nyatri Tsenpo on your left side. The other side lies the statue of Songtsan Gampo. Besides, you can see various beautiful statues of Tibetan rulers, thinkers, ministers, governors and etc. On the wall. On the first floor of the Yungbulakang Palace is placed with figures of Avalokiteshvara, and Sakyamun. The highest point of Yungbulakang Palace is its tower which is now open for visitors. The sceneries viewing from the  tower valley is truly beautiful and special.