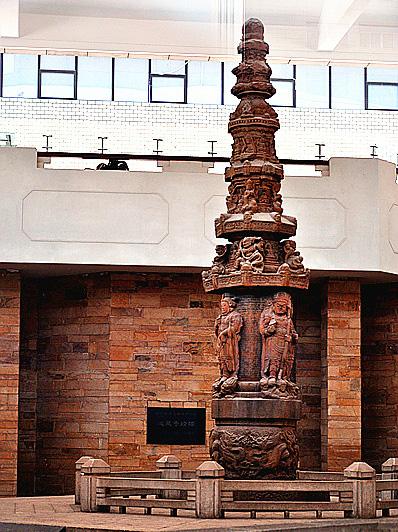 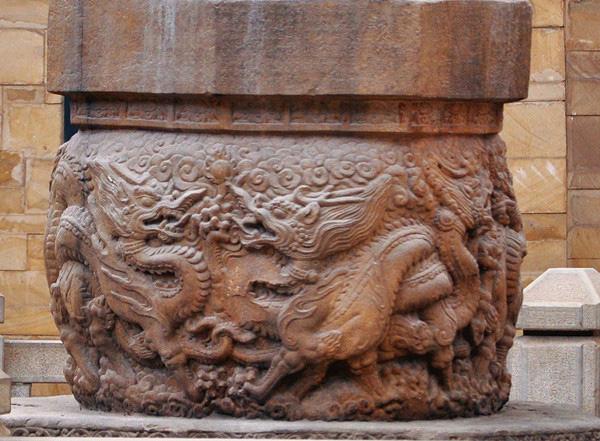 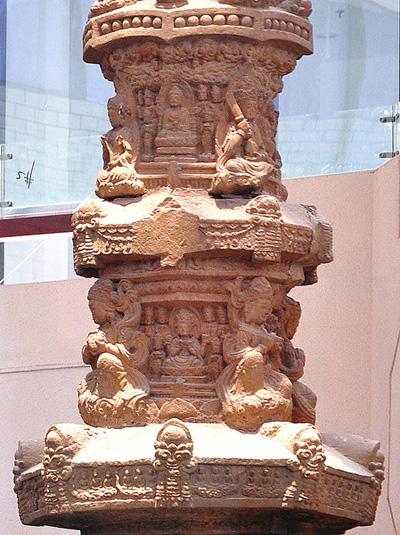 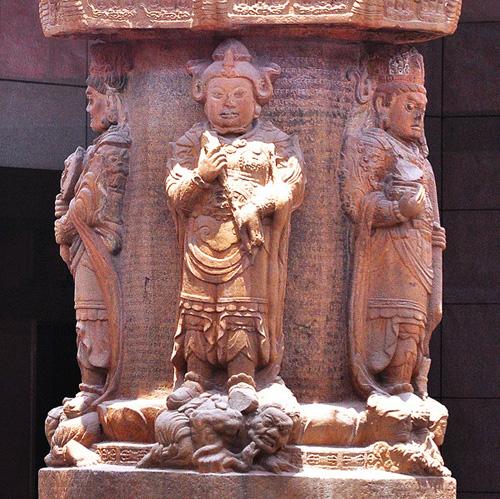 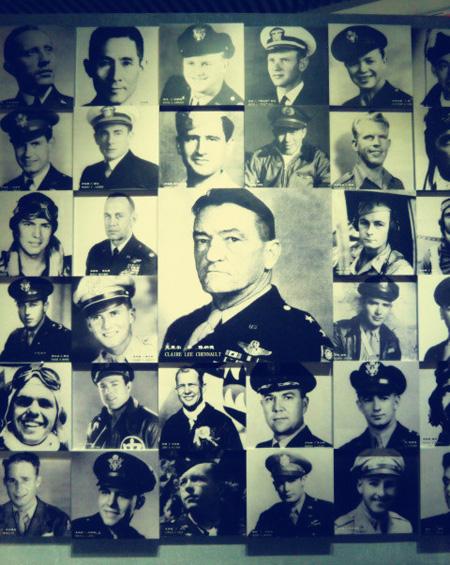 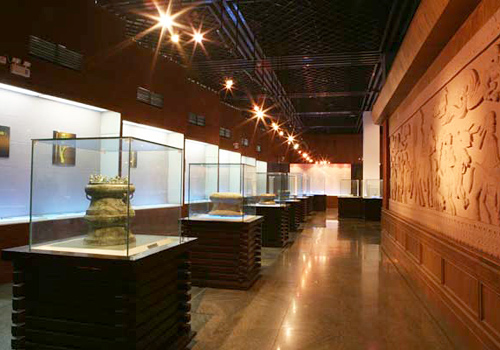 A brilliant branch of Chinese civilization of bronze, the Yunnan Bronze Culture is famous for its unique style, which was initiated in B.C. 12th century in late Shang Dynasty (1600B.C.-1100B.C.) and ended up in A.D. 1st century in late Western Han Dynasty (206B.C.-24A.D.) In academic circles, the bronze culture of Yunnan Province is divided into four parts on the basis of the features of unearthed bronze wares, that is, bronze of Dianchi Lake area, bronze of Erhai Lake area, bronze of northwest Yunnan and bronze of south Yunnan. Kunming Museum exhibits gracefully-shaped bronze wares of Dianchi Lake area, which were excavated in Dianchi Lake and its peripheral region. Bronze articles include bronze drum, bronze pot for keeping money, bronze pillows, bronze button ornaments, and so on. And all the pieces come from the tombs of nobles. 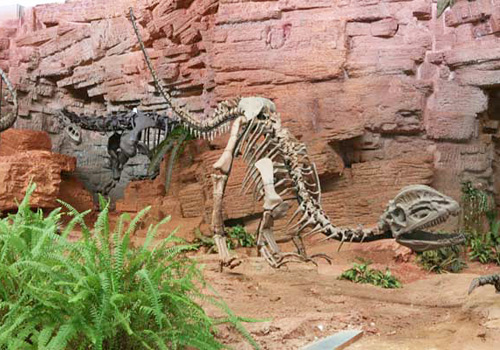 Dhvaja, or Jingchuang in Chinese, is a Buddhism ornament architecture in the temples which is generally carved with lections and Buddhas. Named after the Temple, the Ancient Jingchuang Exhibition of Dizang Temple was built on the former site of the Temple to protect the Dhvaja, which was inscribed as a key national protected site in 1982. Dizang Temple, in memory of the highest military-political official of the Kunming, was built during the period of the Kingdom of Dali (1096-1253). Its Jingchuang, caved from five red sandstones, is a pagoda-shaped building with 7 storeys and eight faces in a height of 6.5 meters. On the Jingchuang, there are totally 300 caved Buddhas, of which the highest is 1 meter high and smallest is less than 3 centimeters high. All of these Buddhas are vividly caved in elegant shape with fluent lines and fine proportions. In addition, kinds of Buddhism sutras are also caved on the Jingchuang in both Chinese and Sanskrit. The Jingchuang of Dizang Temple is praised by experts as the art exquisite that none other can not be found by its delicate carvings and the large number of sutras. 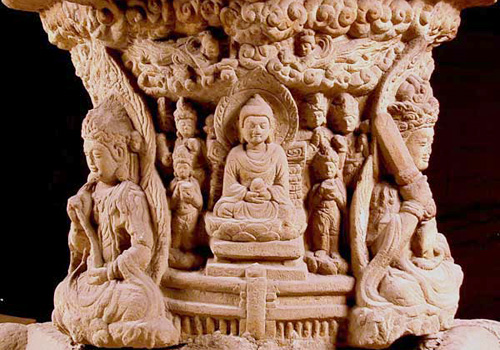