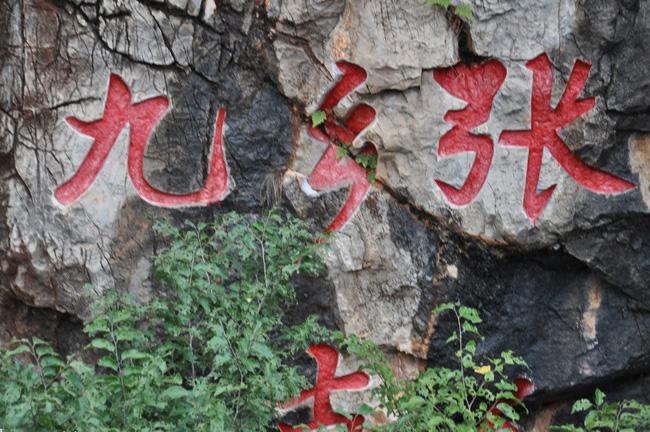 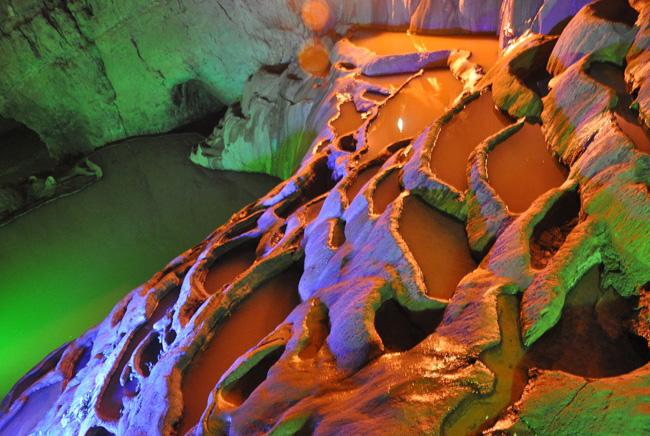 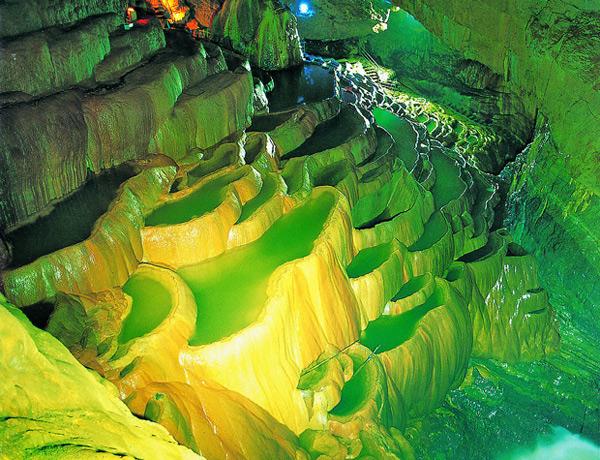 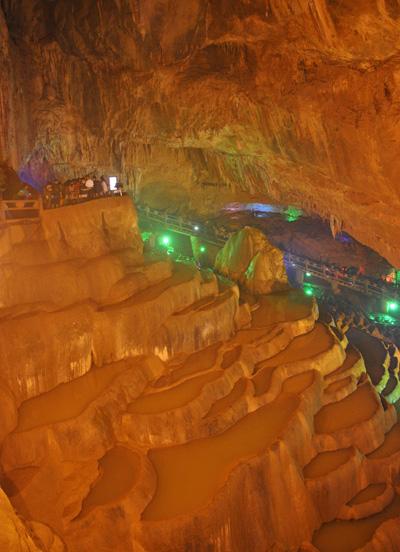 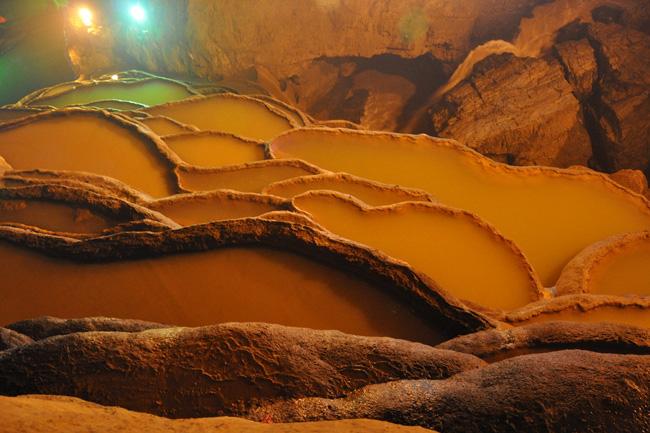 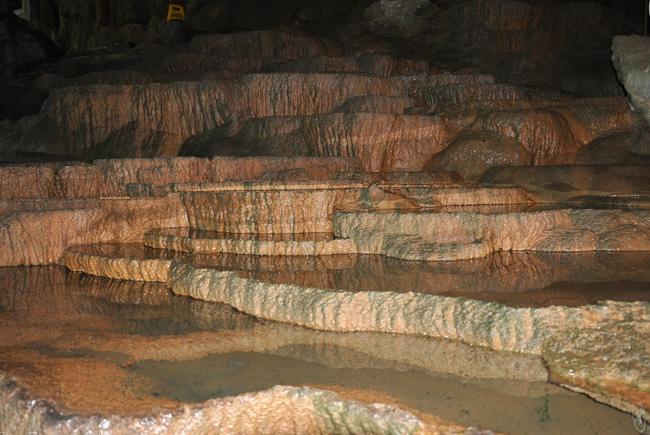 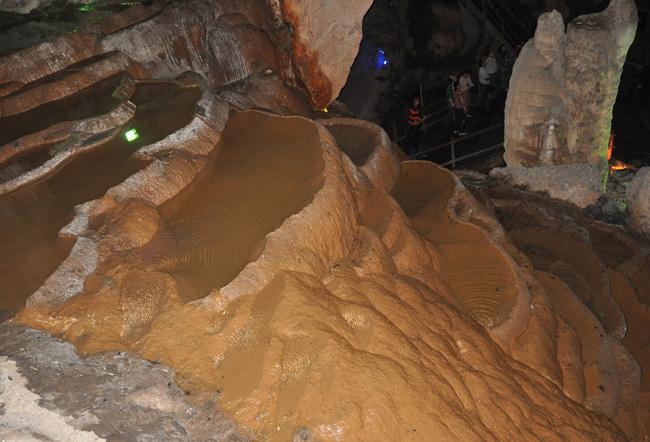 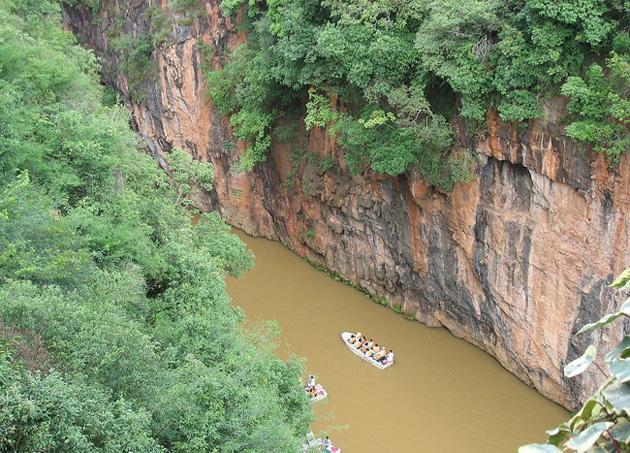 
Chinese name: 九乡风景区 (Jiuxiang Feng Jing Qu)
Location: Jiuxiang Yi and Hui Autonomous Township of Yiliang County 90 km away from Kunming, Yunnan Province.
Opening time: 09:00-18:00
Ticket: CNY90, CNY30 for one-way cableway.
Recommended time for a visit: 1 day.
Best time for visit: in summer.
How to get there:
- take a minibus from Kunming bus station to Yiliang County and then take a minibus to Jiuxiang.
- take a bus at the square in the front of Kunming Railway Station directly to Jiuxiang Scenic Area.

Located 47 kilometers from Yiliang County, 90 kilometers away from Kunming city, only 22 kilometers from the famous stone forest, Jiuxiang Scenic Area is a famous tourist destination in Yunnan Province encompassed by karst caves, deep valleys, and Yi ethnic minority’s cultural landscapes. Jiuxiang Scenic Area has a cluster of karst caves within an area of 20 square kilometers, known as the most in number and the largest in scale in China. Together with the Stone Forest, Jiuxiang scenic area formed the three-dimensional karst landscape of "see Stone Forest on the ground and Jiuxiang caves underground". Juxiang Scenic Area consists of five scenic spots: Diehong Bridge, Sanjiao Cave, Dasha Dam, Alulong and Mingyue Lake. Only the Diehong Bridge Scenic Spot is open to public now. Diehong Bridge itself includes nine major scenic spots: the Green Shady Valley, Grand Underground Valley, the Lying Dragon Cave, the Goddess Cave, the Fairy Fields, the Lion Hall, the Bat Cave, Yi Ethnic Group Village and the Sightseeing Cableway. 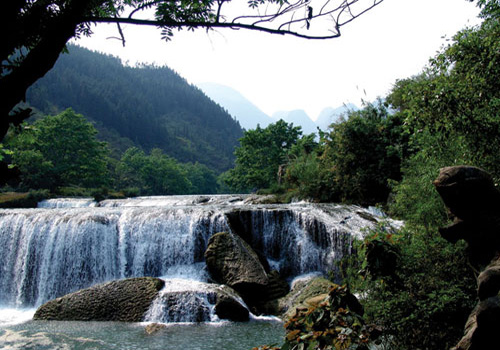 The Green Shady Valley is quiet and charming with a length of 600 meters. As the river on the valley bottom is nearly wholly shaded by dense green trees, hence the name. Taking a boat on the river, you will see verdant cliffs, green water and fish playing in water and narrow blue sky. The green shady valley is also named Valentine’s Valley. Legend says that young men and women of Yi ethnic group will gather here to look for lovers by singing songs. It is really a nice place to relax.

The Grand Underground Valley is the most spectacular underground valley in china with a length of 100 meters. Continuous declination of riverbed formed the Grand Underground Valley, the narrowest part of which is only 3or 4 meters. The roaring sound from the valley is caused by river water striking the huge rocks, a magnificent spectacle. People can go along the valley by a trestle. Walking on the trestle is really a thrilling experience. At the end of the trestle is the White Elephant Cave formed by water erosion. 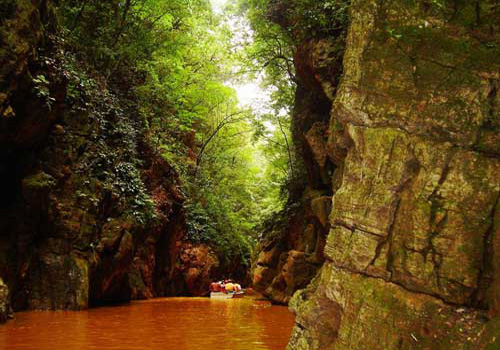 The Lying Dragon Cave is featured by the Twin Waterfalls. Once entering the cave, your attention will soon drawn by two silver waterfalls. Twin waterfalls pour down from 30- meter-high cliffs in parallel creating splashing water and deafening sound, a gorgeous scene. In rainy season, twin waterfalls fuse together, making it hard to tell which is which.

The Goddess Cave looks like a crystal palace with crystal stalactites. It is the typical landscape of karst landform. Stalactites sitting or lying here and there just look like a crowd of fairies who are singing and dancing, like a fairy land.

The Lion Hall is a vast cave formed by stalactites covering an area of 15000 square meters which can hold thousands of people. 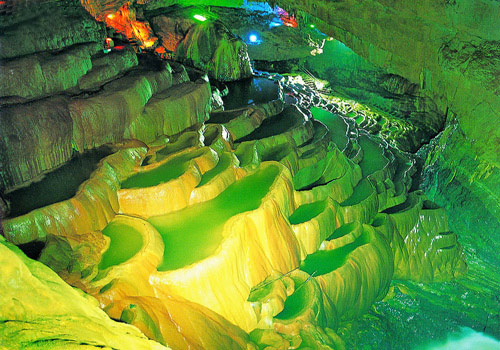 The Fairy Filed is a natural wonder resembling a terrace. Curbing Dams are scattered in graceful disorder with a total area of 100 square meters. And each dam has a depth of 10 meters. The unique karst landform is called curbing dams in geology and the smaller one curbing basin. 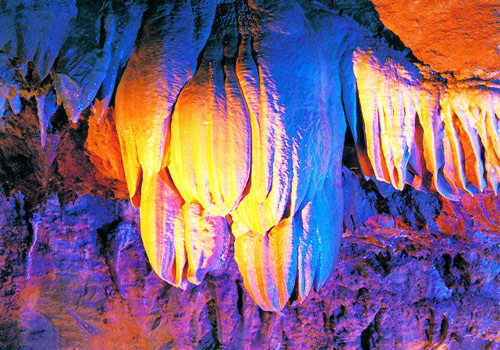 Legend says that there are ten thousand bats inhabited in the cave in the past, hence the name. Bats gradually moved away when the cave was developed into a tourist destination. The bat cave is famed as "Dangling Stone Forest Underground" with dangling stalactites.

The sightseeing cableway stretches across mountains and valleys with a span of nearly 1000 meters. Visitors can enjoy landscapes of different seasons in several minutes via cableway.