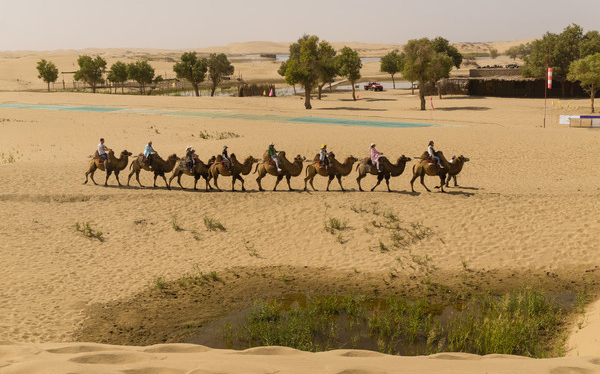 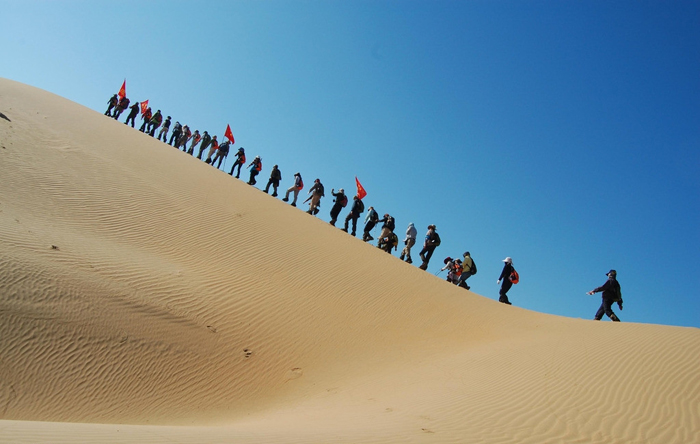 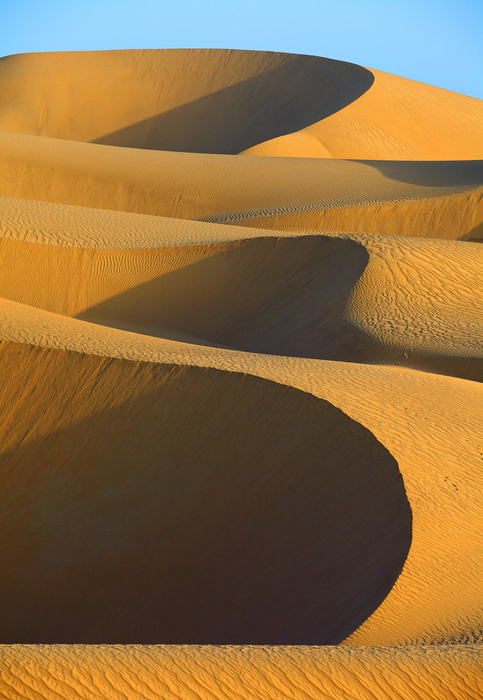 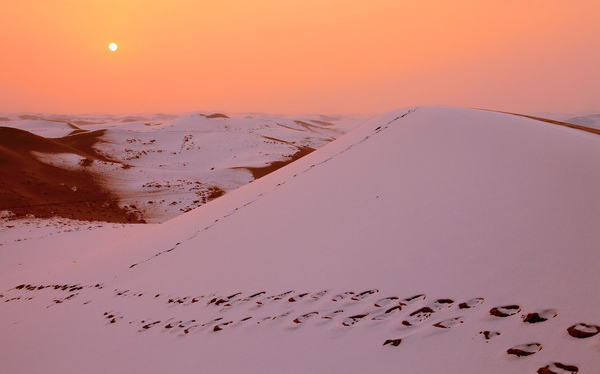 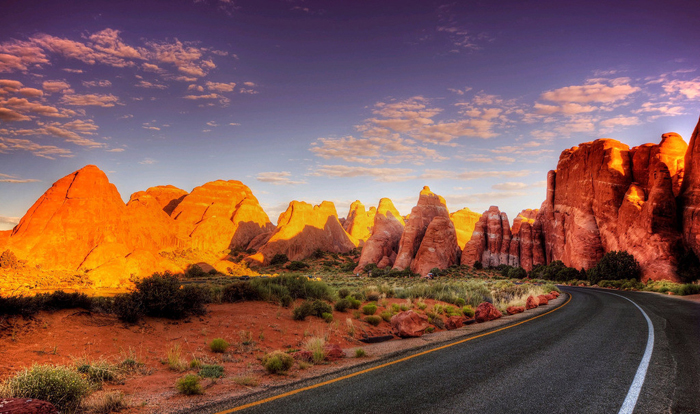 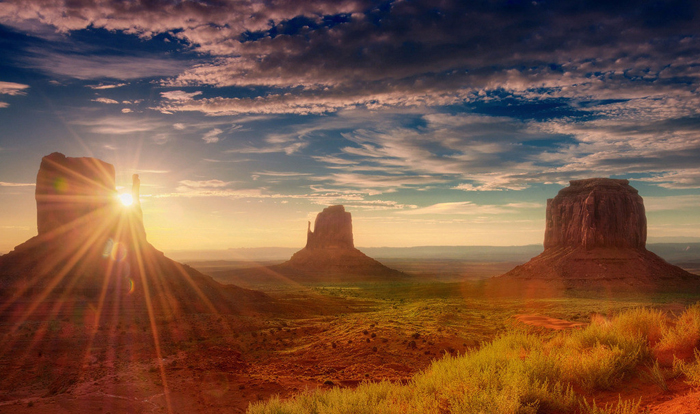 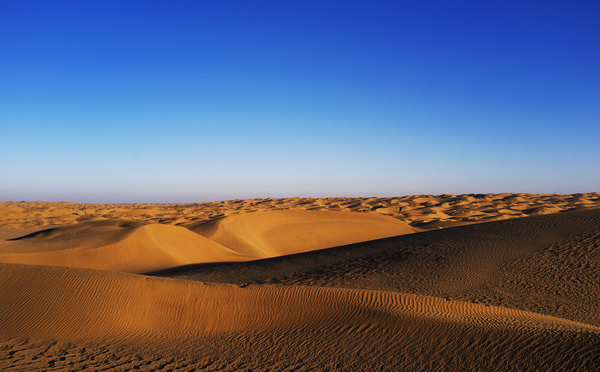 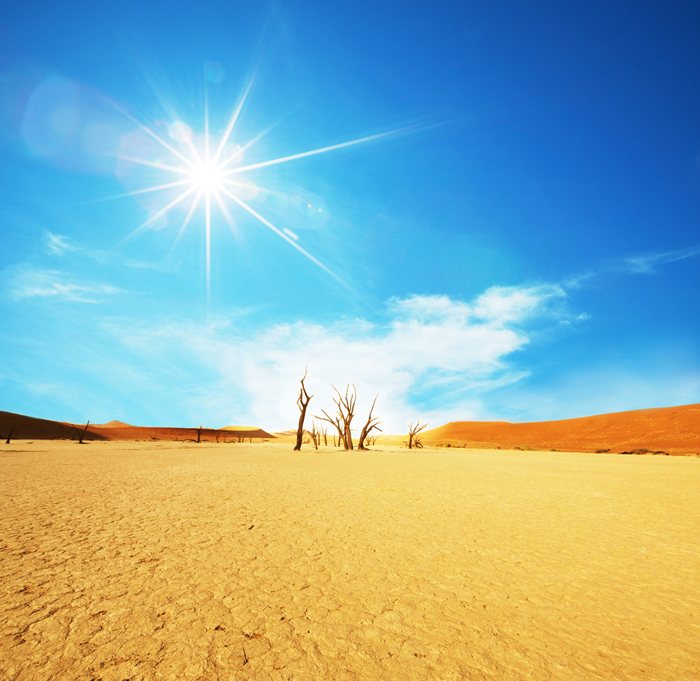 Chinese name: 塔克拉玛干沙漠 (Ta Ke La Ma Gan Shamo)
Location: in the centre of Tarim Basin, Xinjiang Uygur Autonomous Region.
Admission fee: free.
Opening time: all day long.
How to get there: Take train to Urumqi before transferring to a train to Korla. As Taklamakan Desert is bounded by several cities, say, Aksu, Kucha, Hotan, and Luntai, you can take shuttles from Korla to different parts of the desert.
Best time to visit: from the last-ten days of October to the middle ten days of November.
Recommended time for a visit: four hours.
Travel tips:
1.     Crossing Taklamakan Desert is a special type of track, so you are suggested to make preparations in advance, such as tour guide, money, provisions, clothes and so forth.
2.     Protect your photographic apparatus from sand.

Taklamakan Desert, situated in the middle of Tarim Basin of Xinjiang Uygur Autonomous Region, is the largest desert around China, as well as the second largest desert and the largest shifting sand desert all over the world. The desert stretches 1,000 kilometres long and 400 kilometres wide, covering an area of 330,000 square metres. Taklamakan desert falls into arid climate of warm temperate zone. In sweltering summer, the maximum temperature reaches 67.2℃, temperature difference between day and night being over 40℃. While the average annual precipitation is no more than 100 millimetres, with the lowest rainfall four to five millimeters, the annual evaporation is as high as 2,500 millimetres to 3,400 millimetres. 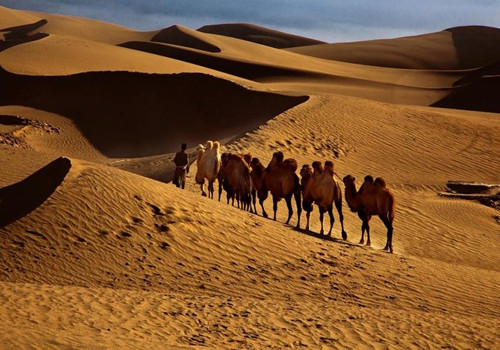 Of 365 days, more than 100 days see sand blown by wind at the speed of 300 per second. Affected by northwest prevailing wind direction and north and south prevailing wind direction, sand-blowing scenes are frequent and violent and migratory dunes account for eighty percent of the desert. It is estimated that low sand dunes can move some twenty metres each year, therefore, the desert as a whole extends southward 100 kilometres or so during the past 1,000 years.

A World of Sand – Taklamakan Desert 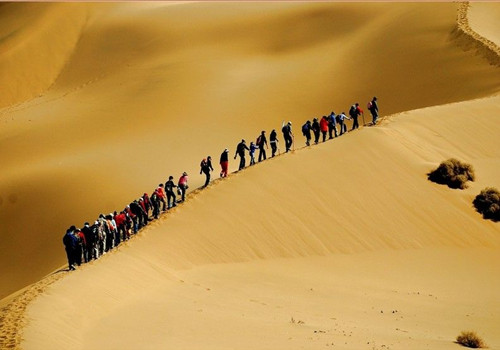 In Uyghur, Ta Ke means mountain while La Ma Gan means the great desert; therefore, Taklamakan refers to the great desert at the foot of mountain. Covering an area of more than 330,000 square kilometers, this biggest-desert-of-China Taklamakan Desert reaches a height of 1,200 metres to 1,500 metres above sea level in the west and south, 800 metres to 1,000 metres above sea level in the north and east. Of all deserts around the world, Taklamakan Desert is one of the most mysterious and most charming ones. The centre of the desert falls into typical continental climate, with strong wind and sand, little precipitation and dramatic temperature variations. Seen from afar, sand dunes of diverse shapes look like dragons resting on the earth. 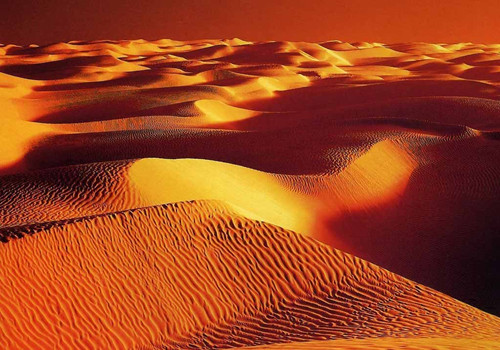 In the desert, two towering sand dunes, called Shengmu Shan, are visible. They are made of sedimentary rocks of red sandstone and of white plaster after outcropping. On it are the spectacular wind-erosion mushrooms which are so tall that it can accommodate over ten people at the same time.

At dawn, the temperature of sweltering Taklamakan Desert ranges from 70℃ to 80 ℃. Due to the glaring sands and rapid evaporation, everything before your eyes looks as if it were drifting all the time. However, the surroundings, along the banks of Hotan River, Tarim River, Yarkant River, and Qarqan River, grow with dense diversiform-leaved poplar and Chinese tamarisk, making the whole desert lively. Moreover, this Green Island of the Sand Sea sees lovely rabbits and birds, running brook, and abundant water resources and mineral resources beneath the sand bed.

Located in the center of Eurasia and surrounded by high mountains, Taklamakan Desert is full of enigma and fantasy. Various forms of desert, anti-salt-and-akali-and-sand vegetation and plants, arid climate, lakes and oasis, especially Silk Road relics buried in the sand and ancient villages are all mysterious, awaiting exploration.

Animals and Plants of Taklamakan Desert 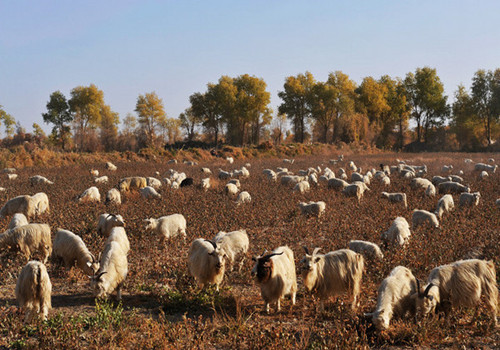 Taklamakan Desert, surrounded by grandiose mountains, has Mount Tianshan in the north, Kunlun Mountain in the south, Pamirs in the west. Under such circumstances, vegetation of Taklamakan Desert is extremely scarce, with sparse Chinese tamarisk, reed and others. However, the edges of the desert – the area where sand dune and river valley and delta joint and the area where ground water is near the earth’s surface – sees relatively rich plants.

With respect to animals, they are not much either, except on the edges of the desert and river valley and delta where there are aquatic weeds. On the open land, flocks of antelope, boars, lynxes, woodpeckers, swans, mustang, yarkand hares, foxes, wolves, are also visible. 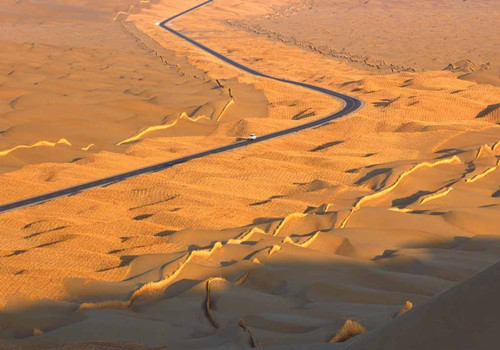 Overlooking from Hongbai Shan, which has a height of 1,413 meters above sea level, you will be shocked by another kind of vastness of the desert. At sight of it, people will feel how small the human is when compared with the earth. Shutterbugs can never miss such a spectacle! 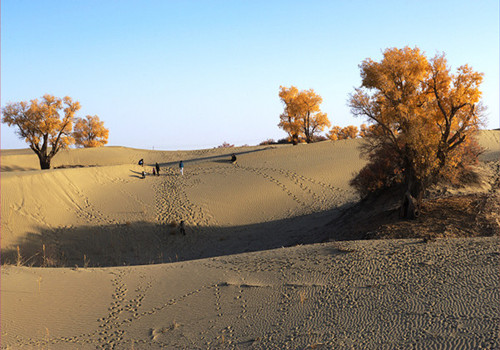