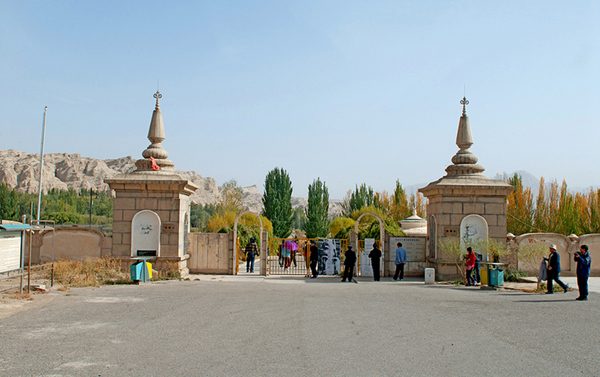 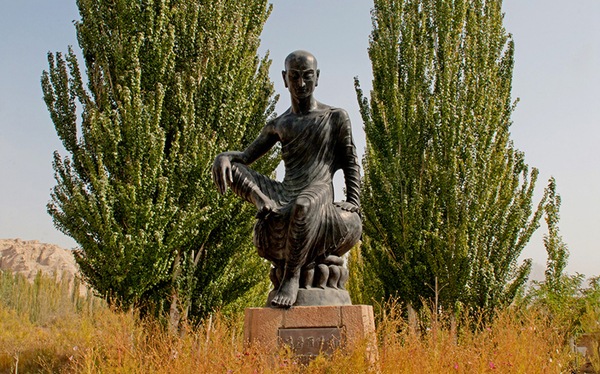 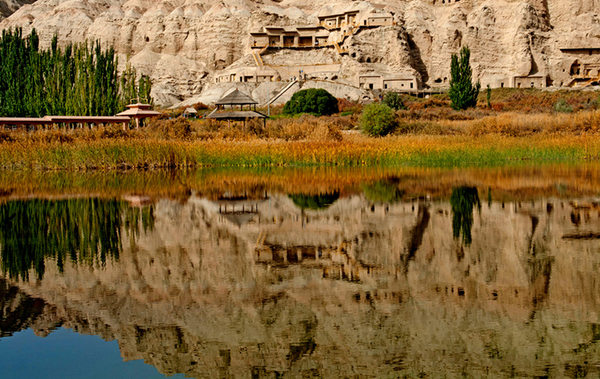 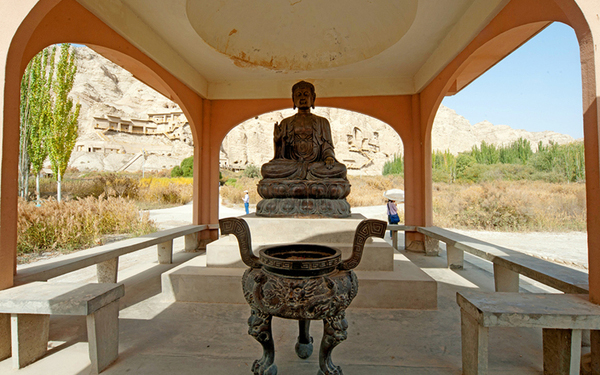 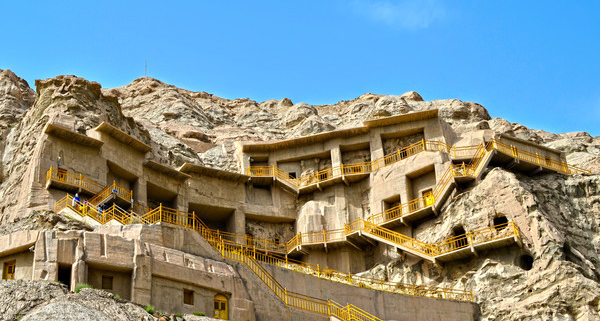 Located at cliff of Mingwutage Mountain, Kizil Grottoes, which is also called Kizil Thousand-Buddha Caves (克孜尔千佛洞), is about 7 kilometers to the southeast of Kizil Town. As one of the Four Grottoes in China (the other three are Mogao Grottoes, Longmen Grottoes and Yungang Grottoes), it is the oldest one, which was built in the 3rd century and completed till in the 9th century. There are 236 grottoes had been numbered, except statues which are damaged badly, and many architectures and murals are in well preservation. 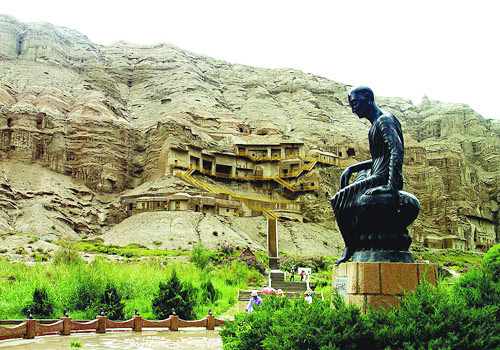 The starting period lasts from the end of the 3rd century to the middle of the 4th century of which grottoes are quadrate painted with murals. The most well preserved grottoes are No.47, 48, 77, 92, 117 and 118, among which No.47 houses the largest preserved Buddha statue. It is also called Great Statue Grotto with high central hall and a big Buddha statue in the front hall which is a copy of the building style of Bamiyan Great Buddha Grottoes in Afghanistan. It is a 16 meters high Buddha standing in No. 47 grotto which was the largest and highest Buddha in Qiuci Area (龟兹, an ancient kingdom in the area of present Xinjiang Uygur Autonomous Region), but was damaged unfortunately due to the long time standing. However, murals in this grotto still can be identified which were painted roughly with bright colors portraying Buddhism stories of Theravada sect.

The second period, or the developing period, starts from the middle of the 4th century to the end of the 5th century. The representatives are grottoes No.13, 32, 38, 76, 83, 84, 114, 171, 172. Grottoes in this period are the Central Tower Grotto equipped with monk’s bedroom, sermon room and praying room, all compose the structure of a temple. The painting style of this period is shading painting in diamond-type lattice depicting the stories of Tathagata who cultivate himself according to Buddhism doctrine before his turning into a god.

The third period, lasts from the 6th century to the 7th century, is a prosperous period during which about half of the all grottoes were built in Kizil. Most grottoes are Central Tower Grotto with statues adhered with gold dust or gold foil and murals are the stories of Tathagata who are preaching. This kind of stories covers thousands of murals during this period, and the one in No.8 grotto is the representative depicting the story of a monkey who offer honey to Tathagata and his disciples for two times as per the Tathagata’s request; however, it is so happy that slip into the water and drown to death; while it is reborn afterwards as a rich man for his consecration to Tathagata. 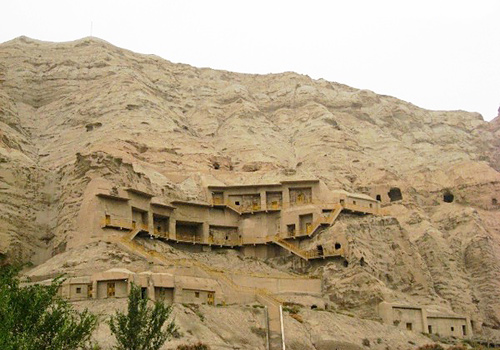 The last period of Kizil Grottoes happens during the 8th century and the 9th century with existing murals in No.129, 135, 180,197, 227 and 229; and the writing by visitors on the wall indicates few monks staying in the grottoes. A broken stele by Buddha Tower of Kizil dating back to the 8th century tells that Kizil was becoming battle field in Tang Dynasty (618-907) with a battle picture in No.93 grotto as proof.

The main characteristic of Kizil Grottoes is Central Tower Grotto with main hall and back hall. According to historical materials, the front wall of the main hall should enshrine a statue of Tathagata with murals telling stories of Tathagata on side walls and ceiling. After visiting the main hall, visitors should enter the back hall clockwise to admire the Buddha nirvana image.

The most impressive part of Kizil Grottoes is its diamond-type lattice composition of picture which is different from serial pictures composition in Mogao Grottoes. One lattice of picture tells one story with main character in the middle and supported characters and items surrounding.

Grottoes and Murals in Kizil Grottoes

Grottoes in Kizil are divided into two kinds, one kind is monk’s room which provides bed, simple kitchen and living equipment with passageway; the other kind is Buddhism hall which provides room for praying and Buddhist preaching. Buddhism hall is subdivided into two kinds; one is the great statue grotto which has standing Buddha statue with high ceiling and hole-shape doors, the other is the central tower grotto which is the quadrate room with pillars supporting ceiling in the middle. Functions of grottoes differ from their shape and decorations. With so many grottoes existing, visitors can imagine that Kizil Grottoes was a Buddhism center with temples and a large amount of monks. 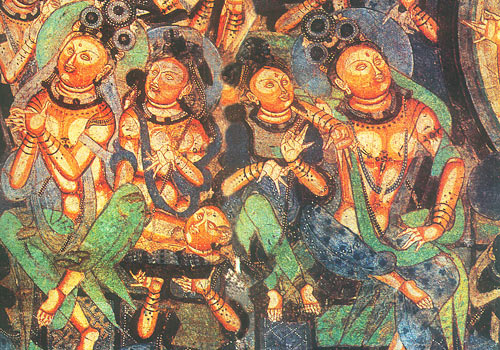 According to researchers and scholars, the murals showing stories of Tathagata before his nirvana are the highlight of Kizil Grottoes which has high art value and is larger in number than that in the other three famous grottoes. Except large numbers of murals, the unique painting skill is also a highlight of Kizil Grottoes which is painted to the wall directly instead of painting the wall in white firstly as other murals. The painting skill is called wet painting or concavo convex painting using coloring earth and other transparent paints, which is a combing of directly painting and shading painting skills. Historians believe that this painting skill is a unique one created by people in ancient Qiuci area long time ago.