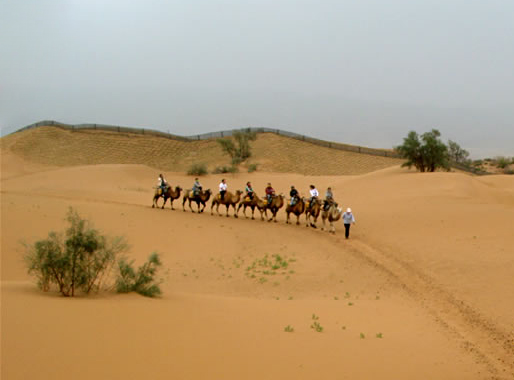 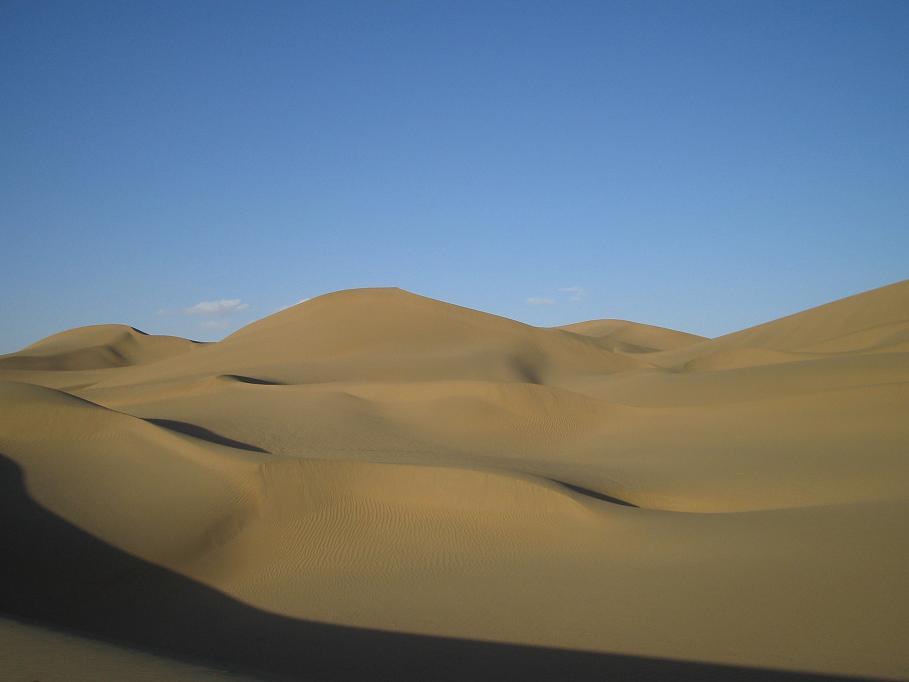 The Taklamakan Desert is located in the Southern part of the Xinjiang Tarim Basin, in the local language Taklamakan means "Desert under the Mountain". This 1000 kilometer long and 400 kilometer wide desert covering a total area of 337,600 square meters is the largest desert in China, the second biggest in the world and the second largest flowing desert in the world (second to the Sahara Desert). It's considered the most beautiful desert in China.

Taklamakan Desert is the most mysterious and attractive desert in the world. The shifting sands of the Taklamakan are vast with dunes often rising around 200 meters, with the highest reaching 300 meters; the dunes have been naturally formed into different shapes, birds, dragons, gods. Remarkably in the desert along the rivers exists a lush green island where thick Huyanglin trees and bushes, known as "the green corridor". In recent years a large reservoir of petroleum has been discovered under the sand, making this desert of the most valuable in the world.