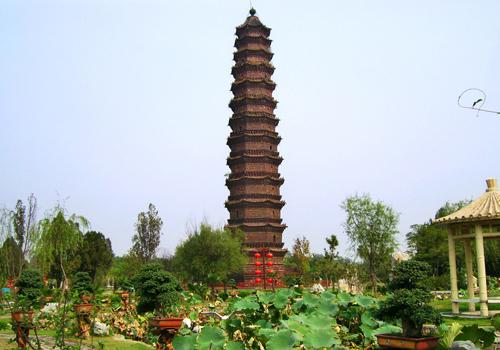 There is no airport in Kaifeng; but travelers can choose to fly to and from Kaifeng in Zhengzhou Airport, which is only 70 kilometers (about one-hour’s driving) away from downtown Kaifeng.

Intercity shuttle busses run between Jinming Square of Kaifeng and Deyi Hotel of Zhengzhou; in Zhengzhou, travelers can take airport shuttle bus which departs from Civil Aviation Hotel or taxi anywhere in the city to get to the airport.

Located in the central plain and spanning over the China’s eastern and western main railroads, Kaifeng enjoys quite convenient railway traffic. To the west, it connects Zhengzhou, Luoyang, Xi’an, and to the east, it reaches Jiangsu Province; by transferring via Zhengzhou which is only 70 kilometers away and Shangqiu which is 150 kilometers away, it even can reach all parts of the country by Beijing-Guangzhou and Beijing-Kowloon Railways.

Kaifeng has highways linking with cities of Zhengzhou, Luoyang, Sanmenxia and Shangqiu; to the north, it leads to Beijing via Xinxiang and Anyang, and to the south, it leads to Shenzhen via Xuchang, Luohe and Zhumadian.

Kaifeng has many coach stations and the main used long-distance passenger station is just next to the train station in the north. Intercity buses (No.101, 102, 103, 105 and 201) between Kaifeng and Zhengzhou are available in 5 stations, the Longhai Station, East Station, South Station, North Station and West Station.

Public buses- buses are well-suited in Kaifeng, and all tourist attractions can be reached only by bus. No. 1, 15 and 28 go through most of the attractions and No.20 goes through all incity attractions. No. 101, 102, 103, 105 and 201, which depart every 10-20 minutes are intercity buses between Kaifeng and Zhengzhou.

Taxi- taxies are quite convenient with reasonable price in Kaifeng; generally, less than CNY20 can get to all incity scenic spots.

Rickshaw- As most tourist attractions are located in downtown area and every two are apart in short distance, many visitors love to choose rickshaws as their city transportation. This featured inexpensive rickshaw offers a special experience that most travelers to Kaifeng will try.