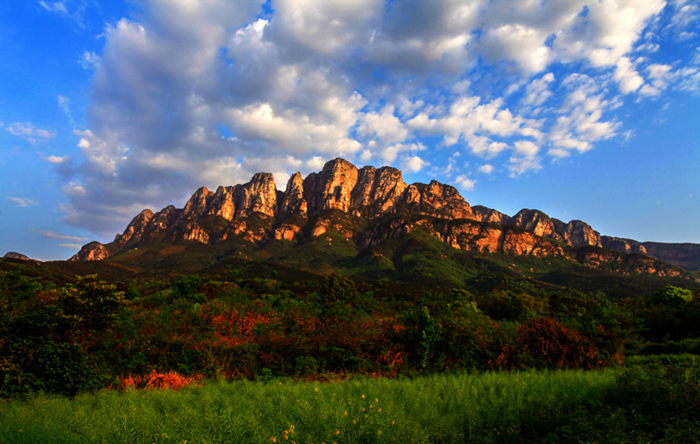 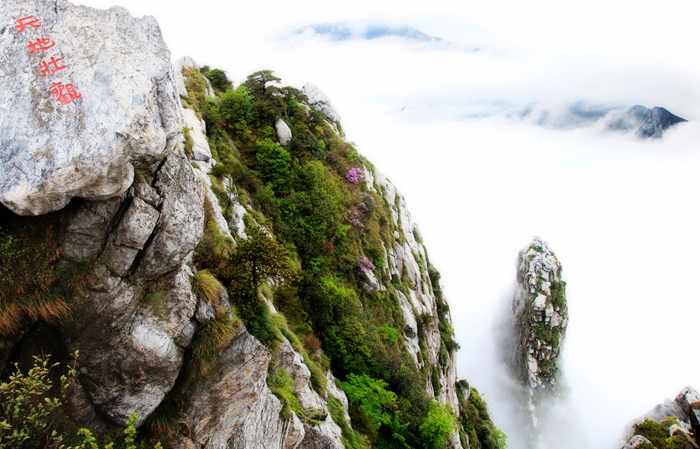 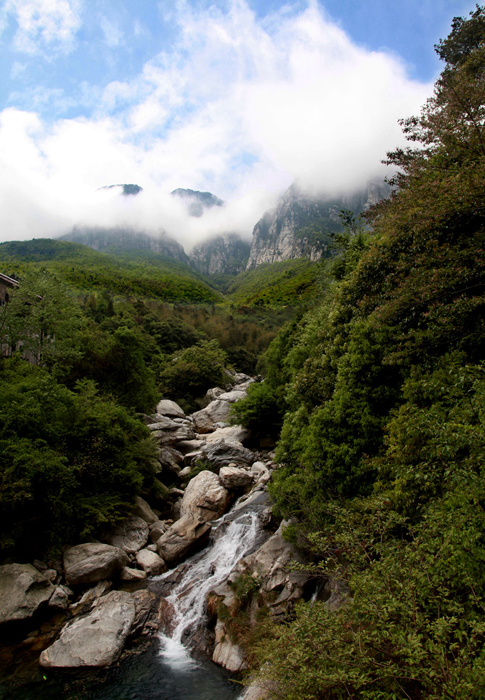 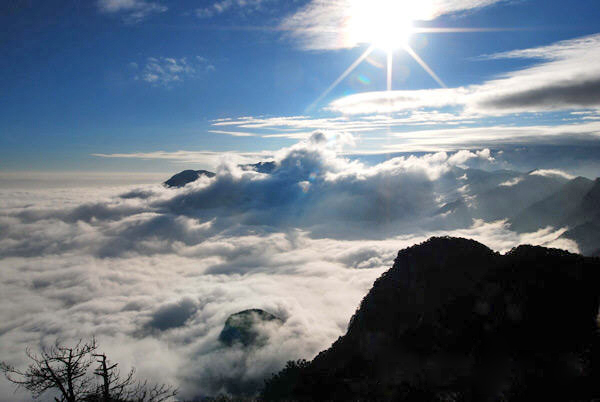 Wulao Peaks are located in the crest of the southeastern side of Mount Lushan. They became famous as one of China's highest peaks at 1,436 meters above sea-level with stunning views overlooking Poyang Lake. "Wulao" translates into Chinese as Five Masters and the peaks are five distinct ridges connected together creating the Wulao Peaks. People have interpreted the shape of the peaks differently: some say they resemble five soldiers singing, some other say it appears to be five men fishing, and there are also some say they are five men sitting and discussing matters. Of the five peaks, the fourth one along is the highest and towers over the rest. The rich forests which cover the mountains offer tourist hours of exploration, scaling the mountains crags and getting lost in its gullies and caves. It is said that Li Bai, the most famous poet in ancient China, used to live in seclusion behind the Wulao Peaks, which adds much poetic romance to the area.

The southern face of the peeks is steep with sheer ascents at many places making climbing it difficult, so travelers visiting Wulao Peaks are only able to scale its northern face. A popular option among travelers is to begin their ascent at dawn and savor the early morning mist and the sunrise above Poyang Lake, many travelers climb from dawn to dusk, it is as dusk which cloud descends on the peak possessing a glowing pinkish hue which a famous Chinese poet once described as "rose cotton". During the day views from the peak are equally breathtaking with ocean blue skies stretching beyond the distant horizon, the clear fresh air relaxes and cleanses one's mind and body.