The First Fire Tower of the Great Wall 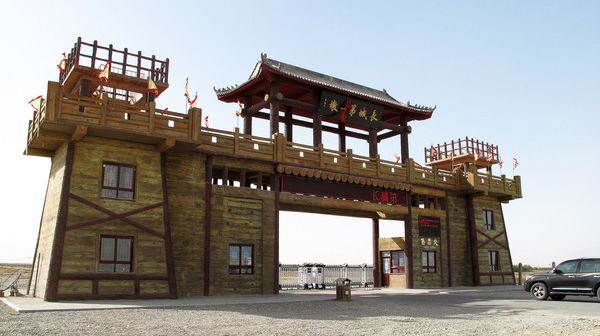 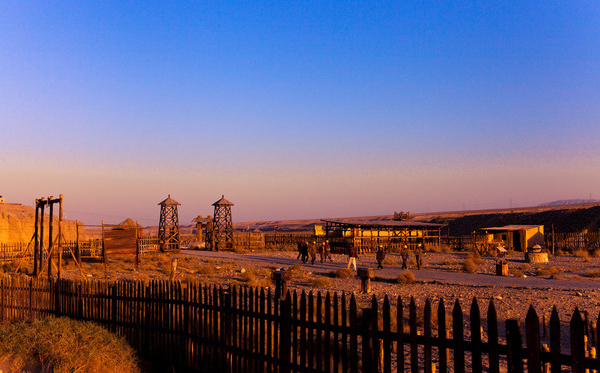 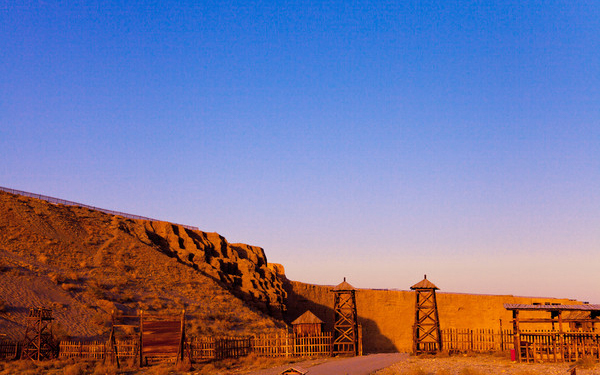 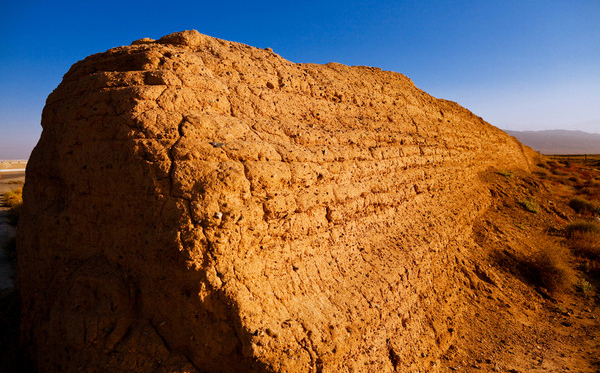 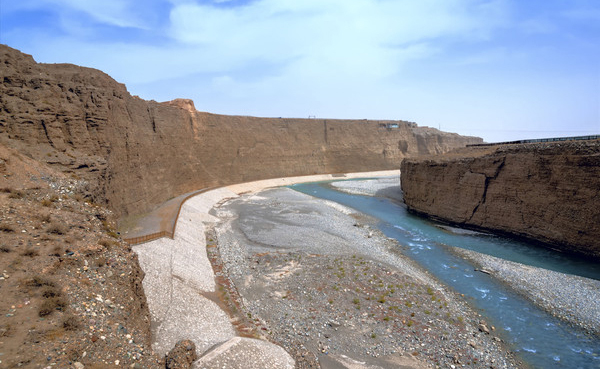 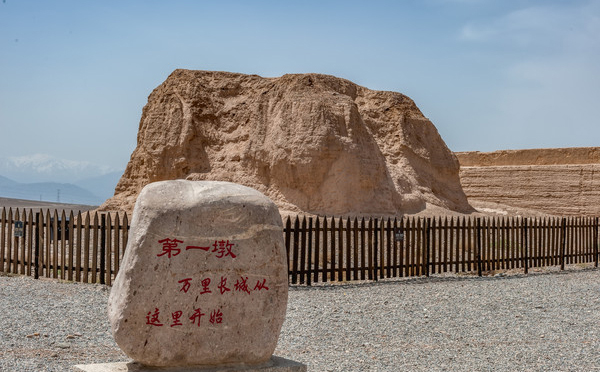 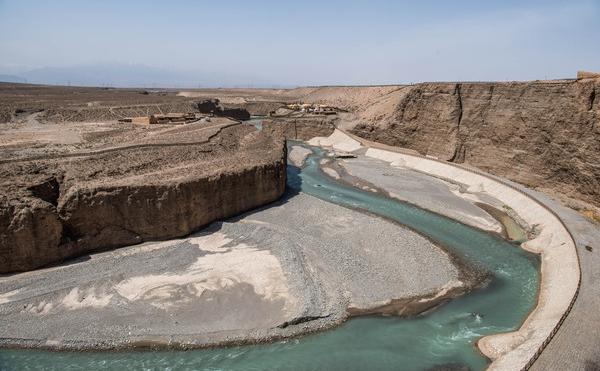 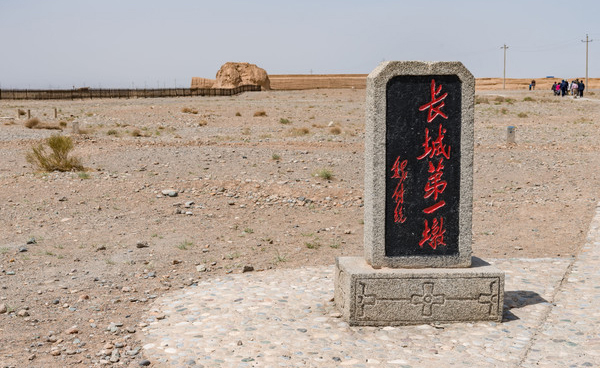 Chinese name: 长城第一墩 (Changcheng Diyidun).
Location: about 6 kilometers southwest of Jiayuguan City, Gansu Province.
Opening time: 08:30-18:00.
Entrance fee: the ticket is a combined one which includes attractions of Jiayuguan Port, The First Tower of the Great Wall, and the Overhanging Great Wall.
- CNY101 during high season (May.1st- Oct.31st); - CNY61 during low season (Nov.1st- Apr.30th).
How to get there: charter a car from the downtown to the First Fire Tower of the Great Wall (about CNY50 for a round-trip).
Best time for visit: from May to October.

Introduction to the First Fire Tower of the Great Wall 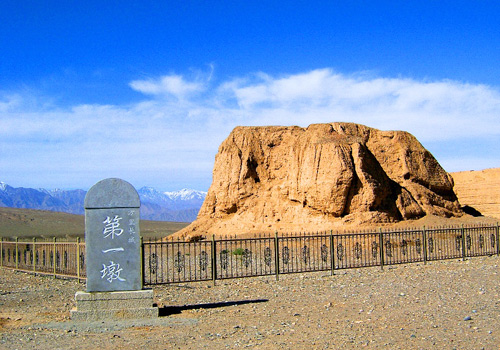 History of the First Fire Tower of the Great Wall

During the reign of the Emperor Jiajing (嘉靖, 1521-1567) in Ming Dynasty (1368-1644), the First Fire Tower of the Great Wall was constructed by Li Han (李涵) in 1539, an official of Suzhou (肃州) at that time. In Ming Dynasty, Jiayuguan dominated about 39 fire towers which were scattered in, out and around the Jiayuguan. These fire towers are not far away from each other and they have once been of great use in military affairs in ancient China. As it is recorded in history, these fire towers were guarded by a large number of soldiers. Once the soldiers found the enemies, they would give a signal, which was to make heavy smoke in the daytime and lift firebrand at night, to the next fire tower. When the next fire tower received the conveyed message, the same action would be done continually. It was said that giving off smoke one time (or lifting one firebrand) together with a gun shot suggested there were about one hundred enemies. From the times of giving off heavy smoke or firebrands, the soldiers could be organized immediately, size up the enemy situation correctly and then repulse them.

Like other fire towers which can be visited in China, the First Fire Tower of the Great Wall here is also a square pyramid with a flat top, and its length, its width and its height were originally all about 14 meters. The fire tower was rammed with earth and it was about 10 to 20 centimeters thick. As a result of water erosion over hundreds of years and earthquakes occasionally happened, some parts of the fire tower have been destroyed. In order to prevent the precious relic from flood, the Jiayuguan City government has built 30-meter-long arched fortification, which is used to be a secondary protection structure, just like an enclosure. 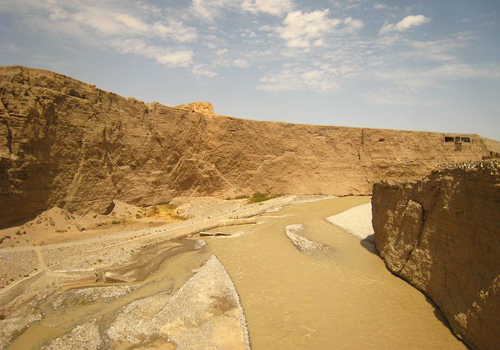 The first fire tower is the most important, which bears heavy responsibilities of passing on military information in south Jiayuguan and Qilian Mountain (祁连山). In ancient time, the fire tower was not only guarded by a lot of soldiers, but also well equipped with fortified buildings, camels, horses, board and lodging and some other necessities of daily life. As an important military post, the first fire tower has witnessed abundant of changes throughout the Chinese history.

Natural Scenery around the First Fire Tower of the Great Wall

The natural scenery around the First Fire Tower of the Great Wall is quite majestic and spectacular. It sits next to Jiuquan City of Gansu Province in the east, connects to the deserts in the west, leans against Jiayuguan in the north and looks at the Qilian Mountain from afar in the south. Under the cliff, torrential Taolai River runs to the east, just like a silver belt winding on the Gobi Desert in the morning sunshine or a flying dragon swimming through the stream at dusk. When standing on the fire tower and gazing into the mountain ranges in the south, it is the extraordinarily blue sky and the more brilliance and grandeur snow peaks for appreciation. In the ancient, visitors, especially some poets and literati have been shocked by the marvelous view of the vast Gobi around the fire tower and left dozens of poems. Therefore, standing here, it is an enjoyable experience of appreciating the magnificent natural scenery and ancient civilization as well.

Scenic Spot of the First Fire Tower of the Great Wall

Based on the sceneries of vast Gobi Desert and on the conventional customs of northwest China, the Scenic Spot of the First Tower of the Great Wall is a good choice for tourists’ sightseeing, amusement, studying and taking adventure. Tourists will have a full experience about the culture of The Great Wall and ancient Silk Road in northwest China. Covering an area of some 3.22 square kilometers, the spot also includes many other facilities and services except the First Fire Tower of the Great Wall, such as comprehensive service zone, Taolai River Cable Car (讨赖河滑索), Tailai Hotel (讨赖客栈), Tianxian Hanging Bridge (天险吊桥), the sculptures group named "zui wo sha chang" (醉卧沙场, means the people who have drunk fall on the battleground) and so on. The comprehensive service zone provides a VIP room, an anteroom, a tourist service center, a drinking room and souvenir shops, etc.