Located in the middle and lower reaches of Yellow River in northwest Henan Province, Jiaozuo is a burgeoning tourist city with blatant subtle location advantage. Facing Zhengzhou and Luoyang in the south crossing Yellow River and seated on the joint of north and south China, Jiaozuo is only 90 km to provincial capital Zhengzhou and takes over 2 county-level cities, 4 counties and a development zone. Enjoying exceptional advantages with rich natural resources, it is a rare abundant-water-area in north China with 23 large rivers, 2 large-scale men made ditches and many reservoirs, and boasts over 40 types of mineral reserves. Furthermore, its 8000-year-long history offers a profound culture with fascinating legends, rich human landscapes and a great variety of historical and cultural sites. 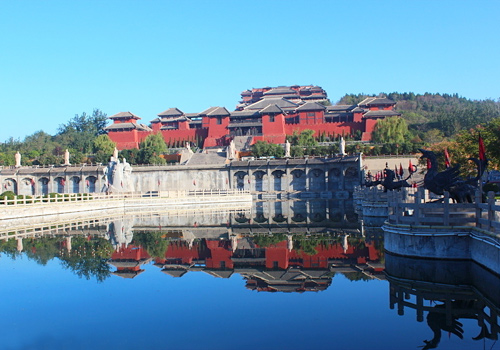 Archaeological excavations prove that mankind lived in the area of present Jiaozuo as early as 8000 years ago in the clan commune period and had developed an intensive cultivation tradition of grain crops at the same time. In the Spring and Autumn and Warring State periods (770-221B.C.), handcraft, mining, smelting, potting and weaving were all developed in Jiaozuo; it is particularly worth mentioning that the coal and mining industry also started in this period which eventually won the fame for the city as “a city of coal”. Just in the heartland of the birthplace of Chinese nation, here is the place of the origin of earliest ancestors with legendary stories of PanGu (who created heaven and earth), Fu Xi and Nv Wa (god and goodness in Chinese myths), Yellow Emperor and the great king Yu; it is the sites of historical events like Shangtang Revolution (around in 1600 B.C.), King Wu’s conquest of Yin (Shang Dynasty) (happened in 1122B.C.), the reviving of Han Dynasty (206B.C.-220A.D.) in early Eastern Han Dynasty (25-220A.D.), the emerging of Tai Ji theories, the beginning of Chinese irrigation works and the rooting of 46 Chinese family names. What is more, Jiaozuo is also known as the native place of numerous great historical figures; Han Yu, Li Shangyin were born in Jiaozuo, Confucius, Li Bai, Bai Juyi once traveled here and some of them even eternally slept in this wonderful land. 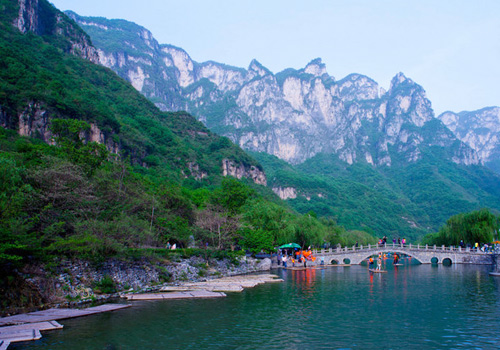 Not only a city with abundant mineral resources, Jiaozuo is also a place with natural beauties and cultural relics and sites attracting hundreds of thousands of visitors. Yuntai Mountain, the only national park in Henan Province which was inscribed in the first batch of world geological parks, Yuntai Waterfall with a drop height of 314 m, and the Qingtianhe Scenic Area endowed with both fames of "little south region of Yangtze River" and "Little Three Gorges" in North China provide superb natural sceneries; while places of historic figures and cultural heritages worth a visit include Ruins of Early Shang Dynasty, Ruins of Shangyang City (of Han Dynasty), Homeland of Sima Qian (the writer of Records of Historian, a famous scholar of Han Dynasty), Tomb of Emperor Xian of Han Dynasty, Jiaying Pass, Yueshan Temple, etc.