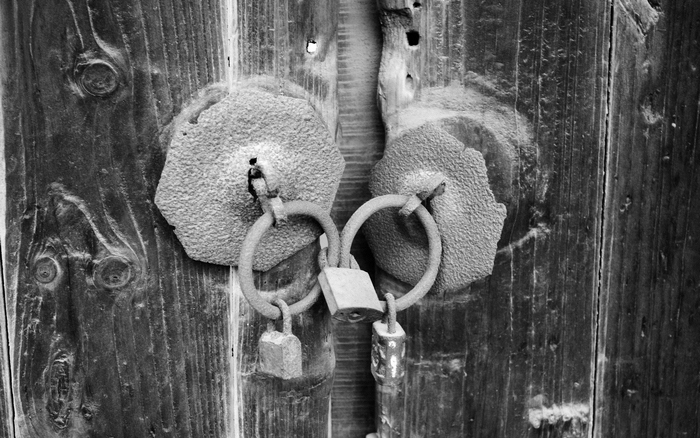 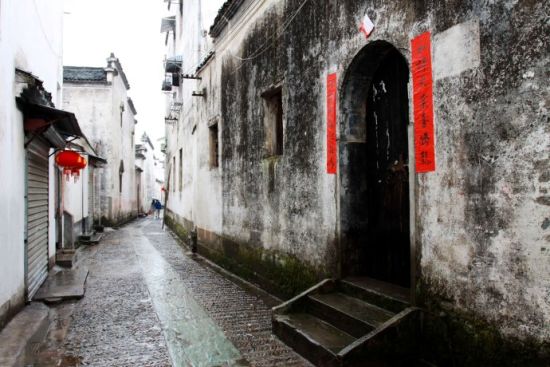 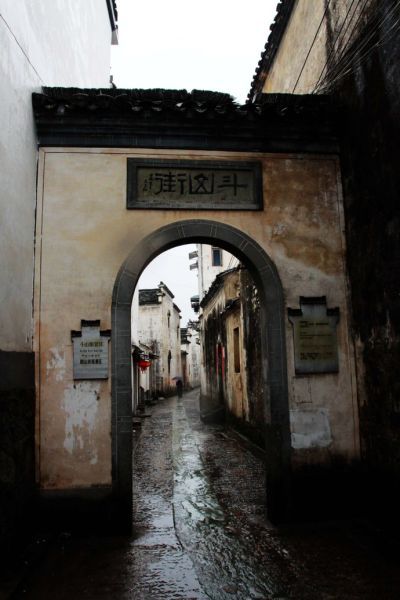 Location: located in the county town of Shexian, Huangshan City, Anhui Province
Ticket price: 20 Yuan/person.
How to get there: It takes about half an hour by bus from Dunxi (downtown of Huangshan City) to Shexian County

Being a cultural tourist site gathering old folk houses, carvings, and stone archways, Doushan Street got its name for abutting the Doushan Mountain (or Dou Mountain). The street was constructed during the Ming (1368-1644) and Qing (1644-1911) dynasties, which looks just like a dated and long traditional Chinese painting. 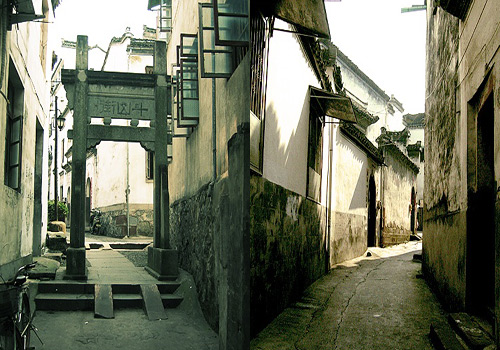 Walking on the old road and the narrow alleys of the street, typical Anhui-style buildings can be seen all the way: white-painted archways and walls, grey-tiled roofs, bluestone pavements and green moss, visitors can easily immersed in the long history of it. 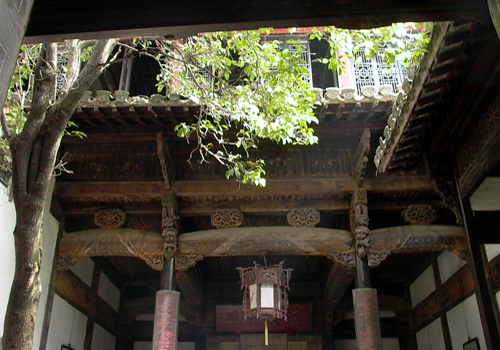 - The House of Yang Family: The house was said to be built by Yang Ning, who is the ancestor of the family as well as a high-ranking official at the time. His prominent position left no doubt that the house of the family was build in an elegant way with carved and painted halls, watching building, wing-rooms.

- Chastity Archway of Lady Ye: It is said that Zhu Yuanzhang (the founder of Ming Dynasty) hided in the home of the couple of Jiang Laipu and Lady Ye and got food from the lady when he was eluded the pursuers of Yuan Dynasty (1271-1368). After Zhu overthrew the Yuan, he founded the Ming Dynasty. He wanted to repay her by inviting her to live in the imperial palace with him, but the vidual lady refused the invitation. The emperor felt far away from angry for that and ordered to build a wooden chastity archway to praise the lady for her loyalty to her husband.

- Thousand-year-old Frog Well: It is said that suffered from a shortage of water in the ancient times. But in Tang Dynasty (618-907), the local people found two clean streams unintentionally in a place where two frogs stayed, hence a well was dug there and served the local for over 1000 years.