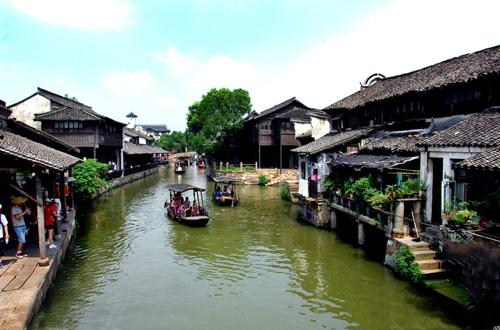 Airport in Hangzhou
Hangzhou International Airport is located in Xiaoshan District, on the south bank of the Qiantang River, and some 27 kilometers away from the downtown. It is the first airport in mainland China that cooperates with other capitals- one of the World’s Best Airports- Hong Kong International Airport. Hangzhou airport provides over 240 lines linking with other cities at home and abroad.

Transportation To & From Hangzhou International Airport
Taxi or shuttle buses are available to transfer passengers between downtown Hangzhou and the airport. The ride takes 40 minutes to 1 hour. Generally it costs about 110-150RMB to take a taxi, and 25RMB by bus. It is suggested to arrive at the airport at least 2 hours before the take-off time.

In addition, long-distance coaches are available at Hangzhou International Airport. Travelers can go from here to the places such as Qiandao Lake(Thousand Islets Lake), Shaoxing, Yiwu, Hengdian, Ningbo and Wuzhen.

Public buses are available at almost every corner of the city to both railway stations.

Long-distance bus stations in Hangzhou
Being the center of highway network in Zhejiang Province, Hangzhou has four passenger transport stations in four directions with coaches departing for each direction. Shuttle buses can transfer passengers between every two stations.

In the scenic area of the West Lake, short cruise is available. There are motor-driven boats, rowing boats with boatman, and without boatman for choices.