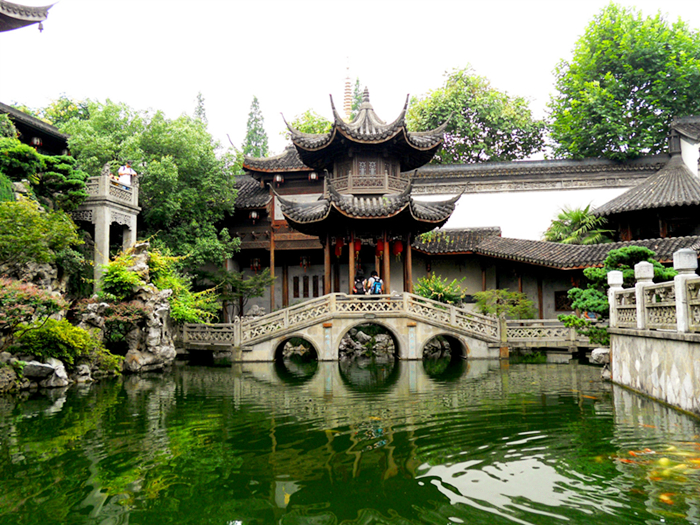 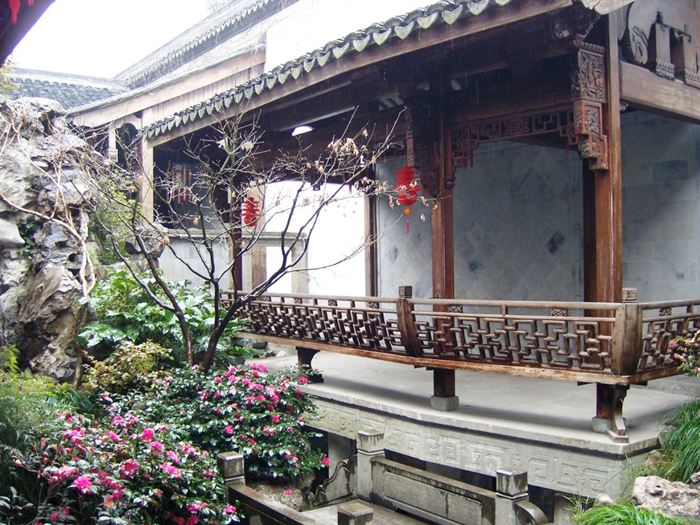 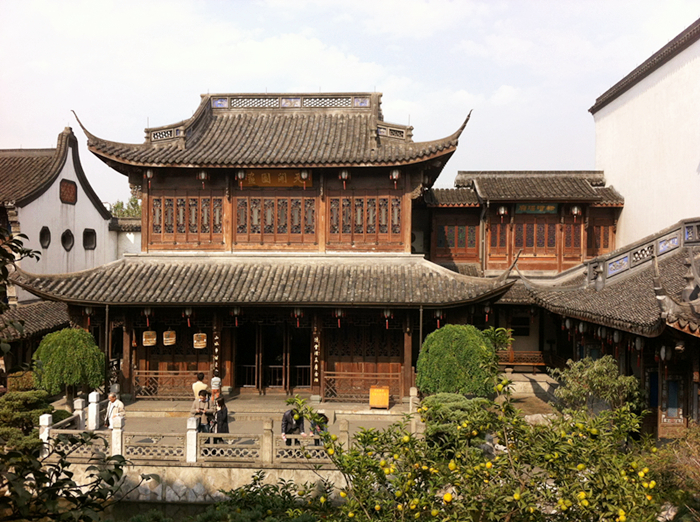 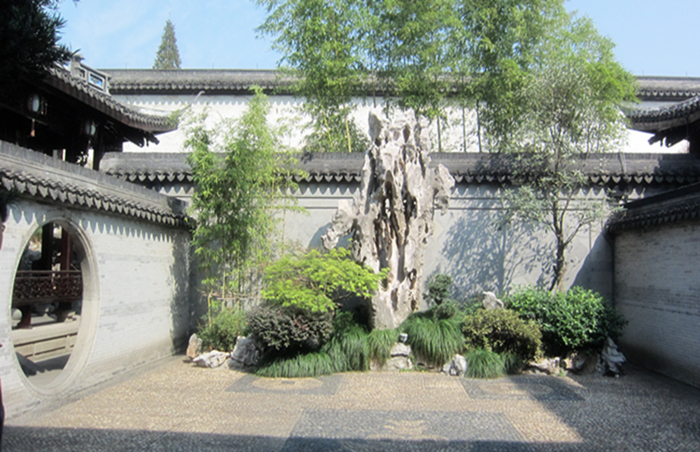 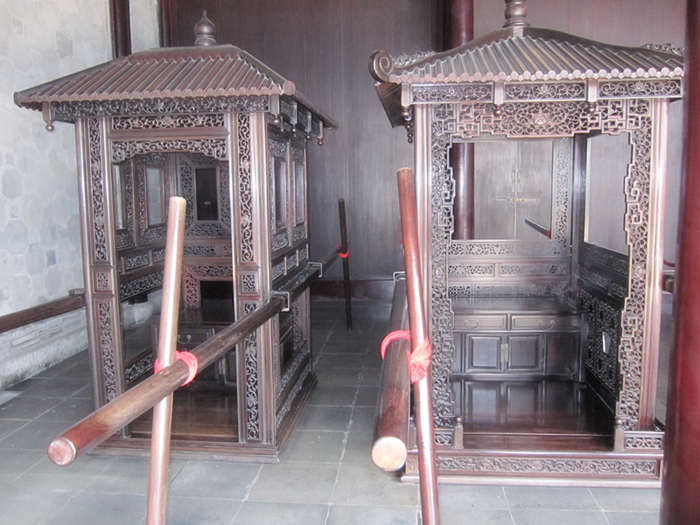 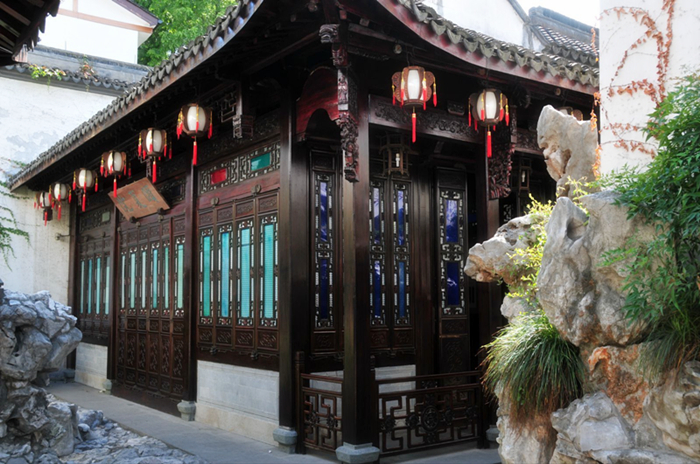 At the peak point of Hu Xueyan’s business career, he spent more than 30 millions taels of silver and 3 years (1872-1875) to construct this architecture complex with the combination of Western  and traditional Chinese styles. The excellent architecture complex totally occupies about 0.72 hectares and the building area covers some 5,815 square meters.

The Former Residence of Hu Xueyan is densely constructed with intriguing design. Living rooms are naturally melted into garden design. Most of the timbers used here were from precious wood like ginkgo trees, Gold Phoebe, rosewood, araucaria and Chinese beech, making it almost could compete with the extravagance of imperial palace. But the main gate of this luxurious residence is not as spacious and magnificent as those of other dignitaries in China, which implies Hu’s philosophy of life: Hidden deeply and keep a low profile. 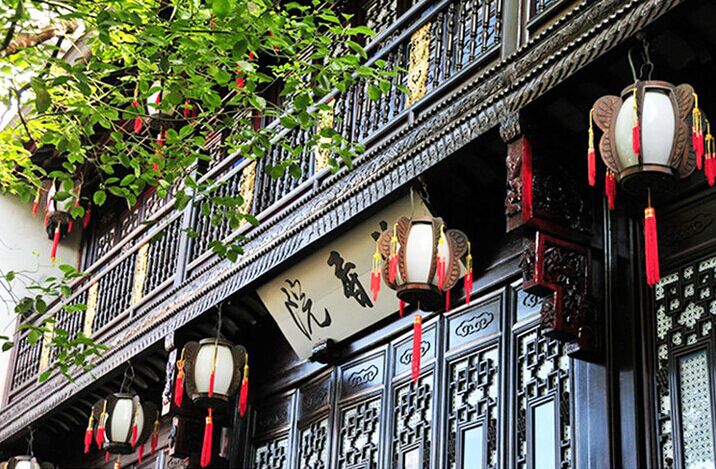 Buildings on the axis of this complex are reception halls which composed of Sedan Chair Hall, Main Hall and Hall with Four Windows Around. On the right side of the axis (west side) are living rooms with courtyards, which composed of Nanmu Wood Hall, Twinned Hall, Yixia Courtyard, Rongdong Courtyard, etc. where were living area of Hu’s wife and concubines. On the left side is a garden named Zhi Yuan. In this garden there is a rockery very beautiful, with a biggest artificial cave in China inside the rockery. Sinuous roofed corridors connect different parts of the garden. Along the lake in the garden, there are many elegant pavilions. Leisurely walking in the garden, you can find lots of crafts like stone carving, wood carving and brick carving, making the garden a treasure museum of folk arts and crafts.

After 16 months’ renovation, this former residence of Hu Xueyan opened to public in January 2001. The renovation totally cost about 0.6 billion Yuan, including the work of surveying and mapping, archaeological studies, design and maintenance. 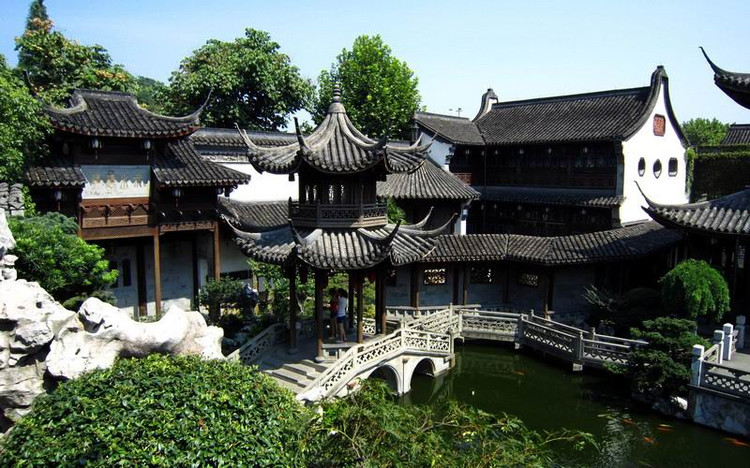 Profile of Hu Xueyan (1823-1885)
Hu Xueyan was born in Jixi County, Anhui Province, and immigrated to Hangzhou when he was thirteen years old. To support his family, Hu worked in a local private bank when he was young, his shrewdness and diligence emerged at that time. Later with the support of high officer Wang Youling, he ran his own financial business and established a private bank of Bu Kang. Hu Xueyan was ever awarded the title of Provincial Administrative Commissioner by Qing government for his great support to the army of Zuo Zongtang to put down a rebellion in today’s Xinjiang Uygur Autonomous Region. After his 40 years old, Hu Xueyan’ business reached its great prosperity, not only profited in private banks he also widely invested in food industry, real estate, pawn shops, raw silk and ammunition. His most famous shop is a pharmacy of Hu Qing Yu Tang which is still thriving today.