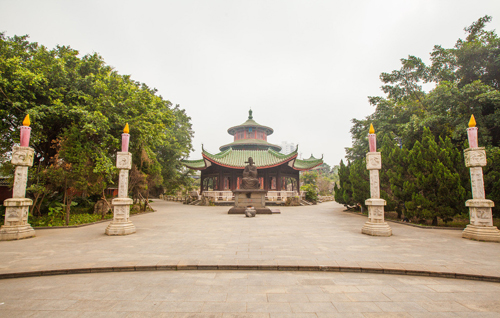 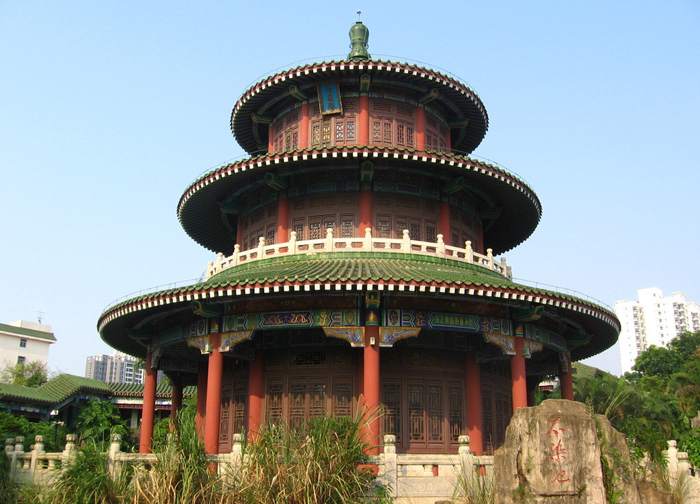 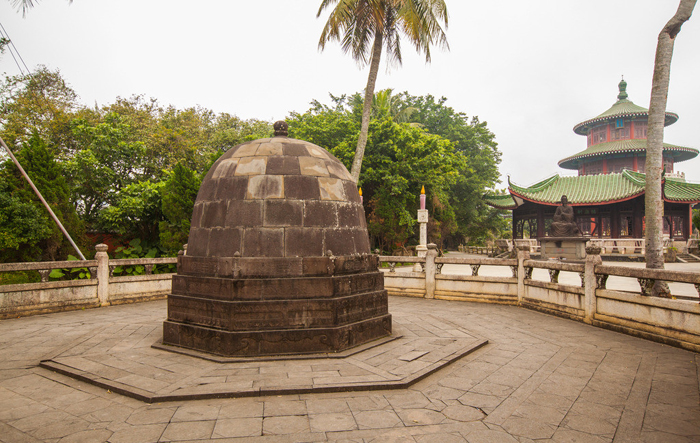 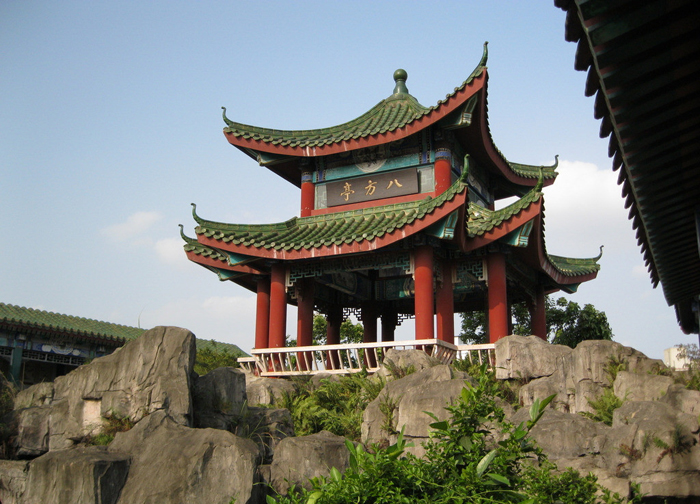 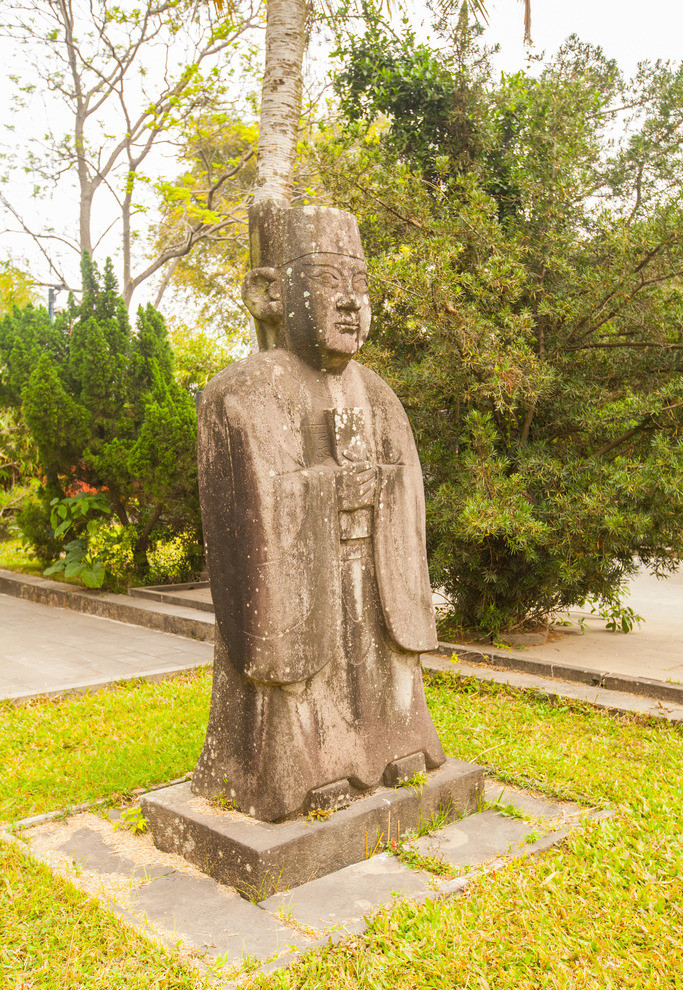 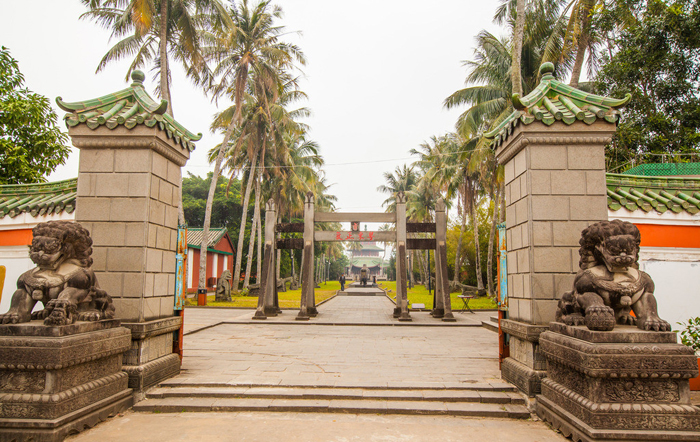 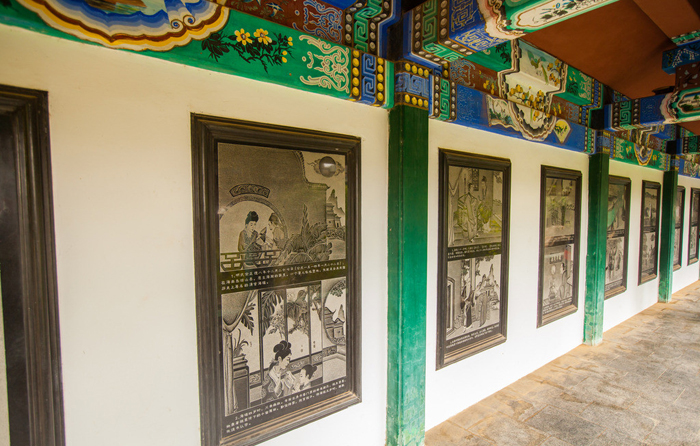 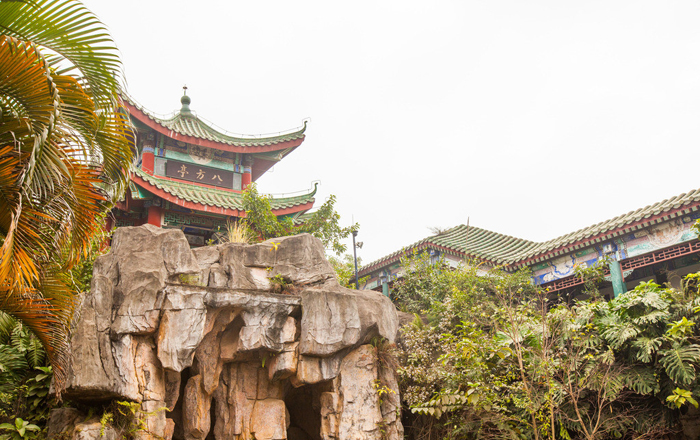 Chinese name: 海瑞墓（Hai Rui Mu）
Location: No. 39, Qiuhai Avenue, Longhua District, Haikou, Hainan Province, China
Opening time: 08:00-17:30
How to get there: Take Travel Line A and bus 2, 16, 19 in downtown Haikou to get there.
Best time for visit: all year round
Recommended time for a visit: 1-2 hours

Introduction to Tomb of Hai Rui
Tomb of Hai Rui is situated in Haikou City of Hainan Province. It was built in 1589 during the Ming Dynasty, covering an area of more han 4000 square meters. The Tomb of Hai Rui is a key national cultural protection area, and is one of the more popular tourist attractions of Haikou.

Hai Rui (1514-1587), also known Ruxian, was an uncorrupted minister in the Ming Dynasty. In his lifetime, he helped the common people to get the right. He fought against a lot of corrupted officials of the time and was considered to be the most upright of his time. His name has come down in history as a model of honesty and integrity in office and he reemerged as an important historical character during the Cultural Revolution.

The architectures in the area of Tomb of Hai Rui are of primitive simplicity. There is a stone archway, on which there are four red Chinese characters “粤东正气". On both side of the path, which is paved with granites, stone statues of goats, horse, lion and tortoise are standing there.

At the end of the entrance path, you will see the tomb of Hai Rui, which is 3 meters high, with round roof. In front of the tomb, there is an incense burner in front of it. At the back of the tomb, there is the Yanglian Pavilion. On the pillars there are two couplets, which are written by Hai Rui. In the Qingfeng Pavilion, which is at the rear of Yanglian Pavilion, there exhibits the relics related to the life of the Hai Rui. Dotted with the green coconut trees, pines and cypresses, the whole tomb is solemn. 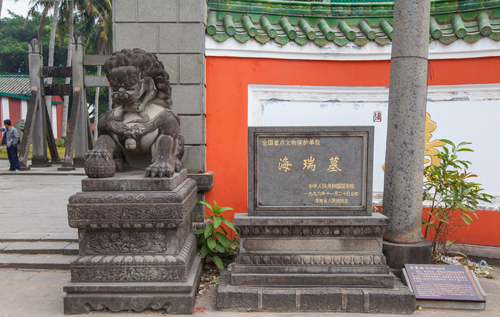 Hai Rui
Hai Rui(1514--1587), another name: Ru Xian and Guo Kai. Hai Rui was a historically renowned Chinese official of Ming Dynasty. He was famous for its clean-handedness and honesty. By the way, Hai Rui was an important historical figure used and exemplified in Chinese Cultural Revolution. Hai Rui, whose great-grandfather married an Arab and subsequently adopted Islam, was born in Qiongshan, Hainan, where he was raised by his mother. Unsuccessful in the official examinations, his official career only started in 1553, when he was aged 39, with a humble position as clerk of education in Fujian province. He built his reputation on uncompromising adherence to an upright morality, scrupulous honesty, poverty, and fairness. This won him widespread popular support but made him many enemies in the bureaucracy. Eventually he submitted a memorial impeaching the Jiajing Emperor himself in 1565 and was sentenced to death in 1566. He was released after the Emperor died in early 1567. 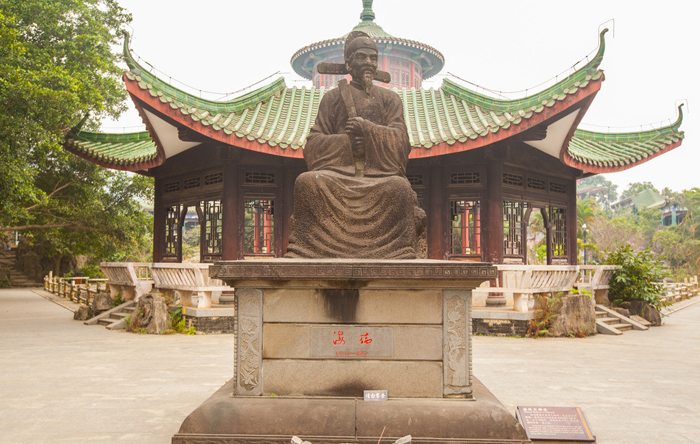 Hai Rui was reappointed under the Longqing Emperor but soon forced to resign in 1570 after complaints were made over his overzealous handling of land-tenure issues. He then spent 15 years in retirement in Hainan before being finally brought back in 1585 under the Wanli Emperor. Hai Rui died in office two years later. This is Hai Rui, a widely-respected official of ancient China and as equally famous as Lord Bao of Song Dynasty.