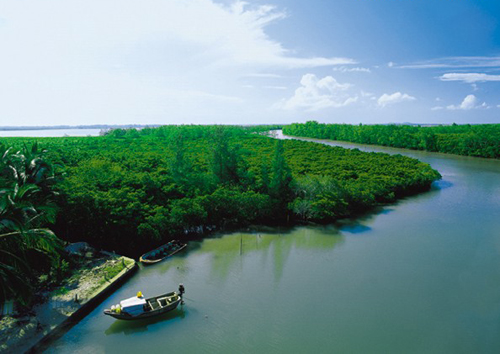 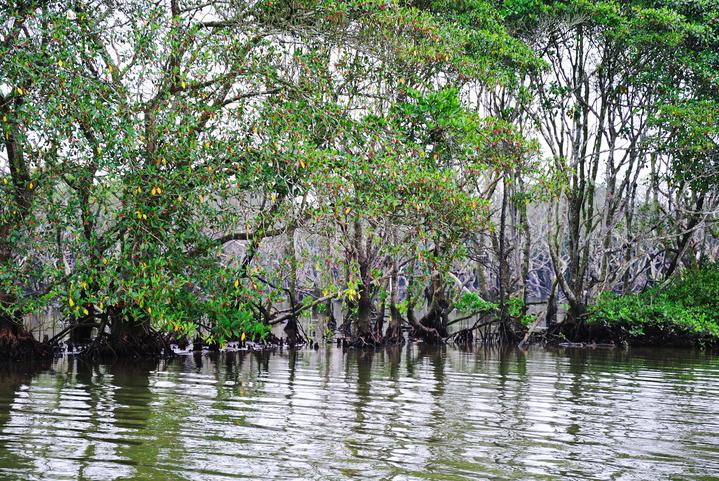 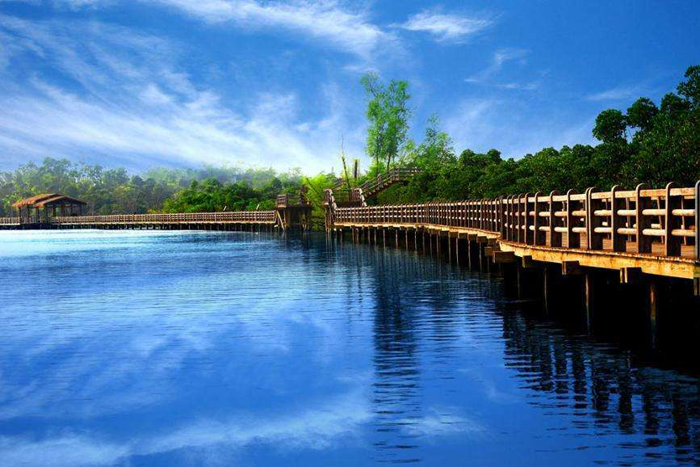 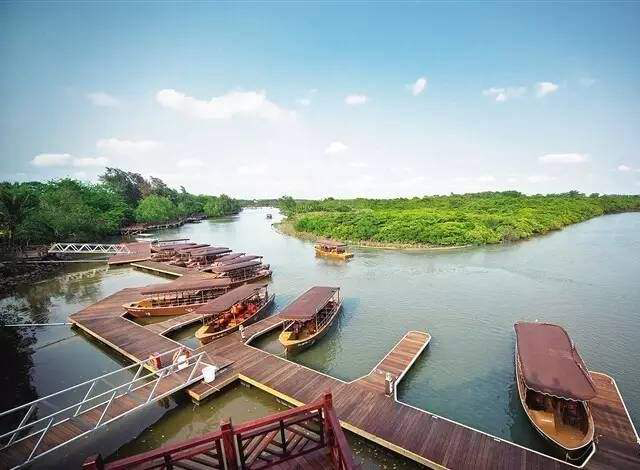 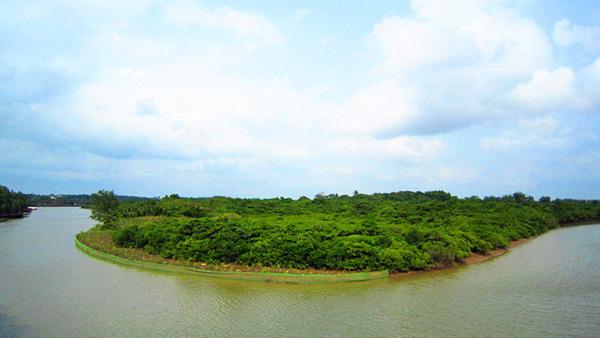 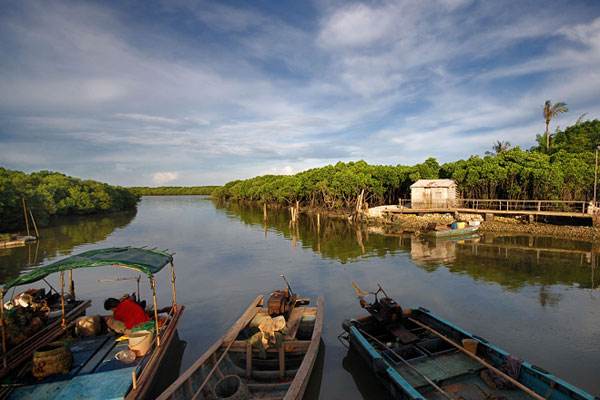 Chinese name: 东寨港红树林自然保护区（Dongzhaigang Hongshulin Ziran Baohuqu）
Location: Dongzhai Harbor, Yanfeng Town, Qiongshan District, Haikou, Hainan Province, China
Opening time: 09:00-22:00
How to get there: It's 20 kilometers (12.4 miles) away from Haikou City, so you'd better take a bus at Qiongshan Minibus Station on Hongchenghu Road. Get off at Yanfeng Village and find a passenger tricycle; it will take you to Dongzhai Harbor directly.
Best time for visit: all year round
Recommended time for a visit: 2-3 hours

Introduction to Dongzhai Harbor Mangrove Natural Reserve Area
Dongzhai Harbor Mangrove Natural Reserve Area is the biggest swamp forest in China, measuring about 50 miles long and covering an area of roughly 4,000 square kilometers. A mangrove is a kind of tropical tree that grows in swamps and sends roots down from its branches. Some of the mangrove plants can reach ten meters high. When the tide comes in, the mangroves are submerged in water, and when the tide ebbs, it is possible to walk along a path in the forest where swans and cranes can be seen resting. An interesting fact about mangrove trees is that they produce seeds which sprout and propagate within their own shell. Once they drop to the ground, they grow into flowers within one or two hours. However, if the seed falls into the sea, it does not take root but remains alive for up to three months until it finds land. Today the mangrove reserve is located inside a park dedicated to not only preservation but also educating the public about this self-sustaining ecological habitat. There are about 81 kinds of mangroves in the world and about half can be found in Hainan. 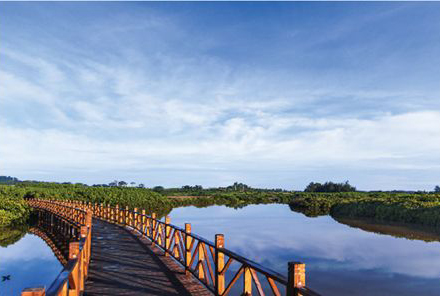 What to see in Dongzhai Harbor Mangrove Natural Reserve Area Dongzhai Harbor
Mangrove Natural Reserve Area is also known as Bird Heaven. About 159 species of birds inhabit the reserve, including many rare migratory birds. During the winter, which is the best season for bird watching, tens of thousands of birds can be seen. Because of the nourishment the mangroves provide to the swamp, marine animals prefer to mate and raise offspring here. In addition, fish, shrimp and shellfish are found in abundance. Tides vary according to season, but when the tide is in there are some really fun boat trips to be enjoyed, which wind in and out of the mangrove trees and then on to the tiny island nearby, ripe with pineapple trees. 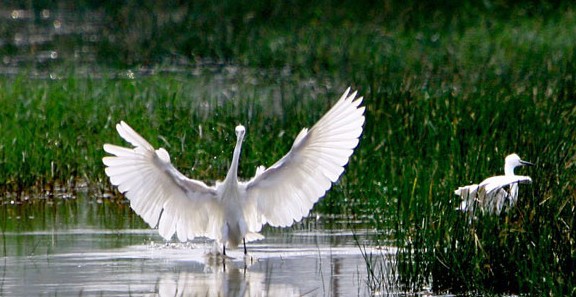 Apart from the beautiful scenery, there is actually an archaeological wonder in Dongzhai Harbor: The Underwater Villages. According to historical records, on July 13, 1605, a catastrophic earthquake occurred, resulting in 72 villages being submerged in about 3 to 4 meters under the sea, occupying an area of more than 100 square km. Every May or June it is possible to see these ancient villages sleeping quietly in the water.

Since mangroves are an integral part of a marine environment that provides shelter for both sea and land wildlife, they have been the focus of much international research and preservation efforts. The Association of the Research on Mangroves holds international seminars every year on mangrove protection issues. Dongzhai Harbor Mangrove Natural Reserve Area is not only a great place of interest to tourists but also is a place of scientific research both in China and abroad.