Fuzhou, the capital of southeast province of Fujian, also referred to as Rongcheng (city of Banyang trees), is an important southeast coastal city faces East China Sea as well as a nearest capital city of the country faces the island of Taiwan. Located in the downstream of Min River, Fuzhou is adjacent to Ningde City, Nanping City, Sanming City and Putian City. The city is heavily populated by Han people, who live harmony with over 20 ethnic minorities of Manchu, Miao, Hui, and so on. Just as its Chinese name Fu (福) implies, it is a city full of good fortunes (Fu). Enjoy advantageous geographical environment and a pleasant climate, the city is evergreen with rich products, thriving commerce, flourishing marine careers, unspoiled folk customs and splendid civilization. It has been a political and cultural center of present Fujian Province for over 1000 years in the history, and it is also a renowned hometown of overseas Chinese with over 3 million overseas Chinese around the world.

History of Fuzhou – A famous time-honored city with profound culture 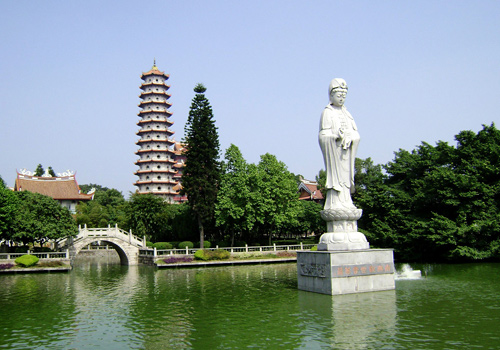 According to the archaeological excavation, the history of Fuzhou can be traced back to over 7000 years ago in the early Neolithic Age, during which time there are already tribes in the area. Fuzhou city was officially established in 202BC during the Han Dynasty (202BC-220AD), when it got its first name as Ye County, the capital of Minyue area. And it got its present name as Fuzhou in 725 during Tang Dynasty (618-907). For a very long time, it has been the political and cultural center of present Fujian Province, as well as the administrative center of the area for over 1000 years since the Southern Dynasty (420-589).

Fuzhou, an important trading port as well as the gate of Marine Silk Road, is worthy of the name as a time-honored city with splendid culture in the history development. Education in Fuzhou has a long history, and men of talent came out in succession. It is one of the cities in the country with most Number One Scholar in ancient China and most academicians of the Chinese Academy of Sciences and Chinese Academy of Engineering at present. Customs, culture, traditional arts and architecture in Fuzhou are all developed to a distinctive style of its own with strong regional characteristics. Deep influenced by Confucianism, clansman culture is profound in the city with great ancestral thoughts and numerous ancestral halls (it is roughly estimated as over 2000). Religion is also thriving that the city also called as a Buddhist Kingdom with most key Buddhist temples in the country. 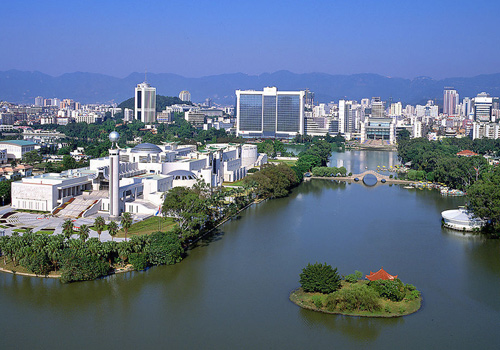 As one of the first five trading ports opening up in modern history, Fuzhou is a cradle of Chinese modern navy, and one of the origins of Chinese modern industry and technology. With its regional advantages as a coastal city, Fuzhou is developing rapidly with great achievements in economy, technology, high technology, electronic information and port business. Enjoy preferable policies and great support by the government, the city is blooming in an all-round way especially after the reform and opening up in 1978. Today, it has become one of the capital cities in China with highest speed in economy development, which also prosperous in all fields of science, technology, education, environment and urban construction. It is features with graceful sceneries, evergreen trees, well-preserved historical sites and profound cultural deposits. No wonder the city is given many times for all kinds of honorary titles, such as National Sanitation City, National Garden City, Model City for Environment Protection, National Civilized City, National Science and Technology Progress Advanced City, etc.