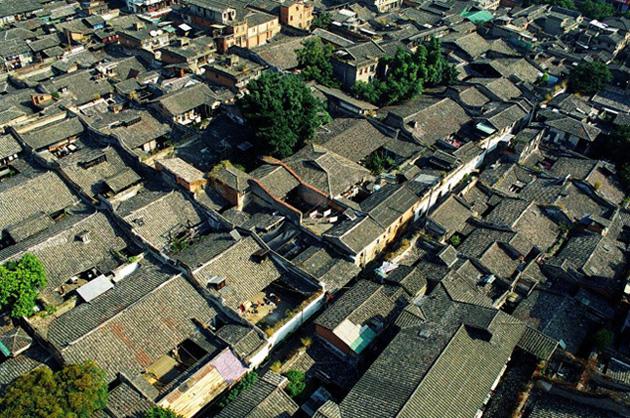 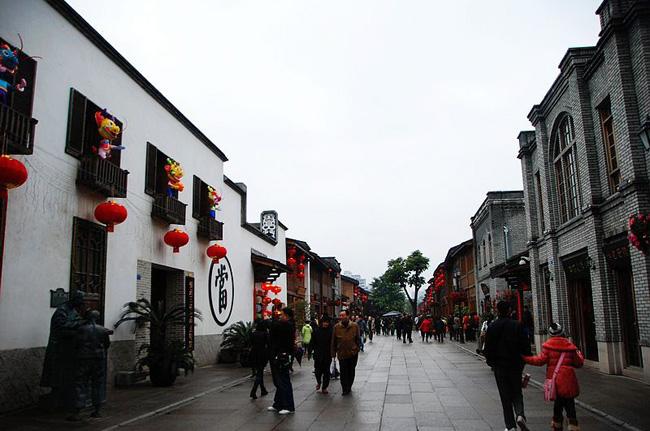 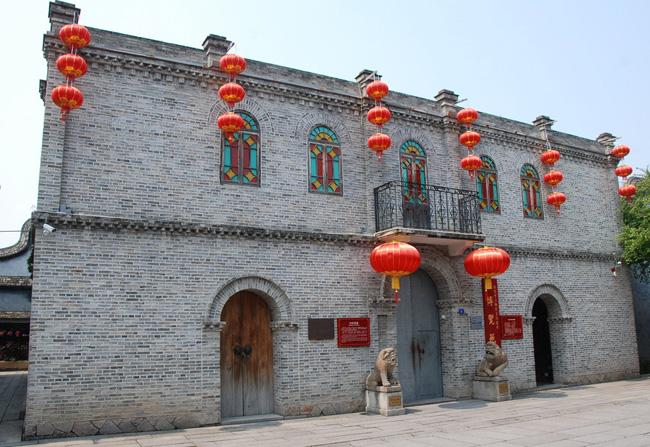 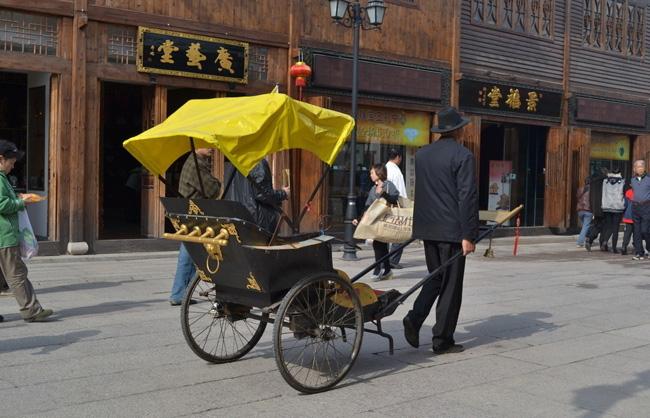 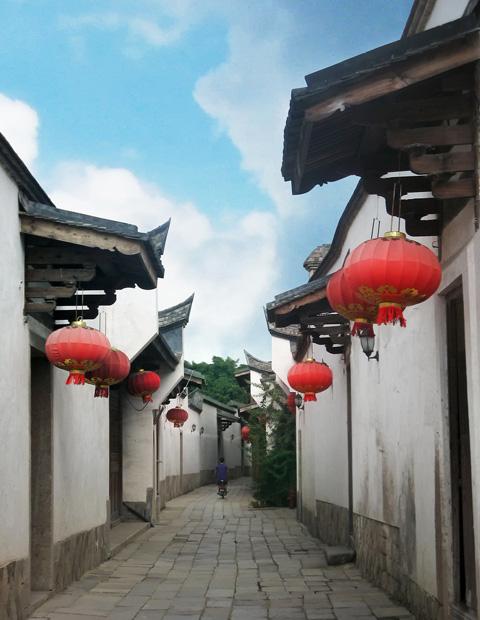 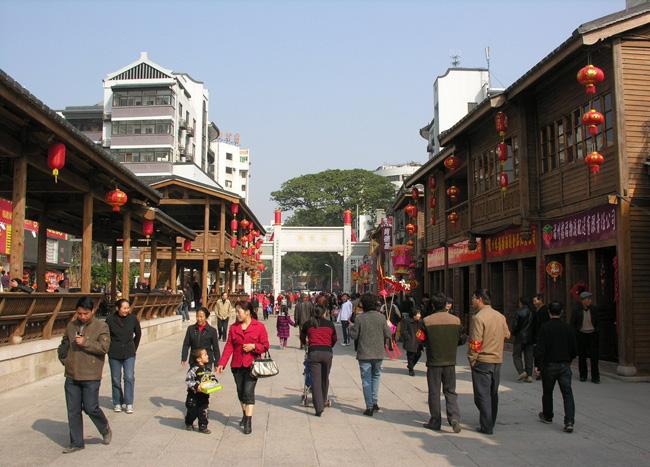 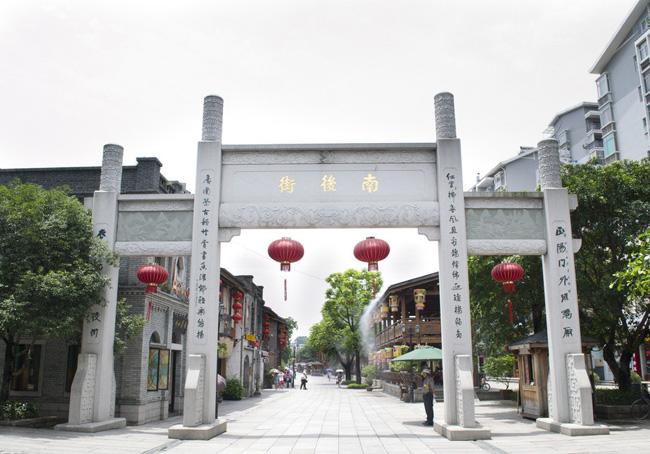 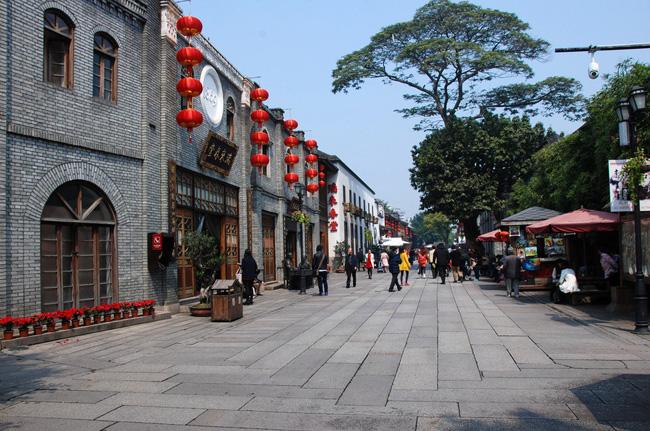 A famed historical and cultural street in China

Three Lanes and Seven Alleys is short for ten ancient lanes and alleys distributed in the two sides of South Backstreet of Fuzhou City, the three of which westerly are called lanes and the seven easterly are called alleys. From the north to the south successively, there are Yijin Lane, Wenru lane, Guanglu Lane, Yangqiao Alley, Langguan Alley, Anmin Alley, Yellow Alley, Ta Alley, Gong Alley and Jibi Alley. 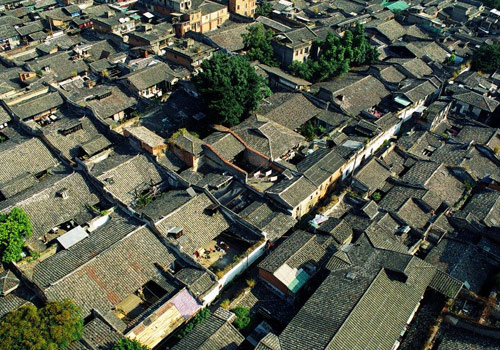 Three Lanes and Seven Alleys is an important heritage site under the national protection that belongs to the To p 10 Historical and Cultural Street of China. Covering an area of 38.35 hectares and originally built in late Western Jin Dynasty (265-316), it retains the basic street patterns of Tang and Song dynasties (618-1279) with 159 buildings in the styles of Ming and Qing dynasties (1368-1911), of which including 9 national protected historical sites and 8 provincial protected historical sites. Three Lanes and Seven Alleys is regarded as the "architecture museum of styles of Ming and Qing dynasties" as well as the "living fossil of ancient city street system". 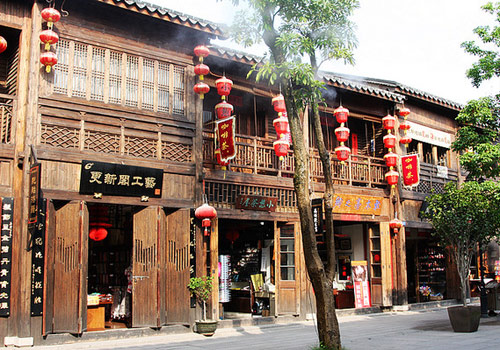 According to the history, after the An Lushan Rebellion in 755 of Tang Dynasty (618-907), many people took refuge in this southern city Fuzhou, and gradually this residential block took shape and inhabited by many officialdoms and intellectuals. It is a good place that given birth to numerous great men in the long historical standing. Today, many former residences of modern celebrities are still well-preserved for visiting, and these celebrities include Lin Zexu, Zuo Zongtang, Zheng Xiaoxu, Deng Tuo, Yan Fu, Bing Xin, Lin Juemin, etc.

Features and Highlights of each lane or alley 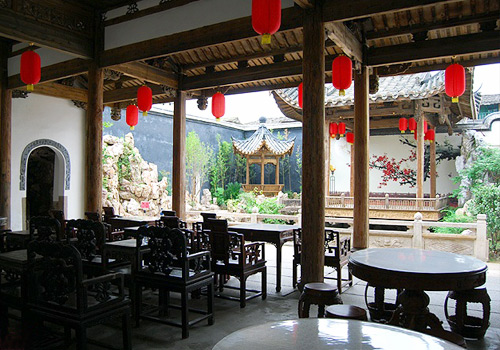 It is the first lane of the three lanes, which originally named as Tongchao Lane. As yijin in Chinese is usually used to describe people getting fame or money, the lane was renamed as Yinjin later because of many high-ranking officials were generated in the lane. No.1-4 of the lane is the former residence for Zheng Xiaoxu, a stateman in late Qing Dynasty; No.16 is the former residence of Zheng Pengcheng, a Jinshi (scholar who is a successful candidate in the highest imperial exams) in Qing Dynasty. The most characteristic of this lane is a waterside pavilion, which is a timber-structure monolayer terrace supported simply by four pillars; built on the pond with a courtyard, it is of great aesthetic value and perfect acoustics effects for enjoying operas and performances in the pavilion.

Guanglu Lane also gave birth to many great names in history, including the modern translator Lin Shu and modern writer Yu Dafu. The highlight in the lane is a Guanglu Terrace, one of the first protected sites of Fuzhou City in 1961, which is also a perfect integration of pond, terrace, pavilion, stones, trees and flowers with historical inscriptions. Besides, a timber-structure Liu Courtyard of Qing Dynasty, a former residence of Huangren, and a pavilion-bridge paved in Ming Dynasty are all the features of this lane. 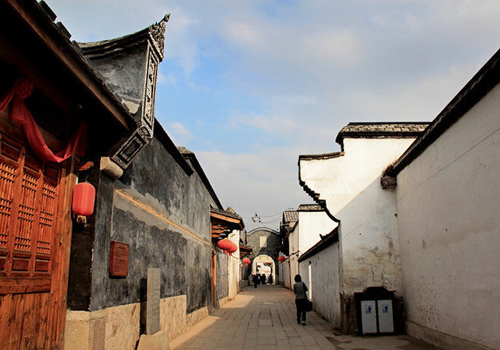 Yangqiao Alley is the northernmost alley in the attraction, which has been extended to be a road today. In the infall with the South Backstreet, a house is preserved for visiting; it is the former residence of Lin Juemin, a martyr of the Revolution of 1911 leaded by Sun Yat-sen; the house later was sold to the grandfather of modern authoress Bing Xin, who has vividly described the house in her works. A pair of Banyan trees on two sides of a bridge is also a unique attraction that the two trees growing in opposite directions on two banks but their branches and leaves embracing each other have created a wide shading which now a popular stop for passersby to have a tea.

Langguan Alley is in the south of Yangqiao Alley, east of South Backsteet; it is an alley built in Song Dynasty. A former residence of Yan Fu, a great modern thinker and translator, is located in the Alley. And there is a featured memorial archway in the west entrance of the alley.

It is in the south of Langguan Alley. Named as Tower Alley for a tower and a connected tower courtyard were once built in the street in Song Dynasty. The tower was destroyed in Southern Song Dynasty (1127-1279) but a small tower was built in Qing Dynasty to be a memorial one can be seen today. 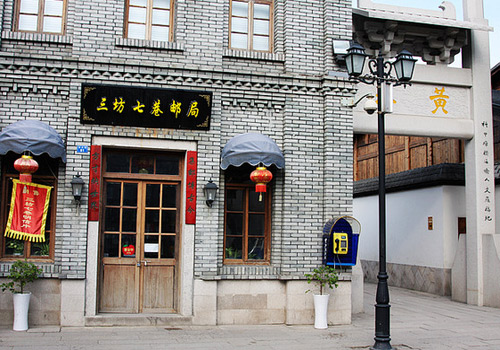 Yellow Alley is in the south of Ta Alley, connecting with Yijin Lane across the South Backstreet in both east and west directions. Yellow Alley got its name from the family name of a Huang (yellow) family in Jin Dynasty in 308. It is also a locality for intellectuals and celebrities of past dynasties. Today, former residences of Liang Zhangju (a couplets master) and Chen Shouqi (a scholar) in Qing Dynasty, and a "little yellow house" can be visited.

Located in the south of Yellow Alley, Anmin Alley is opposite to the Wenru Lane. An old dwelling in the west of the street still retains its first former symmetry pattern and unsophisticated style. It is a protected revolutionary unit of cultural relics as it was an office of the New Fourth Army during the Anti-Japanese War.

Gong Alley is in the south of Anmin Alley. Houses of rich and powerful family in Gong Alley is amazing epitomize of Fuzhou ancient architecture with ingenious structure and various carvings. Almost every detail of the house is elaborately carved with vivid images and beautiful patterns on wood or stones both in windows, doors, pillars, and even on steps and vase bases. 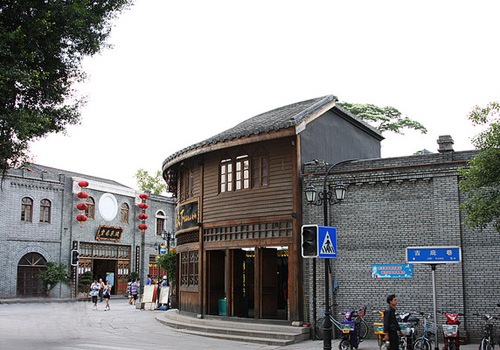 As the story goes, there was a young man named Zheng Xingzhi in Song Dynasty, he worked hard and finally won the Number One Scholar in the highest imperial examination. When he returned home after getting great fame, those neighbors and residents in the street avoided meeting him as they had insulted him before. Thus, the street was gradually called as Jibi by people because avoid hurriedly in Chinese pronounces as jibi (急避), which was later changed to be a auspicious phrase jibi (吉庇). The famous century-old Antai Restaurant (Chinese:安泰楼) is in Jibi Alley.

South Backstreet starts from Yangqiao Alley in the west and end in the south with Jibi Alley with a length of 1000 meters. It is the central shaft of Three Lanes and Seven Alleys, with the tree lanes in the west and seven alleys in the east. It is the main business street in the past dynasties in the area with shops of all walks of life from the daily necessaries of rice, salt to cultural products of books, mounting works, festive lanterns and the like. Today, some old and famous shops which operate traditional business are recovering, and modern elements of café and pubs are also added into the new street.