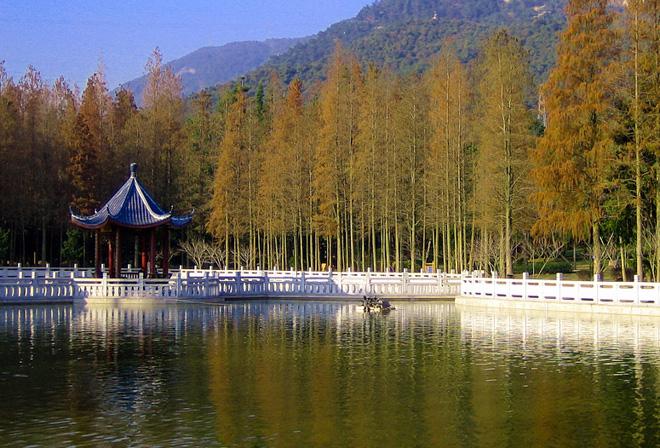 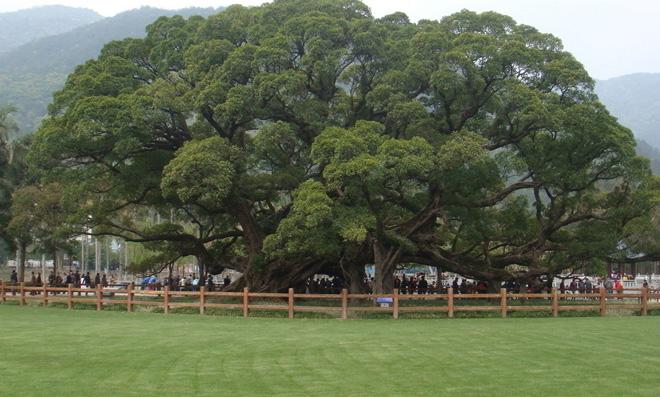 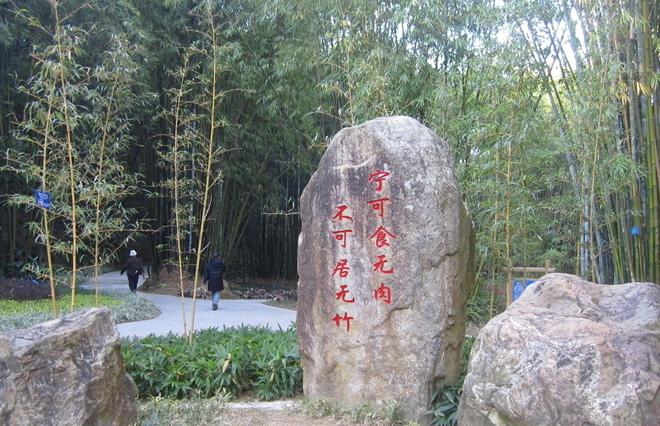 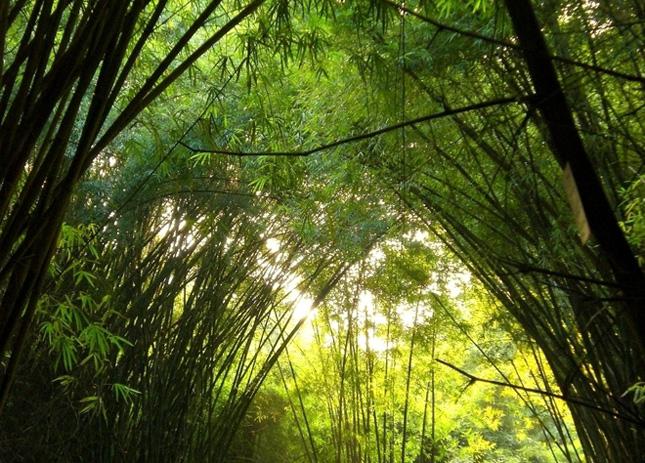 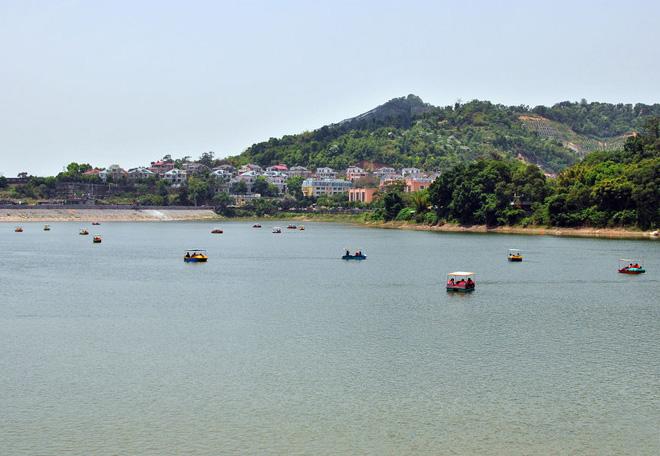 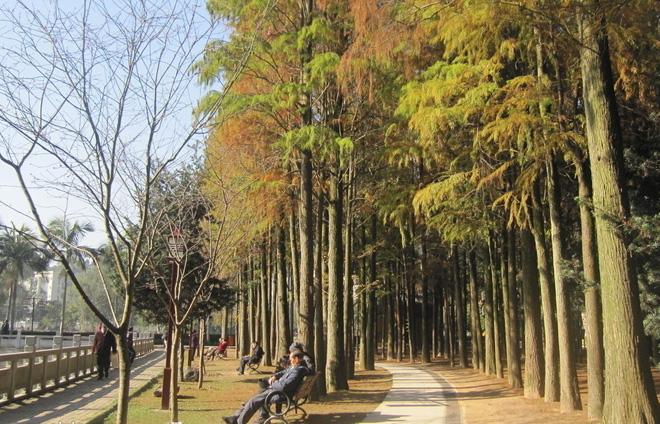 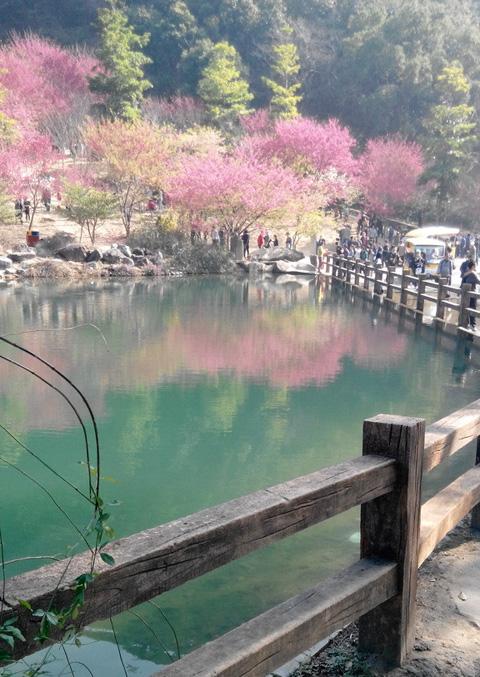 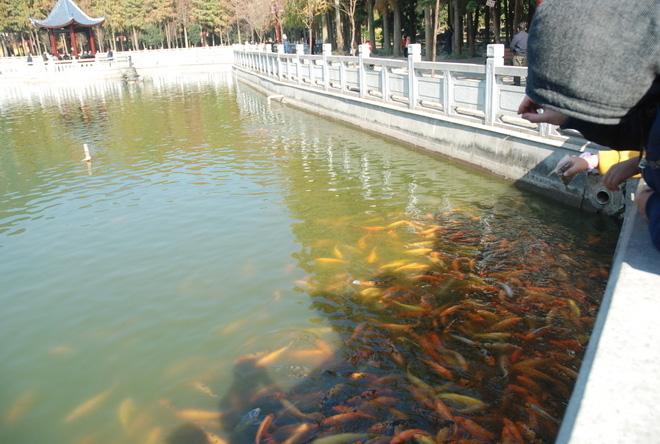 Chinese name: 福州国家森林公园 (Fuzhou Guojia Senlin Gongyuan)
Location: in Chiqiao Village, Xindian Town, the northern suburbs of Fuzhou City, Fujian Province, neighboring the Fuzhou Zoo.
Opening Time: 06:00-17:30
Tickets: Free for visiting in the park; CNY 25 for World of Birds and CNY 10 for sledding on dry land.
How to get there: on private coach or take buses No. 54,102, 72, 84, 87 and get off at the station of Forest Park (Chinese:森林公园); or take No.9, 62, 91, 102 and get off at the station of Zoo (Chinese:动物园), and then transfer to No.84 or 87, or just walking ahead for about 10 minutes to the gate of the park.

A comprehensive forest park for science research and for sight-seeing

Fuzhou National Forest Park belongs to the nine national forest park in China. Originally named as Fuzhou Arboretum (Chinese:福州树木园) and built in 1960, Fuzhou National Forest Park was so named in 1993. Covering an area of 860 hectares and embraced on three sides by green hills and one side by clear water, it is a comprehensive forest park for science research as well as for sight-seeing. Because of the geographic environment and forest protection effects, there is a unique microclimate in the park that the climate here is fairly mild in winter and rather cool in summer, and the temperature is often 3-5 centigrade lower than that of in downtown city. Renowned as a largest natural oxygen bar in Fuzhou, plentiful oxygen and negative oxide ion are released make the park attracts numbers of people to take a forest bath everyday. 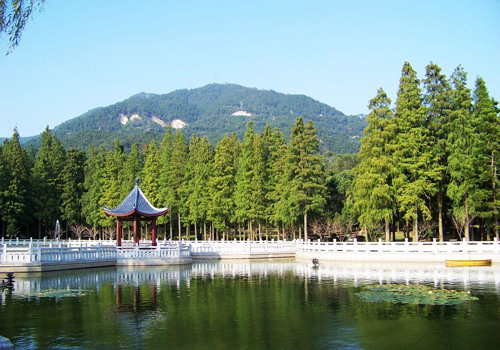 Focus on collecting and showing varieties of trees in Fujian Province, Fuzhou National Forest Park also introduces precious species from other areas and countries. Today, more than 2500 species of trees from all over the country and other 36 countries in the world can be found in the park, including the kapok tree from the south, Lombardy poplar from the north, hoop pine from tropical area, camphor tree from subtropical area, Chinese pine, gingko and metasequoia from temperate area, and the like. Rare plants under the national first-class protection in the park are the "living fossil" metasequoia of which one leave reportedly can exchange for 5 ton steels, the internationally renowned "Chinese dove tree" the davidia involucrate, the giant of the forest parashorea chinensis the height of which can reach over 70 meters, the queen of camellia the golden camellia which is found in 1960 and the relic of ancient forest, alsophilaspinulosa, etc. Plants under the national second-class protection include gingko, katsura tree, carpinus putoensis, eucommia ulmoides, sinocalycanthus chinensis, camellia grijsii, Yunnan camellia, caryota urens, cephalotaxus sinensis, litchi chinensis, etc.

What to see in Fuzhou National Forest Park? – The six excursion areas in the park 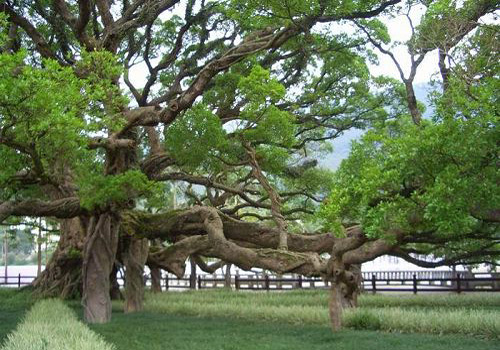 Arbor garden includes eight small ones specialized in bambusoideae, rare plants, palm, cycas, banyan, orchids of Fujian, shade plants and a celebrities' plants area. There are totally over 1000 local species and over 1700 introduced species in the garden, including 22 species of cycas, over 20 species of palm, and over 30 species of banyan trees. It successfully creates an artificial imitate ecological environment that visitors can just feel like in a tropical rain forest in the park. A Banyan King in Banyan Garden is the highlight of the garden attracting people from home and abroad. The tree is said to be planted in Song Dynasty (970-1279) when the Fuzhou City begun to plant numerous banyan trees under the government's project. Today, this Banyan tree has grown to be a largest one in Fuzhou with a height over 20 meters and a coronal over 1300 square meters.

It is the garden in the country with most species of bambusoideae plants with collected 226 species. These species cover the five scenery trees in the world, the umbrella pine, hoop pine, deodar, golden larch and coastal redwoods, the last one of which is hailed as a Mr. Friendly that was sent to Chinese former Prime Minister Zhou Enlai by former U.S. President Nixon; there are also the world's three drink plants of coffee tree, cocoa tree and tea plants, the world's four streets trees, the Chinese ten flowers (include 74 species of camellia) and many national flowers of other countries, such as Australian strelizia reginae and Japanese sakura. 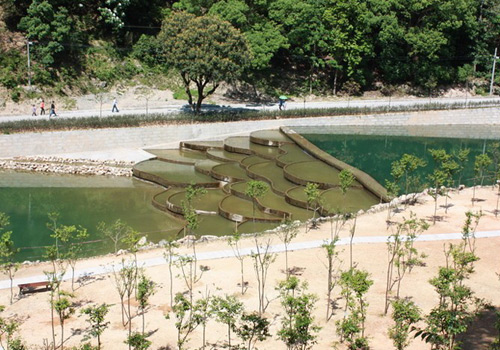 In this area, there are a Buddhist temple the Zhengxin Temple, an ancient path built in Song Dynasty, and a provincial protected tomb of Liu Bingxin, who is a Jinshi (a successful candidate in the highest imperial examinations) as well as the elder son-in-law of the great national hero Lin Zexu in Qing Dynasty (1636-1911).

Located in the most north of the park, Longtan Scenic Zone is a typical zone features south subtropical rain forest. With high ecotourism value, it is a mysterious area possesses brooks and waterfalls, bizarre peaks and rocks, stone inscriptions, jungles and springs.

It is the first museum in China that theme in the forest. Covering an area of 2040 square meters and opened to the public in 2001, it is a museum exhibits the formation and development law of forest as well as the relationship between forest and human beings by means of entities, samples, charts, models and multi-media. Over 10000 exhibitions of 15 kinds falls into four main parts, the animal specimens, herbariums, forest ecological landscapes and forestry achievements. It is a museum assembling great values of science, art, appreciation and participation, which also full showing the diverse ecologic types, rich forest resources and substantial achievements of forestry in Fujian Province. 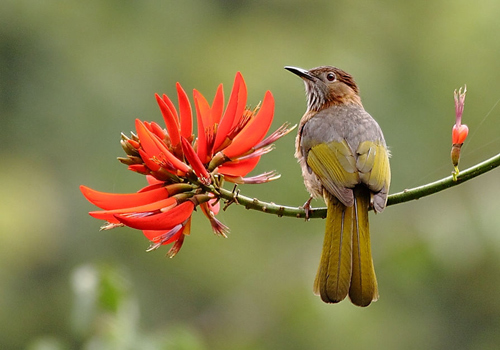 World of Birds is the only birds ecological tourist attraction in Fujian province. Occupying an area of 16667 square meters, it is a zone with most number of birds, most species, and richest birds' shows in China. About 5000 birds belong to 150 species from different regions in the world live here, including over 20 national rare and precious species and over 10 worldwide rare and precious species.