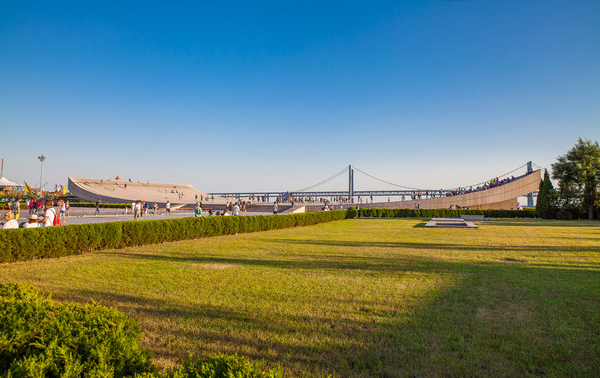 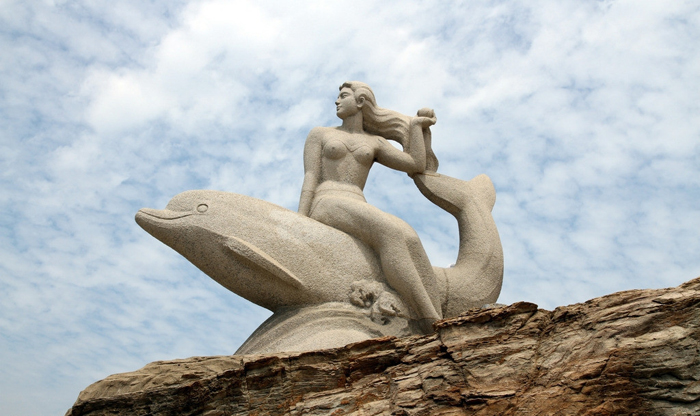 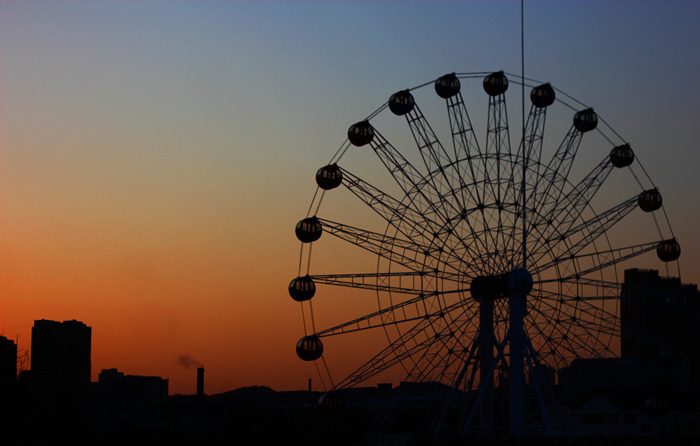 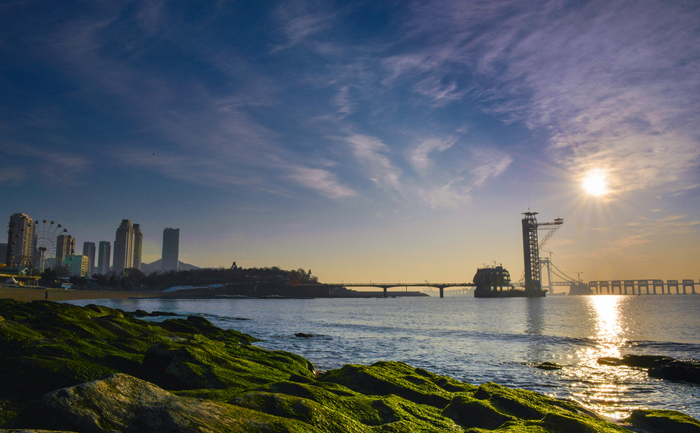 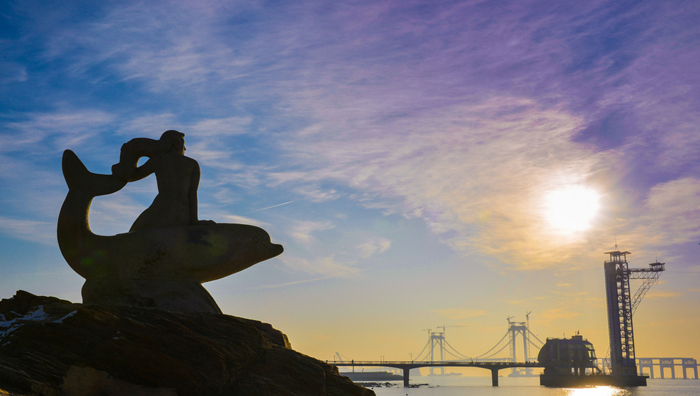 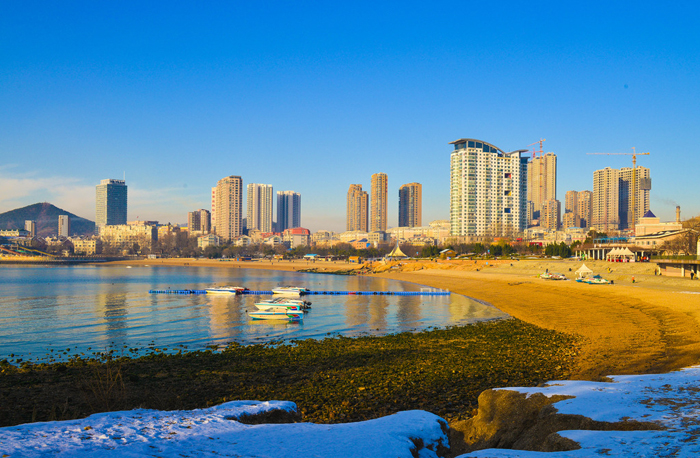 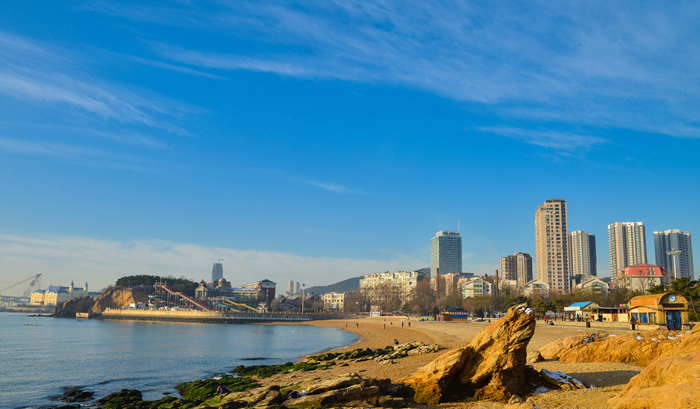 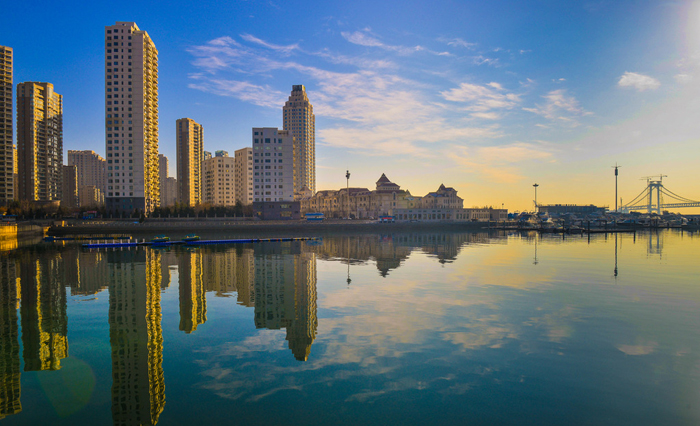 Chinese name: 大连星海公园 (Dalian Xinghai Gongyuan). Location: Situated at the southwestern side of Dalian City and bordered Xinghai Bay; No.634, Zhongshan Street, Shahekou District, Dalian City, Liaoning Province. Opening time: 07:30-17:30（the opening time will be extended in summer） Entrance fee: free, CNY100 for Sun Asia Ocean World How to get there: By bus No.22, 23, 28, 406 or LRT No.202 and get off at Xinghai Park Station (星海公园站) . Best time for visit: all year around

Dalian Xinghai Park is situated at the southwestern side of Dalian City and borders Xinghai Bay, from which it takes the name "Xinghai Park". There is a huge peculiar and rare stone standing in the Xinghai Bay. According to the traditional legend, the huge stone was the "Star Stone" from the outer space. So, the bay was called Xinghai Bay and the park beside Xinghai Bay was called Xinghai Park. Xinghai Park was built by the South Manchuria Railway Company in 1909. It has a long history and it is the biggest seashore park rightnow in Dalian city which consists of a land park of 150,000 square meters and an arch-shaped bathing beach stretching 800 meters. 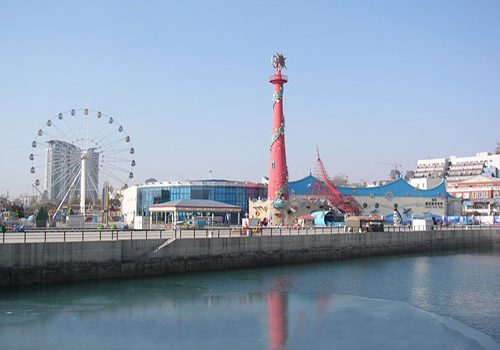 Dalian Xinghai Park is a multi-functional integrated seashore park, which combines seascape appreciating, summering and sea-water bathing. There are four functional areas in the park: visiting area, rest area, recreation area and bathing beach and there are many amusement projects in Xinghai Park. High-platform water-skiing, magnetized swimming pool, high-diving and torrential streaming adventure are the most popular ocean amusement activities among the visitors home and abroad in Xinghai Park. The most luxurious sea bungee jumping in world and the famous submarine channel aquarium –“Sun Asia Ocean World” are also located in Xinghai Park. The cross-sea cableway in Xinghai Park is currently the longest cross-sea cableway in the word and the prehistoric life museum in the park is the only prehistoric exhibition hall in China, which displays various life fossils of millions of years ago.

Tourist Attractions in the Land Park

In the land park there are numerous trees and colorful flowers and the special cobblestone footpaths have linked all kinds of pavilions, such as Qile Pavilion, Haiyan Pavilion, Yingchao Pavilion, and Wanghai Pavilion. Standing in the Wanghai Pavilion, you can have a fantastic view of the beautiful ocean and appreciate Xinghai Stone, Solar Stone and Lunar Stone. In the middle part of the park, there are two fountains with different sizes and heights and a 95-meter-long cascading water steps which form magnificent and amazing cascading water–streaming landscape. At the eastern and western sides of the park are cliffs. Standing on the cliffs, you also can enjoy the beautiful scenery of Xinghai Bay where sea and sky blend together on the distant horizon. In the eastern cliffs, there is a cave called "exploring the sea". As you descend the steps within the cave, you will find the sea-spray rising at your feet. It is a truly amazing sight. 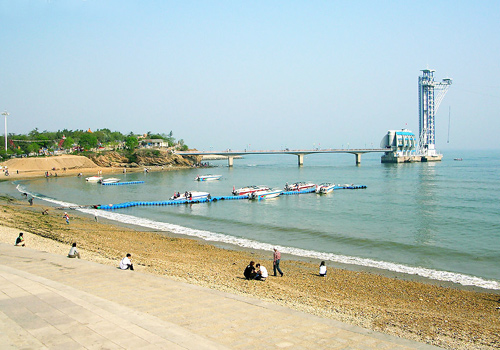 The 800-meter-long nature beach and 30-meter-long man-made beach are the primary highlights of the park. It is quite tranquil there and the golden sand beaches are very flat and soft. The depth of the bathing beach is moderate and water-streaming speed of the bathing beach is very slow. Recent years, the first ocean amusement park of Dalian city was built in Xinghai Park. High-platform water-skiing, magnetized swimming pool, high-diving, torrential streaming adventure and other water recreation facilities were built in the ocean amusement park. So, the arch-shaped bathing beach is an ideal summer swimming and playing place, where you can enjoy a wide array of water sports and activities. Xinghai Park is regarded as the biggest “Summer Park” in Dalian city. Thousands of tourists are attracted to this holiday spot every summer.

Sun Asia Ocean World is a large-scale tourism project, which is invested by five companies of China and New Zealand. It mainly offers underwater seascape appreciating service and marine life viewing service. There are two floors in the whole building of Sun Asia Ocean World. The colorful tropical fish exhibition hall, the rock pool, western restaurants, souvenir shops and other service facilities are in the first floor. 118-meter-long submarine channel aquarium is located at the second floor. The aquarium is the only submarine channel-type marine aquarium in China. It provides more than 700 tails of fish with more than 200 species and the water capacity of the main pool is nearly 400 tons. As you walk through the underwater tunnel and find yourself surrounded by thousands of marine creatures, you will feel that you have entered mysterious world beneath the sea. 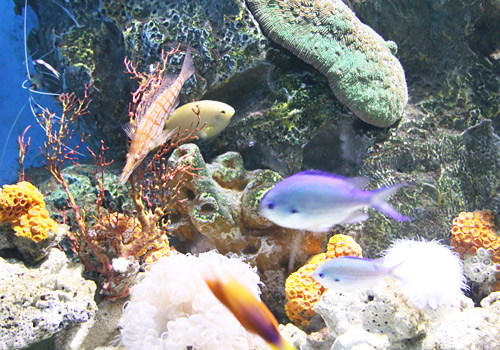 In the past few years, Xinghai Park had successfully held the "Xinghai Swimming Meeting in Summer", "Xinghai Garden Party in Autumn Festival", "World Totem Art Exhibition", "Peking Opera Mask Art Exhibition" and many other cultural entertainment activities. In the "Eight Sights of Dalian" selection activities, "Listening to the Sound of Tide" of Xinghai Park was titled as one of the eight sights. Xinghai Park is a really beautiful seashore park and the accumulative total of guests from both home and abroad is more than 300 million. You should come here to witness and experience by yourselves.