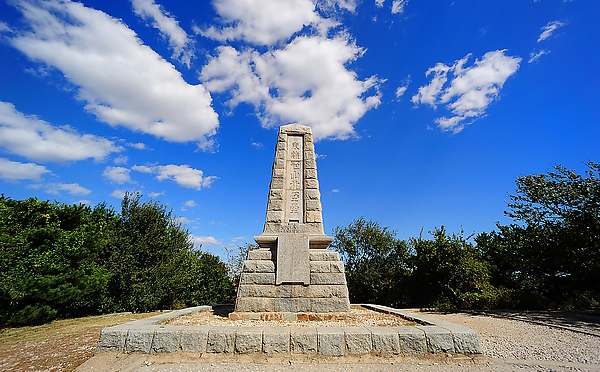 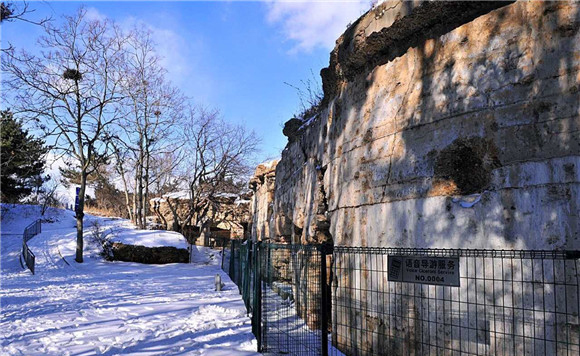 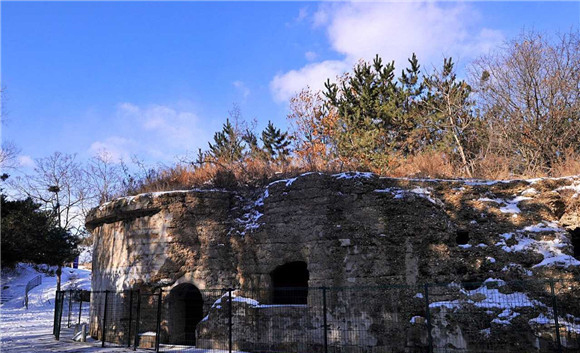 Chinese name: 东鸡冠山 (Dongjiguan Shan) Location: On the northeast of Lvshunkou District, Dalian, Liaoning Province, China. Ticket: CNY20. Opening time: 08:00-17:00. How to get there: There is no public bus to the scenic area, and attractions are scattered in the scenic area. So it is highly recommended that you hire a car to there if you go independently, and a toll of CNY10 will be asked to pay.

What to see in East Cockscomb Hill ? 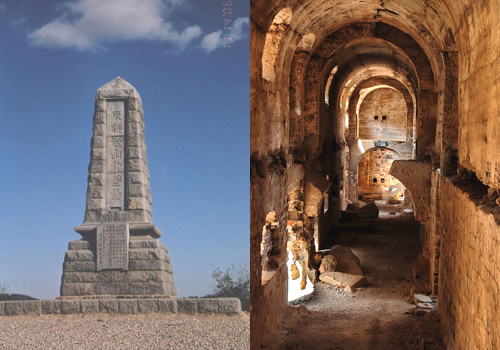 In order to possess the East Cockscomb Hill, the Russian and Japanese troops waged a fierce battle in the hill. The Exhibition Hall of Russo-Japanese War records the history of Russo-Japanese War with a number of historical pictures, objects, and videos. The crime of imperialists’ invasion into China is revealed fully.

The East Jiguanshan North Fortress was first built by tsarist Russia in 1900 with concrete and cobblestones. It is covered with a two-meter-thick layer of sandbags and soils. It has a complicated structure, including headquarters, soldiers’ dormitory, ammunition depot, bunker, side bunker, tunnel, stairwell, etc. The fortress is in a pentagonal shape surrounded by a trench measuring 6 meters deep and 8 meters wide. Outside the trench is a grid system on the hillside. During the Russo-Japanese War, about 900 Japanese soldiers injuried or died in order to seize the fortress. 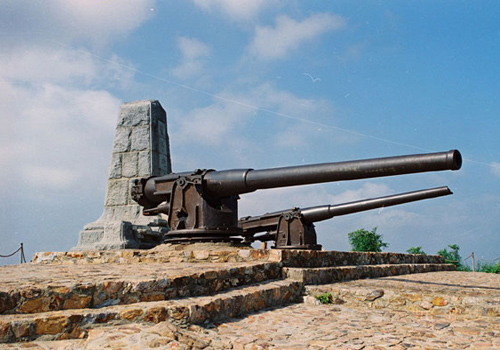 Wangtai Fortress is the last batter field for Japan and czarist Russia fought for Lvshun City of China. Two cannons were left behind by Russia Army, which was casted with a firing range of 10 km in 1899 by an Obukhov steel works. The two cannons were carried up to the hill by 2,000 Chinese labors forced by Russia Army. In 1905, the Japanese Army occupied the Wangtai Fortress, announcing the ending of land battle in Lvsheng. 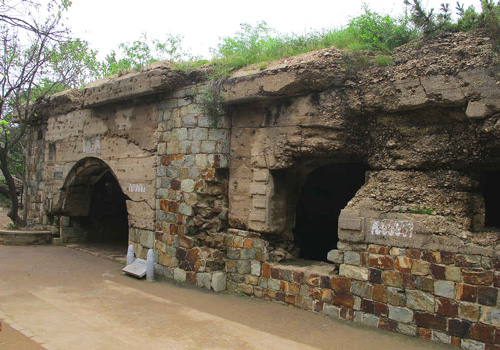