Charm of the Sea Square 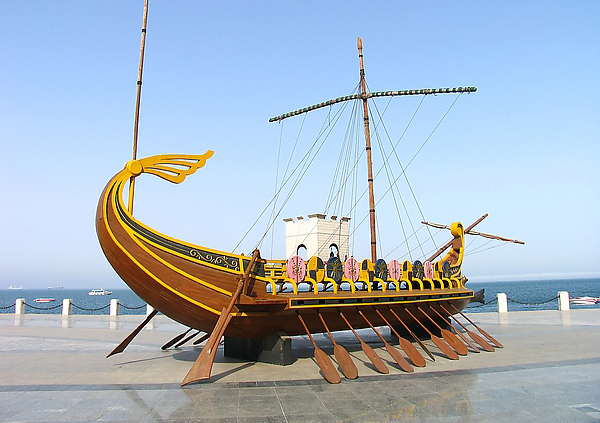 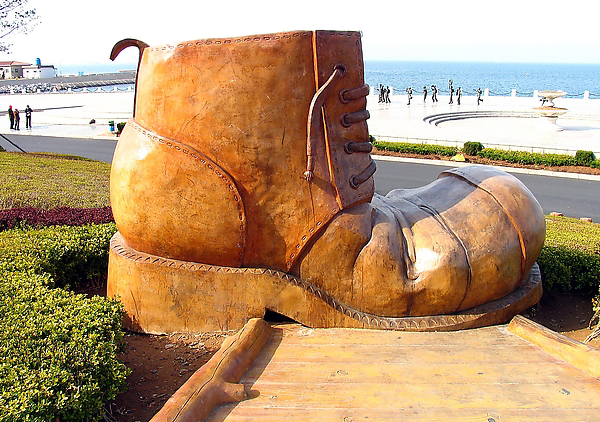 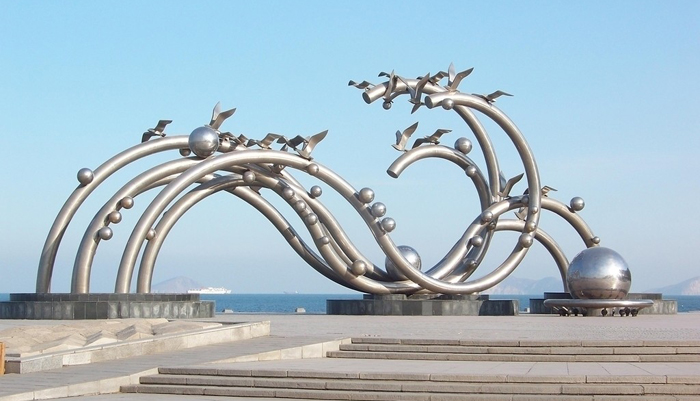 Chinese name: 海之韵广场 (Hai Zhi Yun Guangchang) Location: At the entrance of northeast Binhai Road Area, Dalian City, Liaoning Province, China; 10 km from city center. Opening time: 06:00-21:00. Ticket: There is no charge for entering the square, but CNY10 is expected for Charm of the Sea Park. How to get there: ---Take light rail Line 201(CNY1) to get there. ---Take bus No.529 and get off at the Charm of the Sea Square.

Brief introduction to Charm of the Sea Square

The most eye-catching part of the square is the sculpture of "Charm of the Sea" on the center of the square. It is made of five white wheel pipes of different curvature. The sculpture stands 19.9 meters high, marking the 100th anniversary of Dalian’s foundation in September, 1999. 21 soaring sea gulls on the sculpture symbolizes 21st century. 50 balls of different sizes resemble atoms, standing for the 50th anniversary of founding of People’s Republic of China. The five pipes just like a musical notation made by sea waves; the five balls are bouncing sea sprays; the seagulls are dancing to the music… 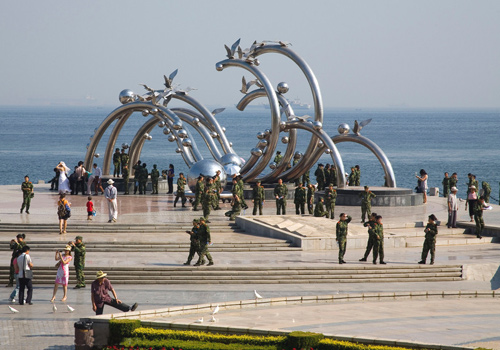 Standing on the center of the square, the first sight to see is an artificial waterfall, which has a fall drop of 60 meters. Source of the waterfall is Holy Axe Garden, which is also called Totem Garden. The Totem Garden symbolizes harmonious relationship between man and nature with a multitude of totems.