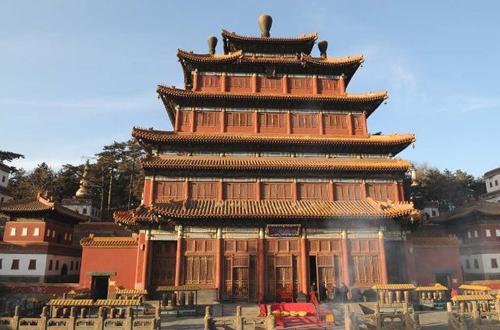 Chengde railway station is located in the southeastern part of Chengde city. Three railways of Beijing-Chengde, Jinzhou-Chengde, Chengde-Longhua have a junction on the Chengde stop. Through trains of Beijing-Dandong, and Beijing-Wulanhaote also pass through Chengde. Generally, people reach chengde via Beijing, because Beijing is only 230 kilometres away from chengde. No. 1, 2, 5, 7, 11, 15 buses can take you to the railway station of chengde.

Highways of chengde can lead travelers to Inner Mongolia in the north, Liaoning in the east, Beijing in the southwest, and Tianjin in the southeast. And it takes about five hours to reach from Beijing to chengde. Now, expresses bound for Beijing and Shijiazhuang are available in chengde long-distance bus station. In the peak travel season, non-stop shuttle buses from Beijing and Tianjin to chengde are available.

Bus – buses in chengde run frequently and bus routes are also many. You can take bus to almost all scenic spots of the city.