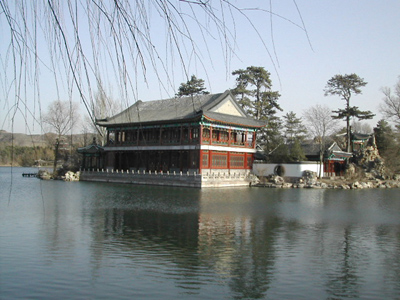 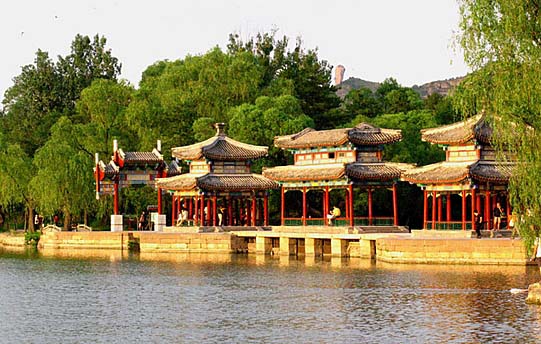 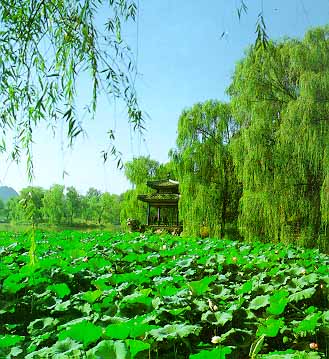 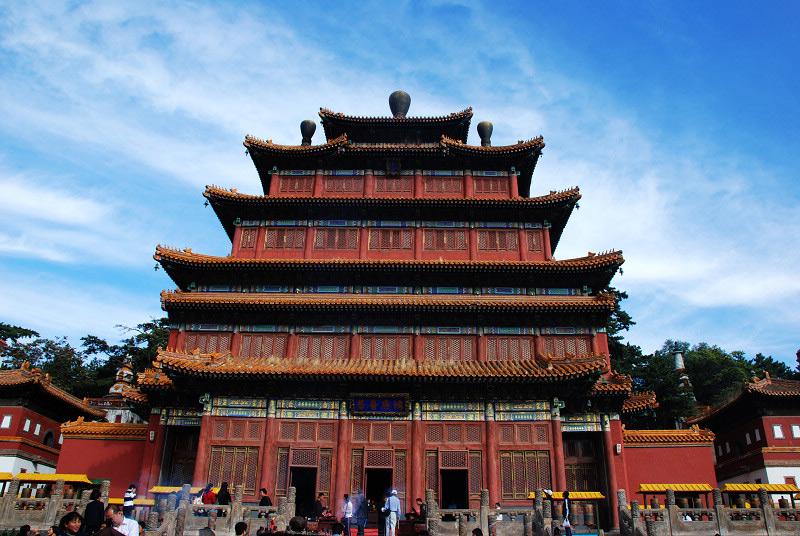 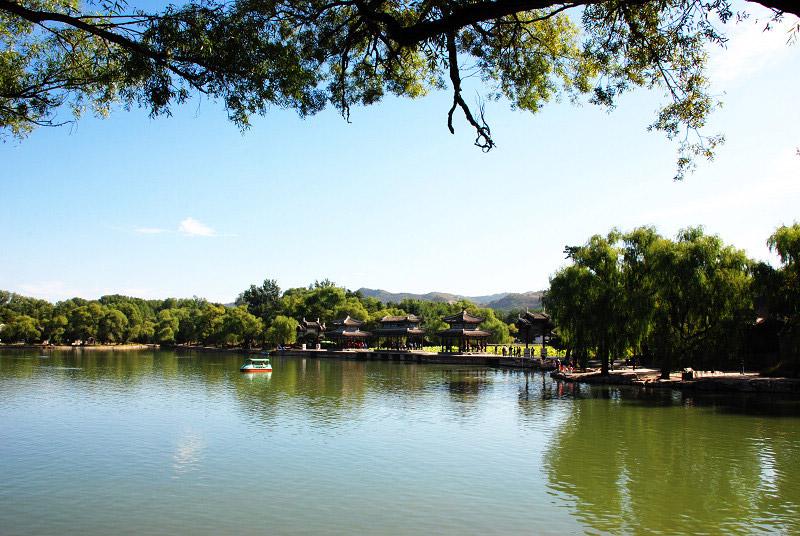 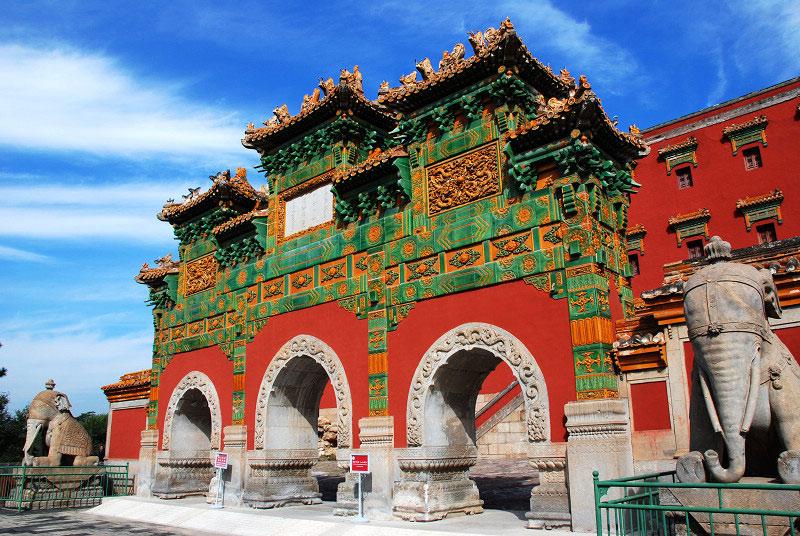 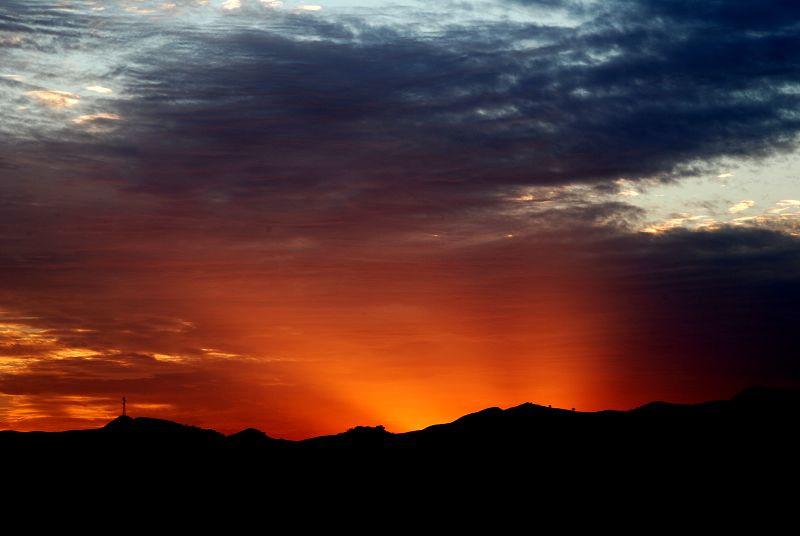 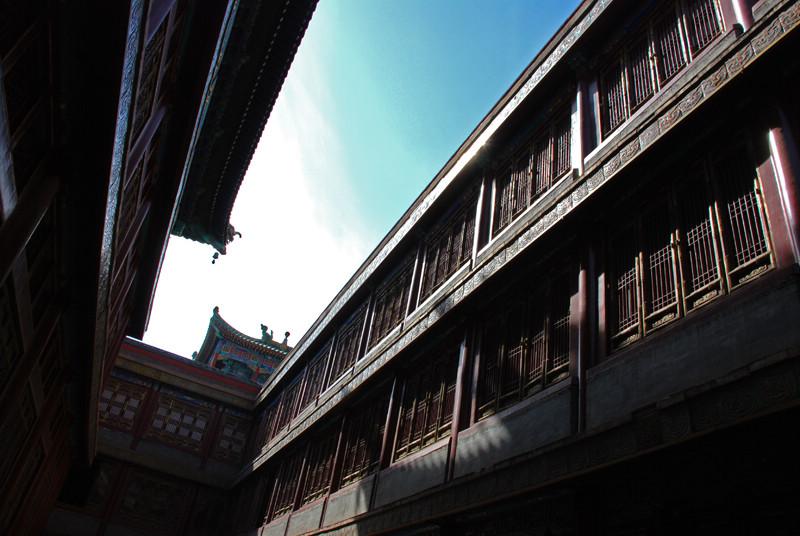 
Chengde Mountain Resort, also known as Chengde Summer Villa, Chengde Bishu Shanzhuang, Chengde Li Palace and Rehe Imperial Palace, is a popular summer resort for emperors and dignitaries in Qing Dynasty and also the biggest Imperial Garden in the world. It has made perfect combination of the natural sceneries. This attraction was built from 1703 to 1790 during Qing Dynasty. The emperors of Qing Dynasty usually handled daily affairs and spent summer here, making it the second political center of Qing Dynasty. The summer resort and the surrounding temples were placed on the world cultural heritage list in 1994. 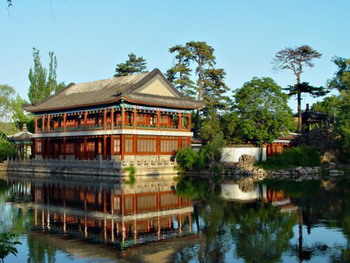 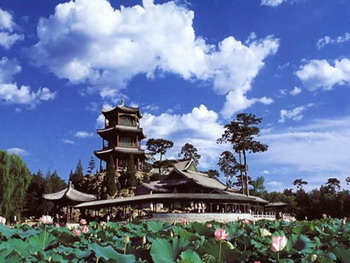 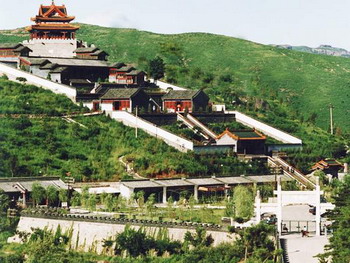 Chengde Mountain Resort is a large scale villa covering an area of 5,640,000 square meters, with 10 kilometer-long walls and more than 120 buildings. It is composed of royal palaces, gardens and a sprawling temple complex, most part of which are made of dark hardwood, such as halls, rooms, roofed corridors. Travelers who have gone to Beijing Summer Palace may find similar layout of architectures – paralleled and symmetrical in buildings, sculpted roofs, and harmonious color scheme. The resort can be divided into four sections: Palace Area, Eyot Area, Plain Area and Mountain Area. The Palace Area symbolizes Beijing; the Eyot Area is a miniature of the region south of Yangtze River; the Plain Area stands for Mongolia; and the Mountain Area is a silhouette of the plateau of Northeast and Northwest China.

Besides, 11 magnificent temples stand on the hills in a semi-circle in the outlying area, among which 11 temples are under the administration of Beijing government, thus be called Eight Outlying Temples. These temples, built on the elevating hill slopes, looking grand and splendid. The wood engraved Buddha with 42 arms in the Puning Temple, 22.28 meters tall, is the largest of its kind in the world. Pu’ning Temple is a famous temple combing Han and Zang ethnic group styles, with a golden 22.28 meter tall Avalokitesvara. There are also other classical temples: Xumifushou Temple was a imitation of the residence of Panchan-Lama-Zhashilunbu Temple; and Putuozongsheng Temple is in the similar shape of the Potala Palace. 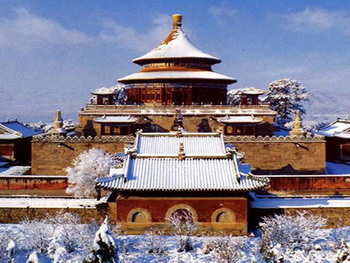 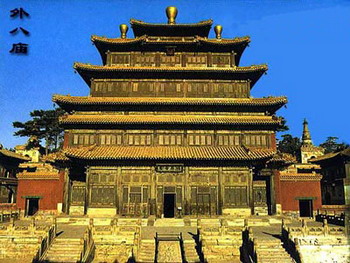