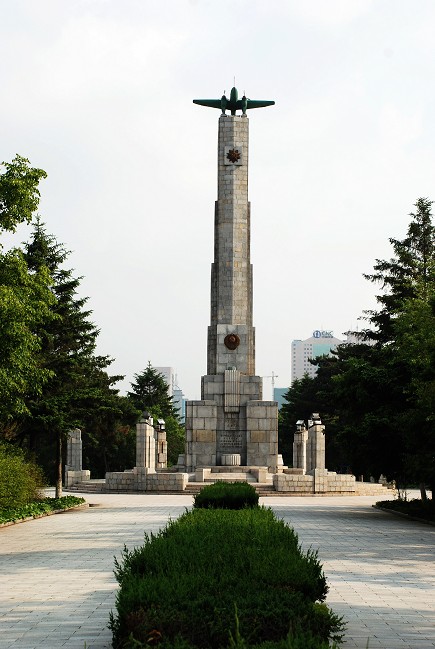 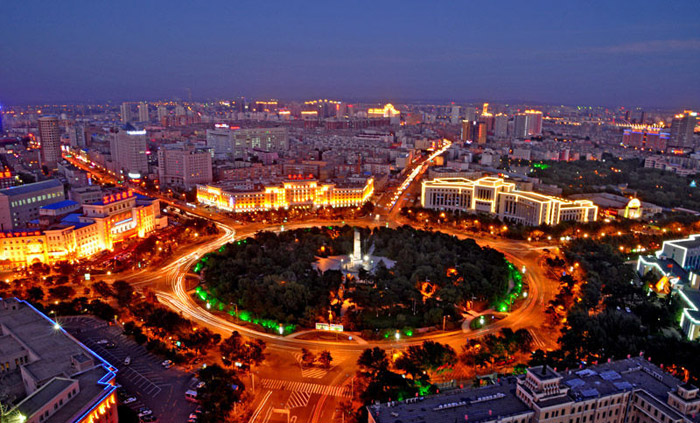 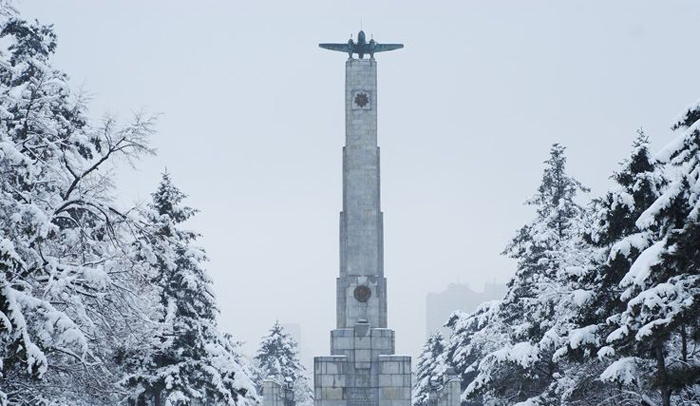 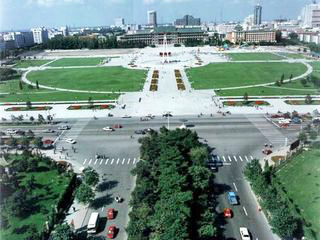 The People's Square in Changchun is the central point of the city, with People Street, Xi'an Avenue, Changchun Street and Minkang Street as its radial streets. People usually come together to celebrate festivals and enjoy weekends in the People's Square of Changchun.

The people's square was first constructed in 1933 with original name as Datong Street; one year after Changchun had become the capital of the Japanese puppet state. The stretching street known as Datong Street became the north-south axis and the transportation center of Changchun.

After 1945 when the Japanese were defeated and the Red Army moved into Changchun a large statue to celebrate Soviet victory was constructed and the square was renamed 'Stalin Square', when Changchun was returned to Chinese in 1948 the square was finally renamed 'People's Square' as was the home of many important Communist institutions.