I awoke at 6:30 AM. Guess what? It's raining again. I borrowed an umbrella from the hotel. There is a person near the front desk of the hotel that is handing them out. I enjoyed another very satisfying breakfast. The hotel restaurant has someone making omelettes. I walked up to him and saw what I believed to be were pancakes. I asked him for some syrup and he pointed to something that appeared to be syrup. As it turned out the 'pancakes' were in fact 'round fried eggs' and the syrup turned out to be soy sauce. Anyhow they were delicious.

It's 9:30 AM, raining a bit, and Catherine and our driver Gao just picked us up and we are off and running. We are now driving down a beautiful 4 lane boulevard. Hangzhou was the capital of China 800 years ago. It has 9 million inhabitants. It is the capital of Zhejiang province in eastern China. Elevators, not stairs bring the pedestrians up to the overhead crossway at this intersection. Gao, our female driver can and does merge in traffic with the best of them. We have arrived at West Lake and are now passing the 'Broken Bridge'. The bridge is famous for its 'romantic view' and touching love story. West Lake is surrounded by parks and greens. Amongst the trees are plum, hibiscus and magnolia. We just returned to the shores of West Lake following a very pleasant boat ride. Among other things we passed the restaurant where President Richard Nixon dined. The deepest part of the lake is 5 meters or about 16.5 feet. Catherine tells us that the lake is drained annually to keep the water fresh. The process takes 3 weeks. There are 3 man made islands in the lake. Also, 3 man made causeways. The light drizzle continues. West Lake is considered to be the most important symbol of the city. 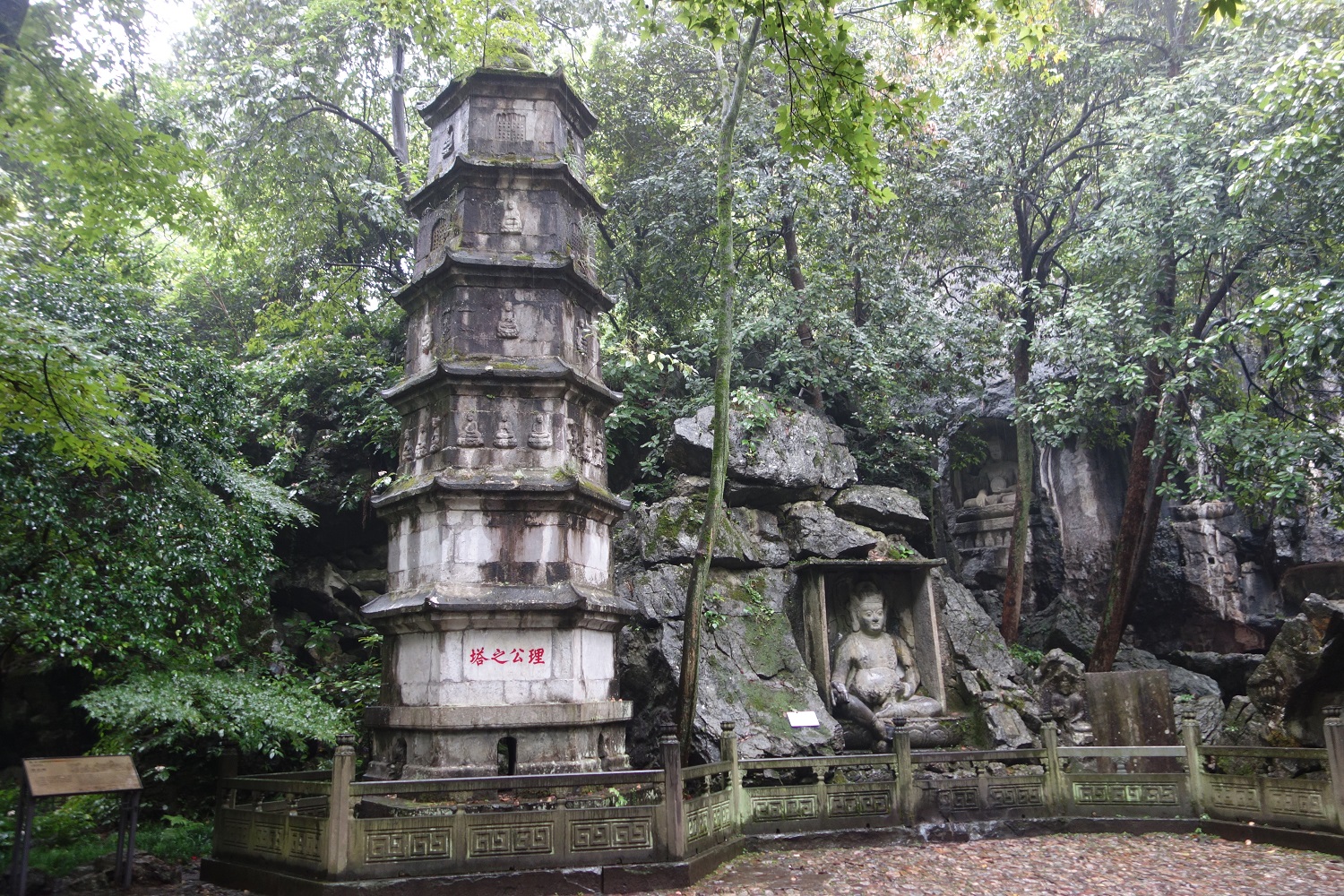 Following our visit to West Lake we visited the Lingyin Temple. Hanghzou Lingyin Temple is one of the largest and most visited Buddhist temples in China, which holds the largest statue of the Buddha Sakyamuni in the lotus position. Beautiful grounds, a pleasant stream, and many artifacts from the distant past including the Stone Statues at Feilai Peak.

It's time for lunch. Following our lunch, we are now driving to the tea plantation. Few people drink coffee in China. Catherine feels that the Starbucks in China are primarily for the tourists. The Dragon Wall tea plantation was in a rural area of the city. Once again, beautiful grounds and gardens. A young lady gave us a tea ceremony presentation. We sampled several varieties of tea. I liked all of them. I'm going to give tea a try when I return home however it will be with tea bags and not the colorful way that the tea was prepared for us. I really enjoyed this visit. 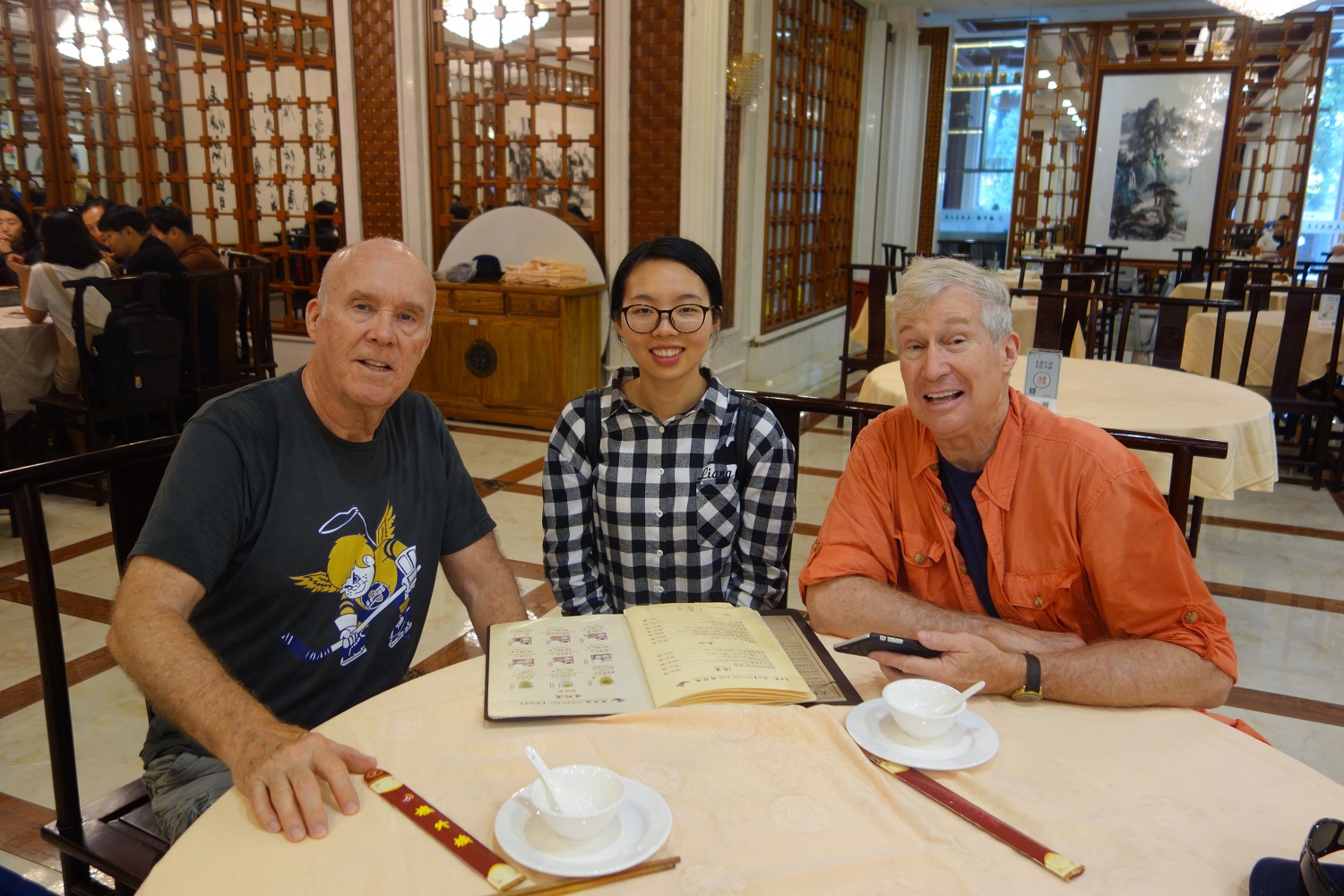 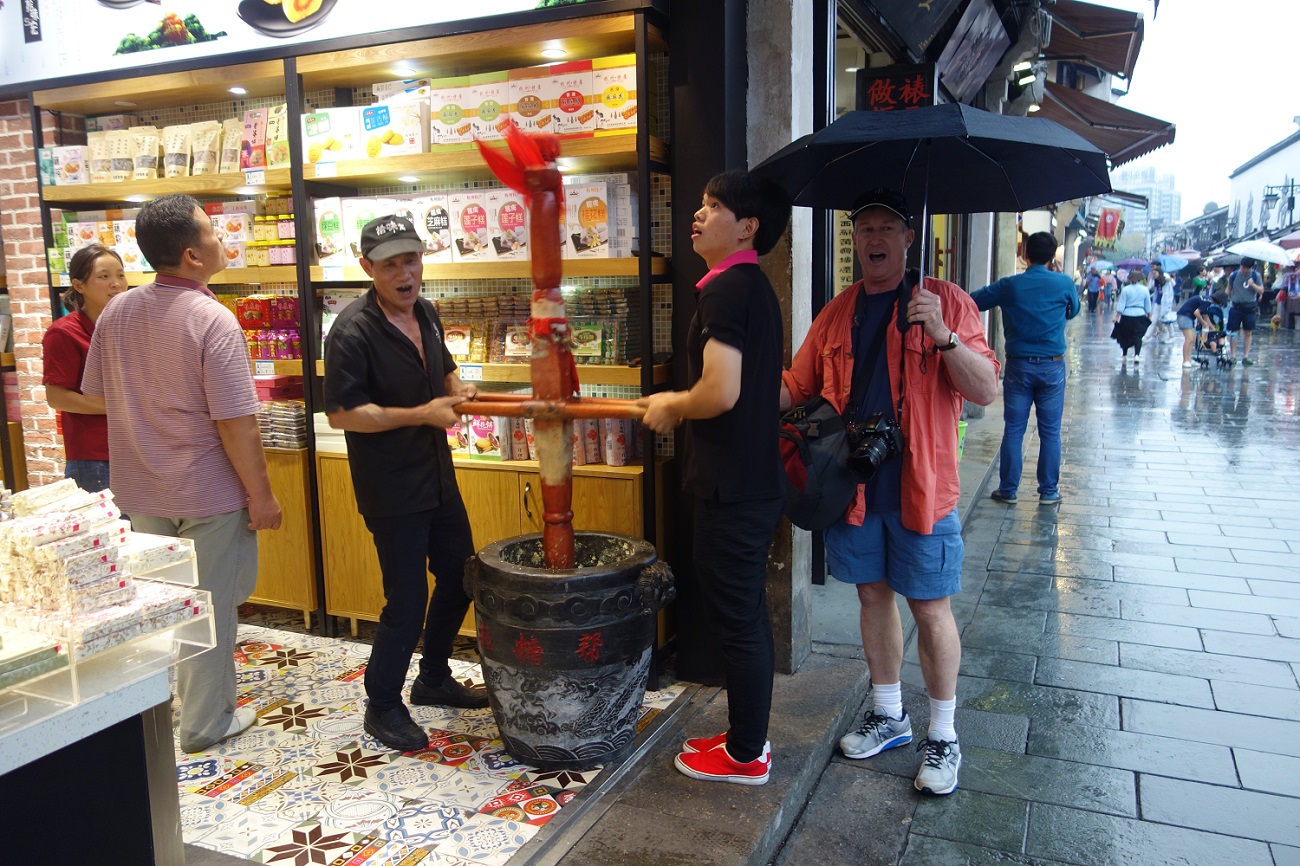 Following the visit to the tea plantation we visited Hefang Street or the 'Old Street'. It is the most famous cultural and historic street in Hangzhou. The highlights of the 'old street' include the delicious snacks which I didn't try. Generally the tourists prefer to visit Hefang Street for shopping and tasting following their visit to West Lake. It was a colorful and busy place even with the light rain. Several of the shops had staff members singing or doing colorful chants to better attract the interest of the passers by. On 2 occasions Jay joined in with the staff with their chants and rhymes. I didn't know that he was so fluent in Chinese.... 'his Chinese' if you know what I mean. 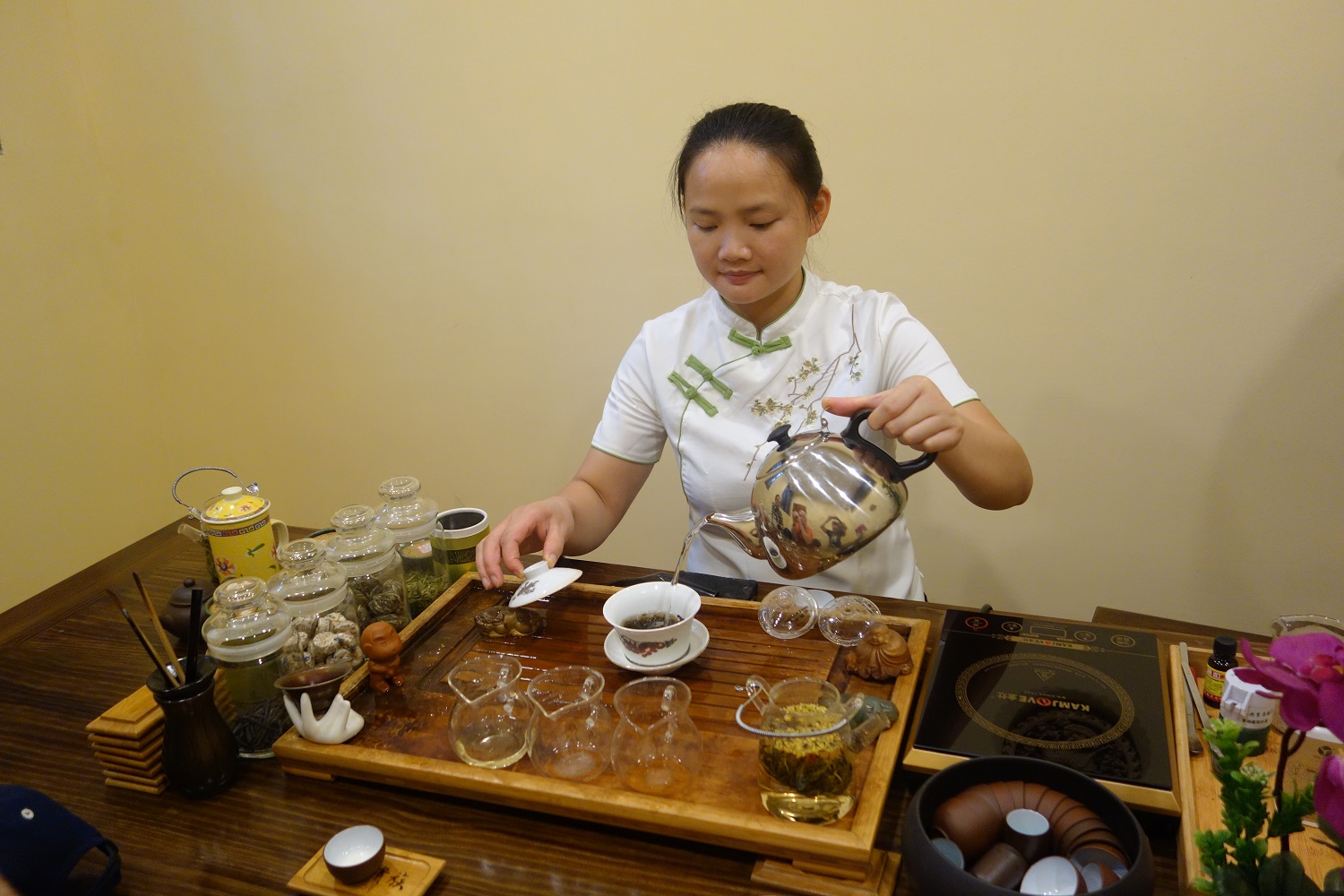 Back to our hotel. 50 minutes later Catherine was back at our hotel for Jay and myself and we made the short walk to our restaurant for our evening meal. Catherine helped us in choosing from the many menu selections. As was the case with our previous local guides, Catherine has been most helpful. She is pleasant, knowledgeable, patient, and a joy to be with.

To bed a bit earlier tonight as we have an 8 AM departure tomorrow.