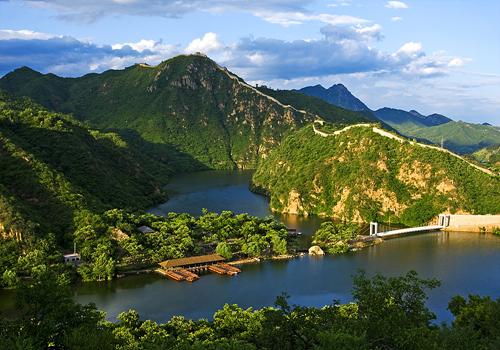 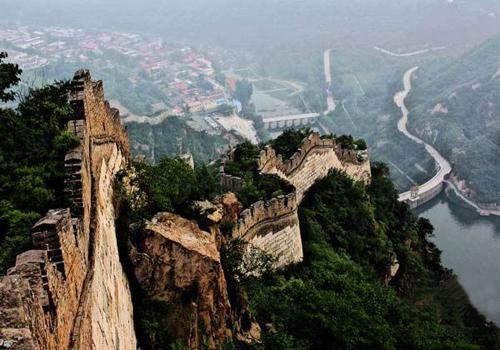 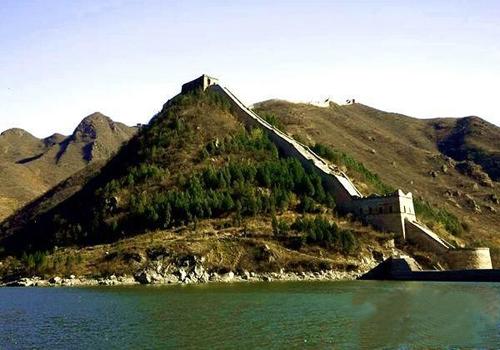 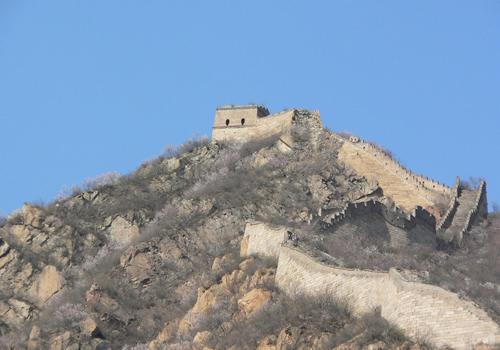 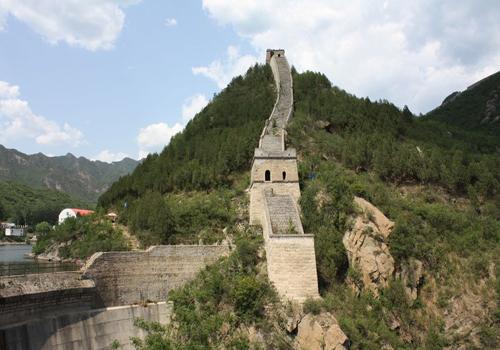 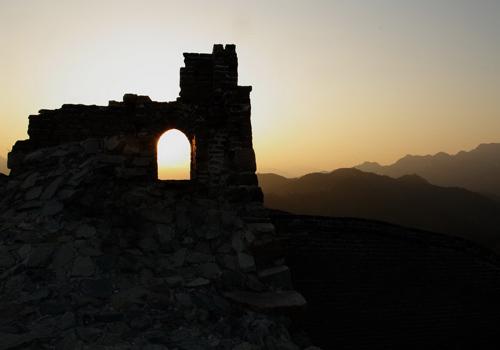 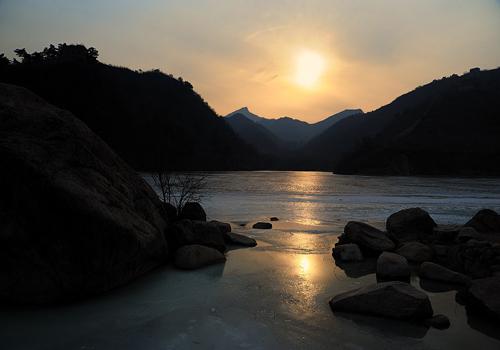 More photos >>
Chinese name: 黄花城长城 (Huanghuacheng Changcheng)
Location: located in Huairou District, about 60 kilometers (37.3 miles) from Beijing
Wall Length: About 11 kilometers
Admission Fee: CNY 34
Opening hours: 08:00-17:00 (on weekdays)
07:30-17:30 (at weekends and Chinese Golden Week)
How to get there:
a. Take Bus No.916 at Dongzhimen and get off at Huairou Dishui (Huairou Local Tax Bureau) (The air-conditioned Bus No.916 costs about CNY11, and the regular bus costs CNY 6), go forward about 50 meters (55 yards) and take the bus which runs between Huairou and Shuichangcheng (Xishuiyu) (the bus ticket costs CNY 3).
b. Take the special route bus "Changping - Jiuduhe" at Changping Long-distance bus station or at the crossing of Changling Lu in Changping District, and get off at Jiuduhe gas station (the bus ticket costs CNY 5), and take the bus which runs between Huairou and Shuichangcheng (Xishuiyu) and get off at the terminal station.
Best time for visit: all the 4 seasons, each season having its pros and cons. Just try to avoid visiting the Great Wall in bad weather (heavy rain, storm or thunderstorm), for it can be slippery and dangerous for your own safety.
Recommended time for a visit: half a day 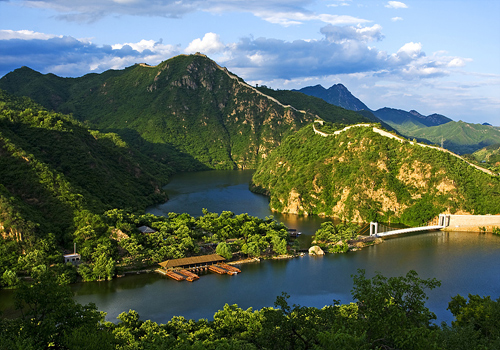 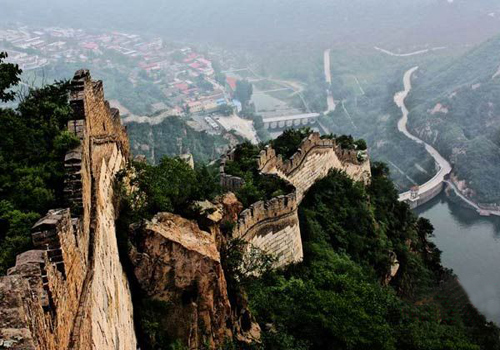 What to see in the Huanghuacheng Great Wall


Construction of Huanghua cheng Great Wall began in 1575, during the Ming Dynasty, under the supervision of General Cai Kai. It took the fastidious Cai many years to finish the project, but when he returned to the capital to report the completion of his task, he was promptly beheaded. Scheming ministers had told Emperor Wanli that the workmanship Cai oversaw was slipshod and lackadaisical. The emperor was so enraged by these scurrilous reports, he ordered Cai's immediate execution. It later occurred to the emperor that an investigation might be in order, so he sent a trusted aid to survey Cai’s wall. The aid reported back that Huanghuaheng Great Wall was solid, steep and exemplified the finest workmanship. Realizing he had been perhaps a little hasty in condemning Cai to death, Wanli ordered a tomb and memorial stele to be erected in honor of the loyal general.
There is a lake and a reservoir nearby. The crescent shaped reservoir is called Huanghuacheng Reservoir, while the name of the lake is Jintang. The water of the lake is cold and clear, and it is fed by numerous springs. A sluice gate has been built on Jintang Lake, over which water flows in the summer. 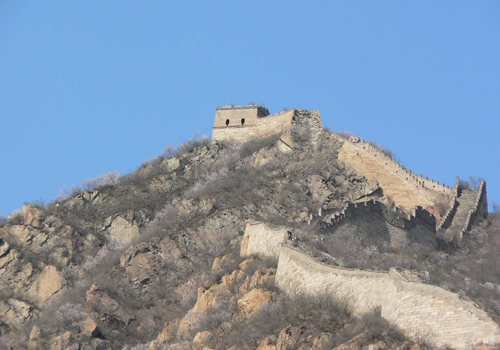 Parts of Huanghua cheng Great Wall were destroyed and fell into Jintang Lake after being bombed during the Japanese invasion of China half a century ago.
The entire section of wall comprises of six forts, six passes, twelve beacon-towers, and thirty-two guard towers. Among them, Yaoziyu Fort is the best preserved. Covering an area of 7,000 square meters, it was built in 1592. There is a scholar tree standing in the castle courtyard that was planted in that same year.
Four things to do in Huanghuacheng Great Wall
Going to Huanghuacheng Great Wall, you have four things to do at least. First, you should take photos. Since the lake breaks this section of the Great Wall into three segments naturally, its uniqueness might surprise you. And the Huanghuacheng Reservoir lies here, shaped like a curved moon. Second, go to visit the chestnut garden under the Great Wall, dating back to the Ming Dynasty. The ancient chestnut trees still grow very well. Third, climb up the steepest section of the Huanghuacheng Great Wall, Shibadeng. It is like a dragon, ready to fly into the blue sky. Fourth, look at Yaoziyu Castle. It was built in the Ming Dynasty, still well-preserved. In the castle, there is an ancient Chinese scholar tree. It is said that touching it could bring you a blessing.