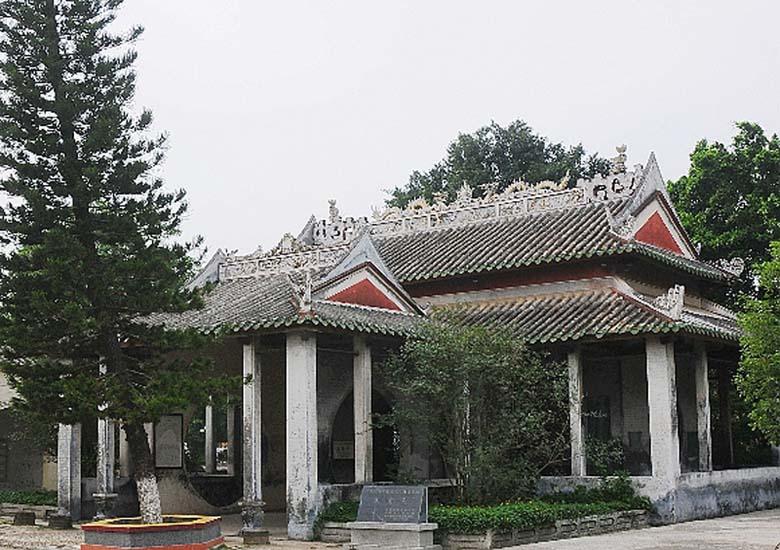 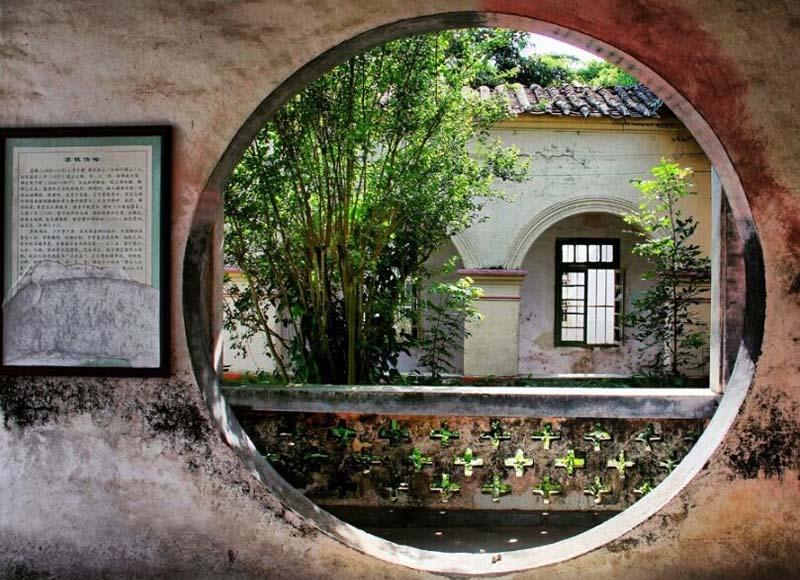 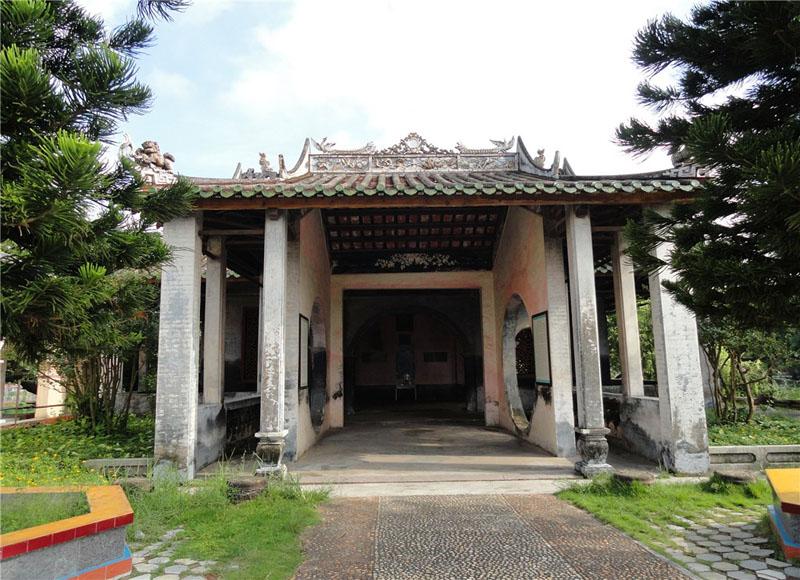 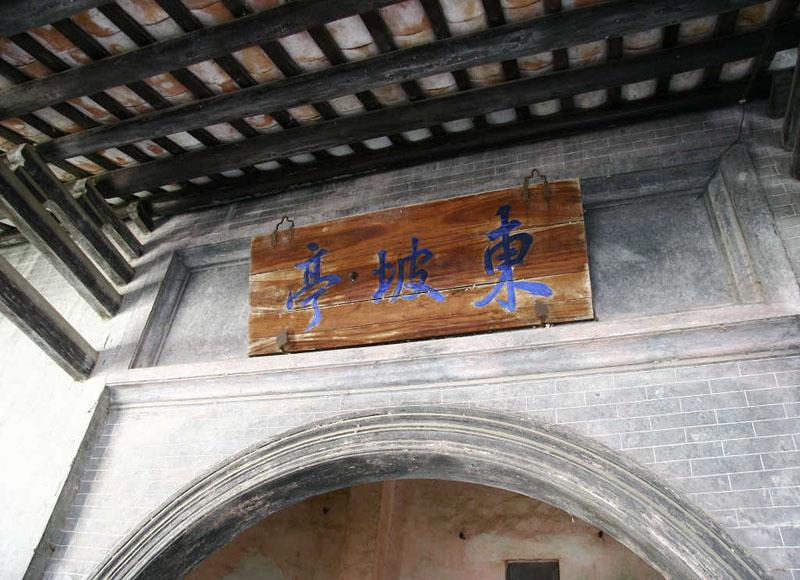 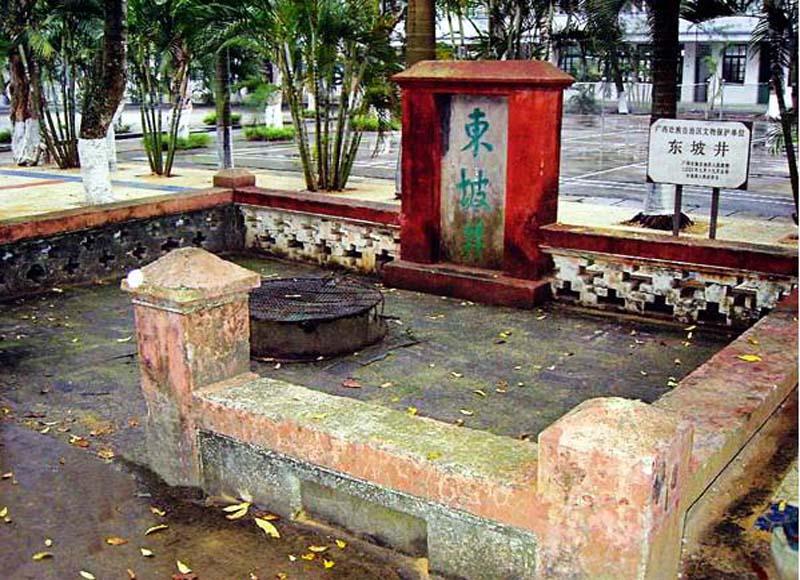 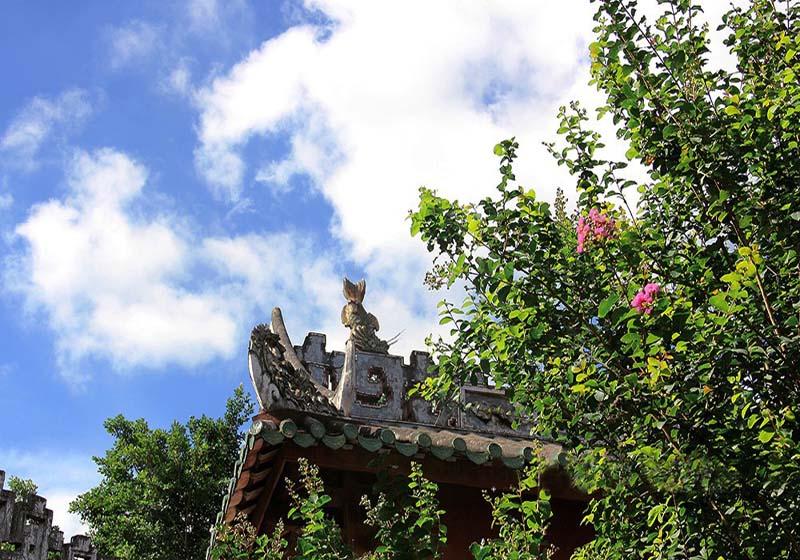 At the campus of Hepu Normal School there is a Dongpo Pavilion, which is a brick-and-wood structure named after Su Dongpo (or Su Shi, 1037-1101), one of the most outstanding poets in ancient China who had ever visited ancient Hepu. According to the "County Annals of Hepu", it is hard to tell whenthe pavilion was originally constructed but it is recorded that it had ever been rebuilt in 1776 and repaired for several times in the next 200 years. In 1912 an explosion razed it to the ground but it was rebuilt about six years later, however, it suffered from fatal damage one more time and reconstructed again in 1944 on the site, which is the one standing there today. Dongpo Pavilion is not extraordinary in size or style, but its rising again and again after disasters makes it far and near.

On the screen inside the pavilion the stone sculpture of Su Dongpo are inlayed and over ten pieces of poetic proses by Su are carved. At the eastern side of the pavilion is the Dongpo Well, which is said to be dug by Su himself, and the Dongpo Park, which are now under the county's protection and a historic tourist site of Hepu.