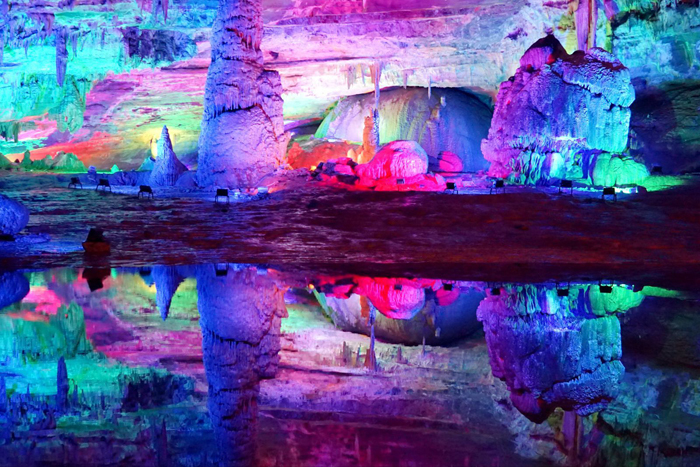 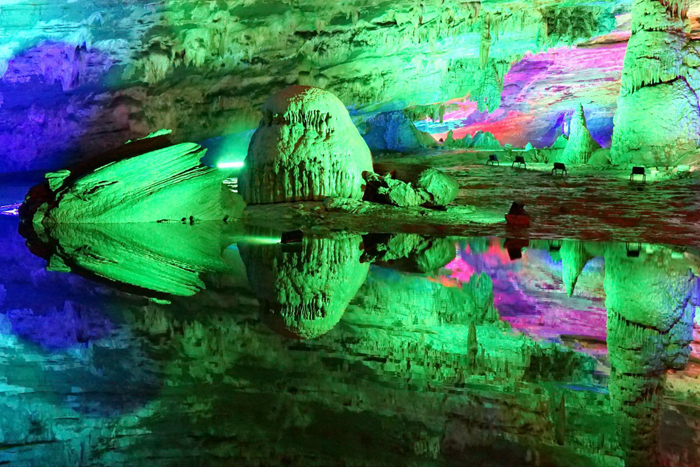 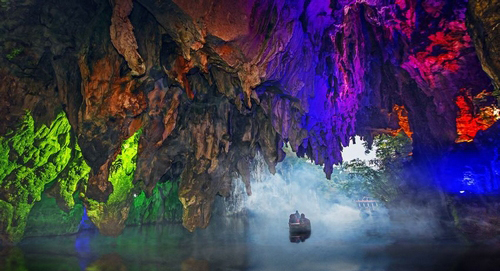 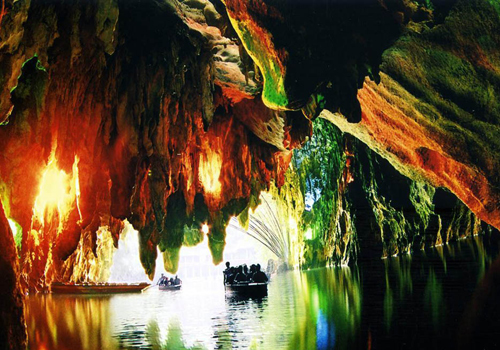 Longmen Waterfall is located at the mouth of Dragon Palace Cave. The 50 meter-long and 26-meter-wide waterfall surges down from vertical cliffs with great momentum, looking like a hanging silver curtain. The sound it generates can be hearted before you see it. The waterfall is even more splendid basked in rainy season, especially when the sunshine forms multicolored rainbow on the waterfall.

Climb up the damp stone case, the vista suddenly becomes open and clear. The venturous Heavenly Pool lying among a stone forest silently bursts into view. Heavenly Pool covers an area of 7000 square metres and is surrounded by high cliffs and cirrus. Collapsing of rock mass give rises to its formation. It is 17 meters deep and the surface is mirror-like. 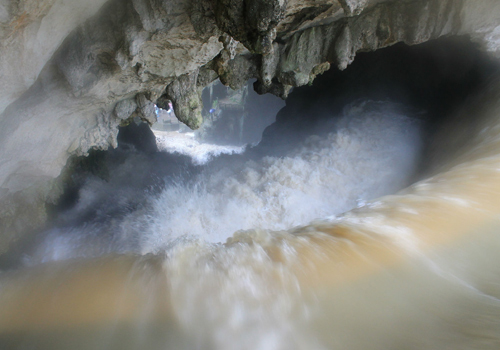 Dragon Palace is located between Heavenly Pool and Clamshell Rock. It is more than 5000 meters long and 850 meters can be visited. At its gate, stalactites of different sizes and shapes droop down to caress water. Their endpoints turn outwards. The formation is caused by the deposit of calcium carbonate as well as the function of lower plant algae. Because those algae depend on sunshine to grow, they grow outward year after year and give rise to such karstic formation. At the bottom of the cave, countless springs come out from rocks and merge into a river. Stalagmites and stalactites on the ceiling are lit by colored LEDs and cast wondrous and resplendent reflections on water. The whole cave looks just like a crystal palace.

The whirlpool is a round pool in a diameter of 101 meters. The pool rotates eternally in clockwise. The natural wonder is formed because the water pours into the pool in tangential direction and a natural funnel at the 43-meter-deep bottom to let water submerge into a underground river. The most wonderous phenomenon is the funnel will automatically adjust submerged water yield. 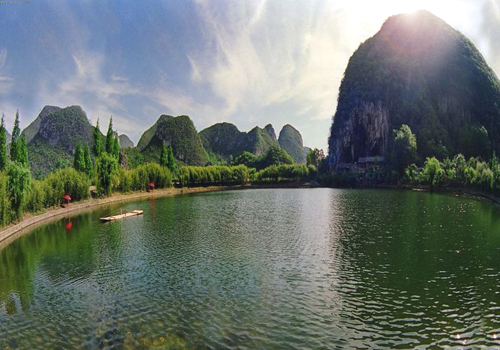