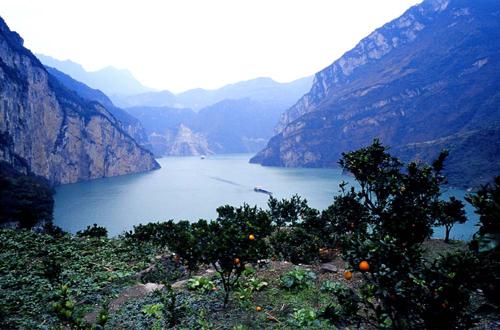 Yichang Sanxia Airport has daily flights to Shanghai, Beijing, Shenzhen, Chengdu and Chongqing, and regular flights to Guangzhou and Kunming. There are shuttle buses running between airport and Qingjiang Hotel (No.95 Dongshan Avenue, Xiling District, Yichang) of Yichang (CNY20, 50 minutes).  There is no public bus to the airport.  A taxi from urban area to the airport will costs around CNY150.

In addition, there are two inter-city trains (N341/2, N345/6) between Yichang and Hankou (in Wuhan).  The two trains leave Yichang respectively in the morning and at noon, and take more than 4 hours.  Yichang Railway Station is located on No.107 Dongshan Avenue.

Yicang’s highway network depends too much on Yichang - Huangshi Expressway. There are dozens of buses daily leaving for Wuhan, Jingzhou, Enshi, Shengnongjia and other destinations.

The section between Chongqing and Wuhan is the most important part on Yangtze River. There are passenger liners to cities along Yangtze River such as Chongqing, Wanxian and Fengjie.

To get the Three Gorges from Yichang city proper, you can take bus No.4, 100, or 10 to the Yemingzhu (夜明珠) Road, where you can catch a shuttle bus of No.8 to Three Gorges Dam (三峡大坝).

The taxi fare is CNY6 in two km, CNY1.4 per km after that and additional fuel surcharges CNY0.5. But don’t count on that, because the taxi market of Yichang is quite chaotic.