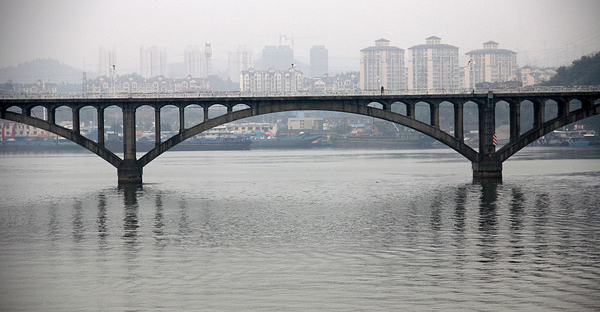 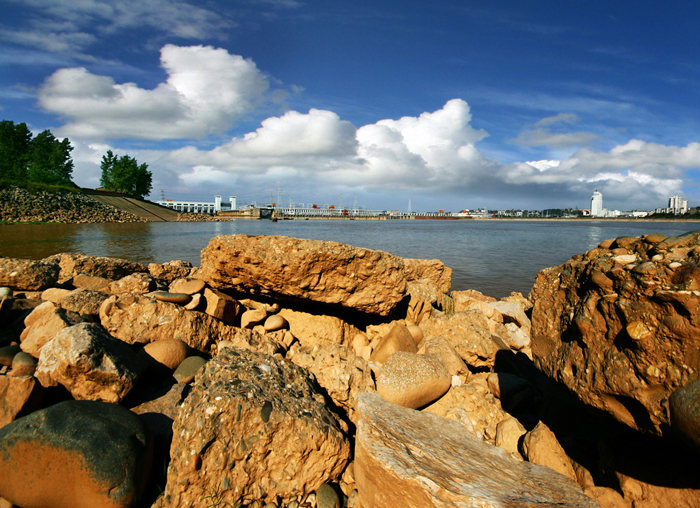 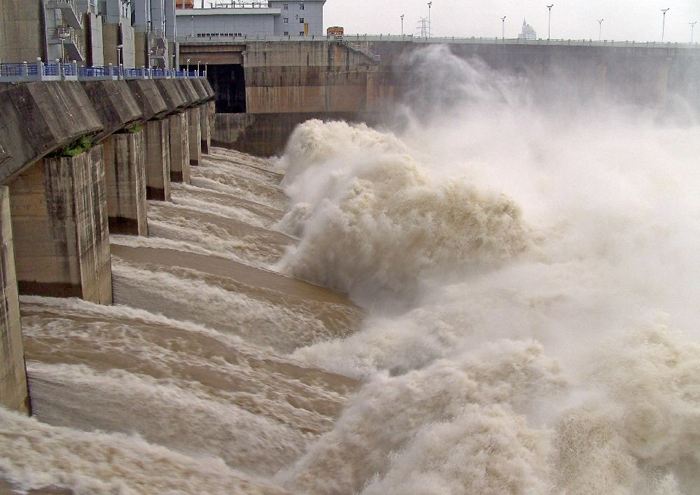 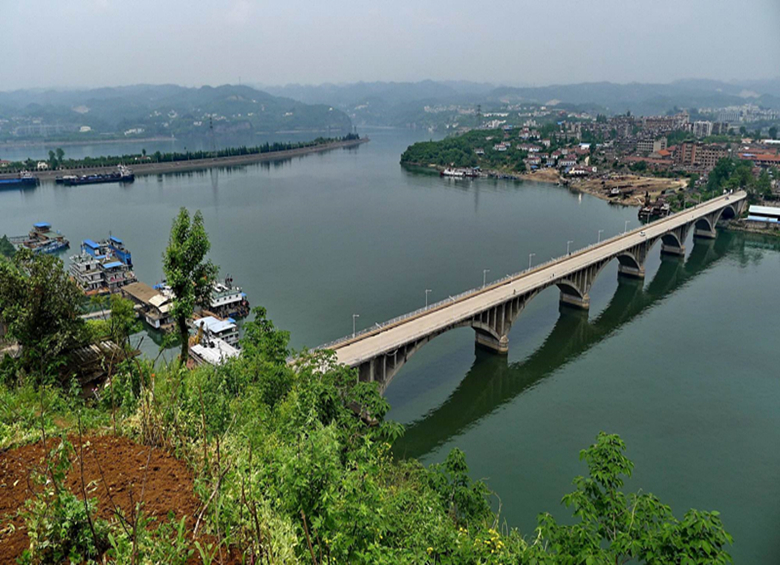 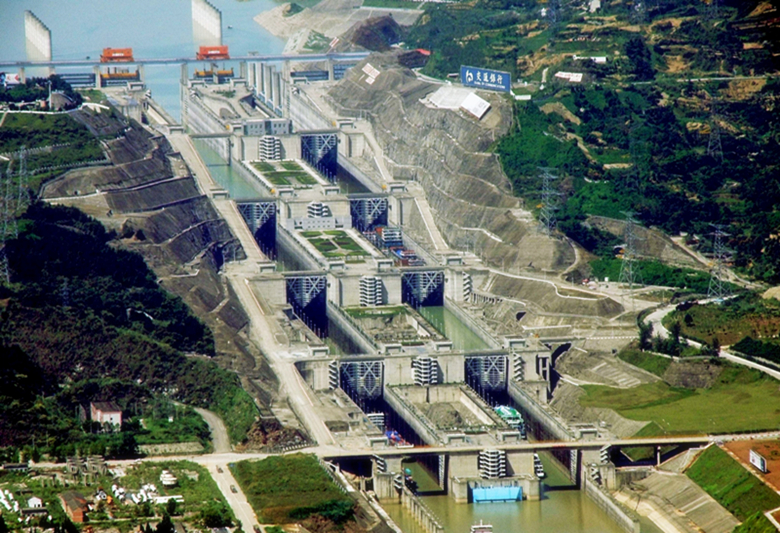 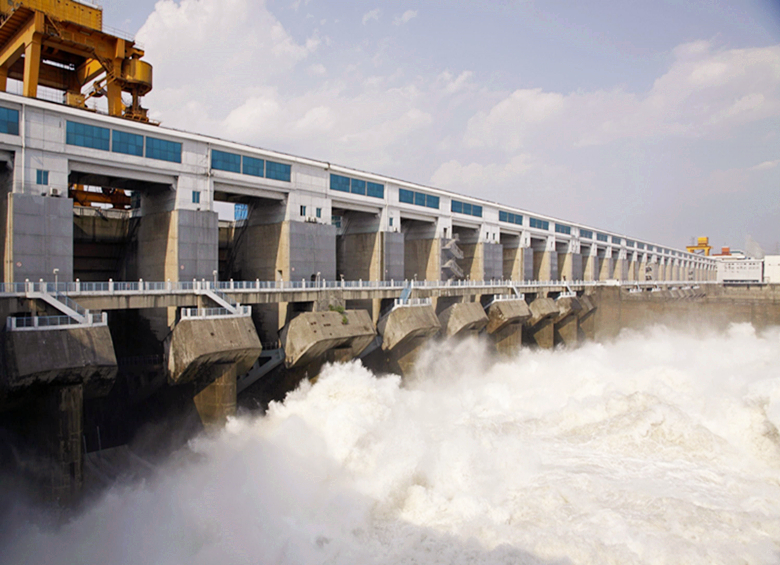 
Chinese name: 葛洲坝 (Ge Zhou Ba)
Location: Six kilometers from Yichang City, Hubei Province.
How to get there:
-High-speed shuttle bus from Wuhan Bus Station will bring you to Yichang City.
-Bus No.2 and No.9 in Yichang City will bring you here.
Best time for a visit: summer. 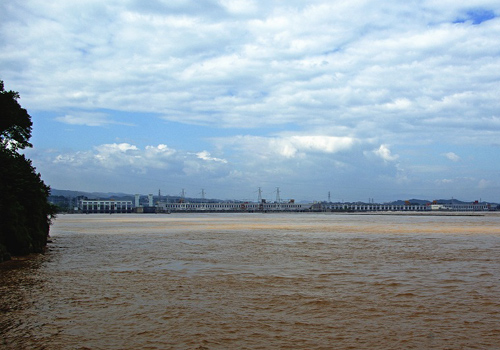 More about the Gezhouba Dam
The reservoir has a total volume of 1.58 billion cubic meters (that of the Three Gorges Dam is 39.3 billion cubic meters), and annual average flows is 14300 cubic meters/second. The Gezhouba Dam is made up of ship locks, power station, discharging gate, flush gate, water retaining and discharging structures. The dyke is 2606.5 meters long with a maximum height of 47 meters.
The Gezhou dam has three navigation locks, among which the No.2 lock is 280 meters long and 34 meters wide and provides passage for 10.000 ton ships at a time, and the No.3 is the first ship lock on Yangtze River installed in 1980s. 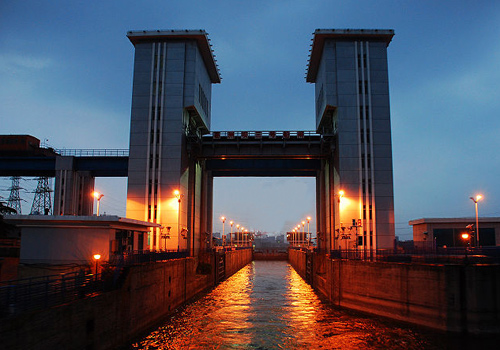 The Gezhou Dam is a multi-functional project
Gezhou Dam has the functions of generating electricity, shipping, preventing flood and irrigation. Now it is also functioned as a major tourist attraction by the city of Yichang, bringing in tourism-related revenues for the city. During holidays, a number of tourists swarm into the city. The most grandiose scene appears after the floodgates are pulled out when water rushes down and generates thunderous sound and massive mists.