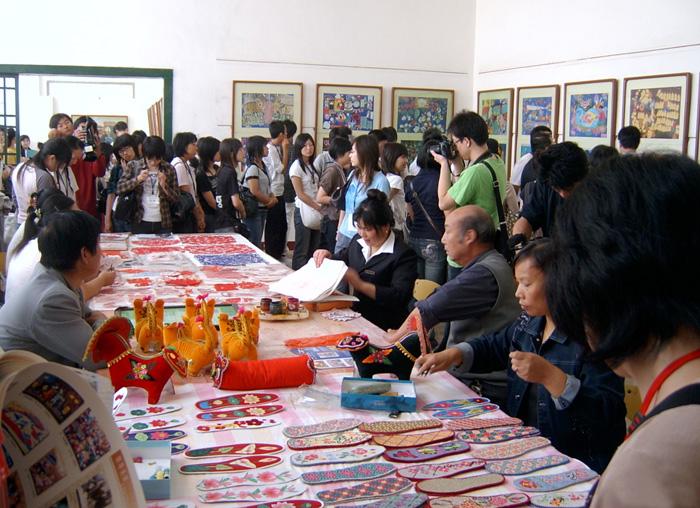 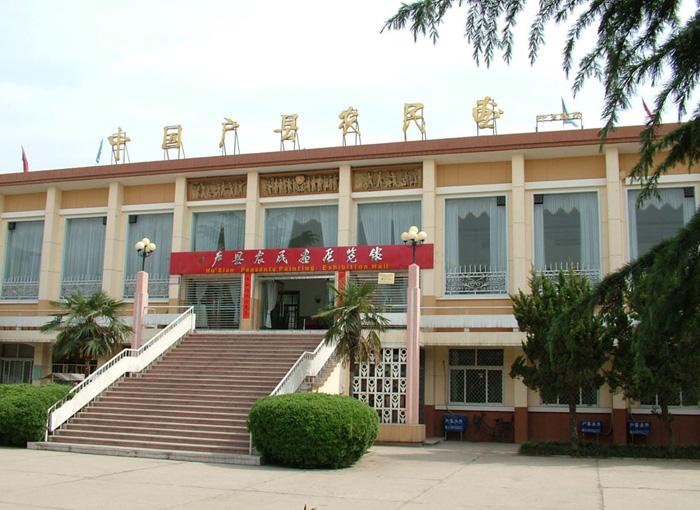 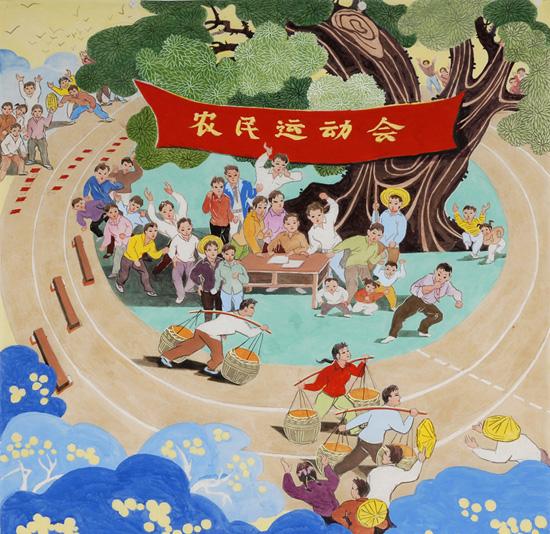 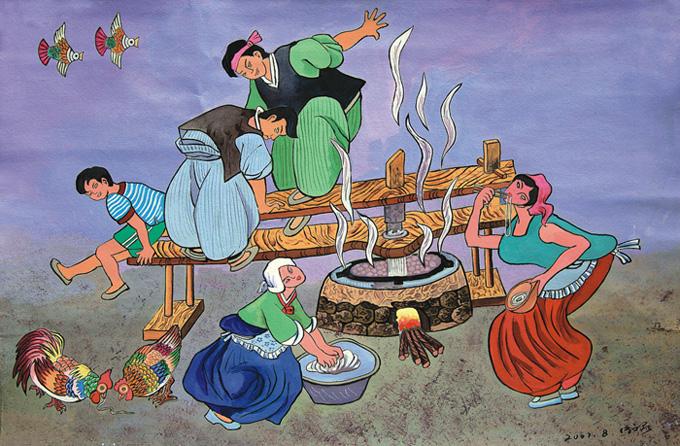 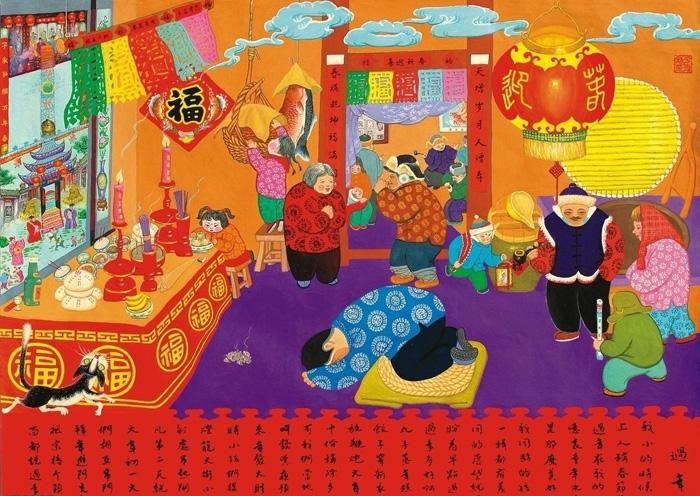 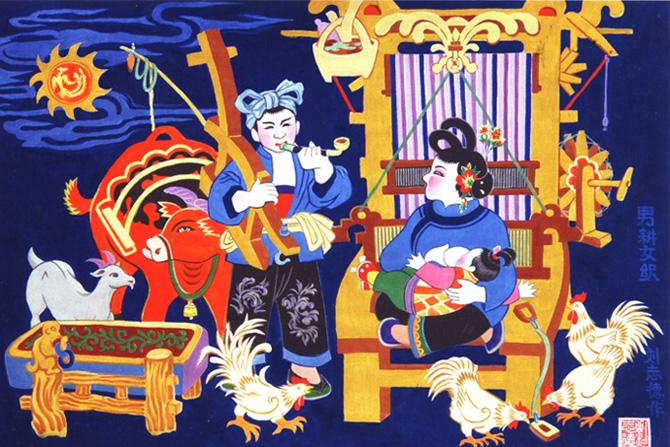 Located about 38 km southwest of Xi'an City with an area of 1255 square kilometers, Hu County is known as the home to farmers' painting in China. The county has a long history of over 2000 years and is seen to be the "back garden of Xi'an" and "a county of culture" because of its favorable location and natural condition. 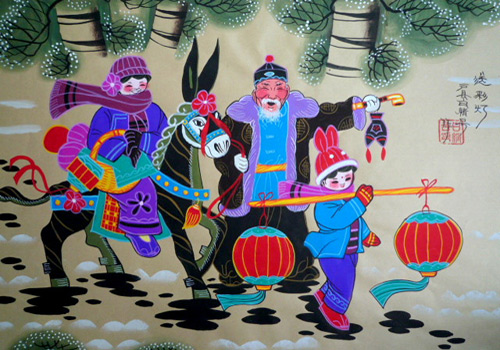 Origin and Development of Farmers' Painting of Hu County

Originating from the daily life of local farmers since 1950s, the paintings have been keeping a close connection with their vivid folk activities, e.g. drama, "Shehuo" celebration, land boat. Most of the paintings are themed on figures, animals and flowers, sketching the beautiful rural scenery of the county.

In July of 1973, the Culture Department of the State Council of China held an exhibition tour for the farmers' paintings of Hu County and over 170 pieces by more than 50 farmers were showed in 16 major domestic cities and the National Art Museum of China, which won over 2.5 million audience in total. 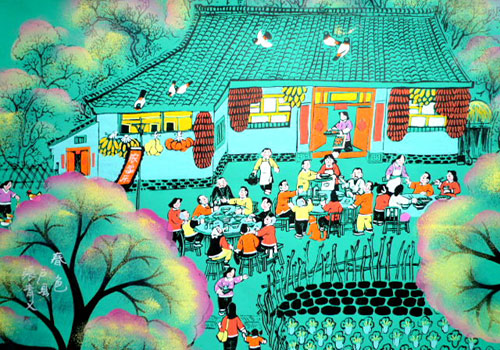 In 1974 a documentary about the county's farmer paintings was specially shot and the paintings were showed in Japan, USA, Australia, New Zealand, British, Sweden, France, Norway and Denmark in the next three years. In 1988, the county was officially named after "Home of Modern Farmer's Painting of China" by Ministry of Culture of China.

By 2000, the number of farmer painters of Hu County has reached over 2100, who have created more than 30,000 paintings. Of the works, over 18,700 pieces are collected by foreign art galleries and collectors.

In 1976, Farmers' Painting Exhibition Hall of Hu County, the first county-level art gallery farmers' paintings of China, was built on the Huazhan Street of Hu County. Occupying 7388 square meters, the exhibition hall is made up of 8 halls with more than more than 500 pieces of works. 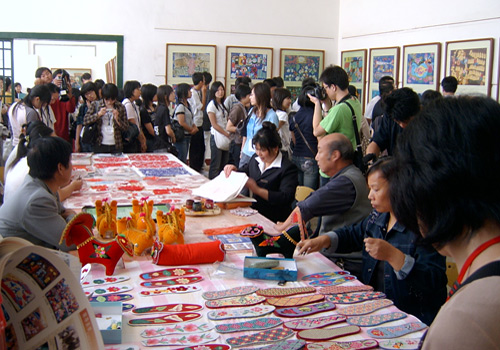 At the beginning of 2003, a market has been developed for artworks of the county and many featured folk works, e.g. papercuts, fabrics artworks, wheat-straw paintings, shadow puppets, knot artworks, embroideries, present the real folk culture of the Hu County.