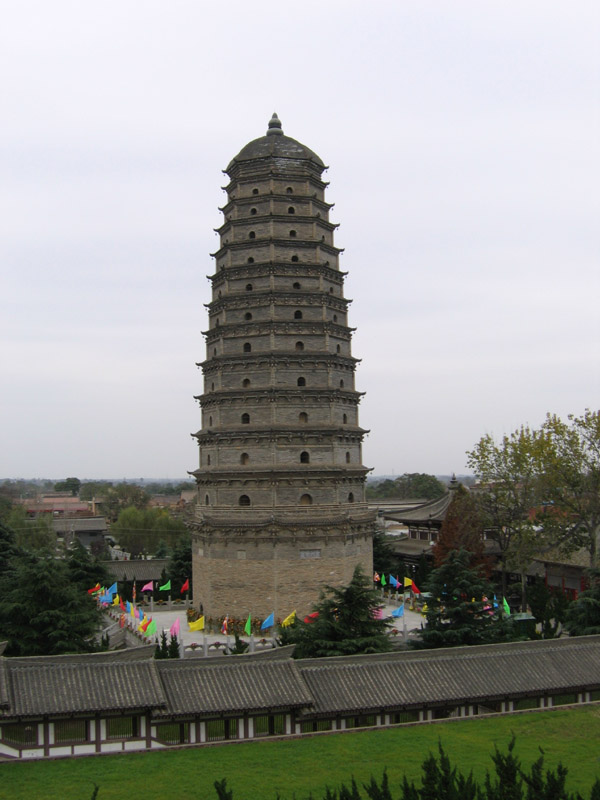 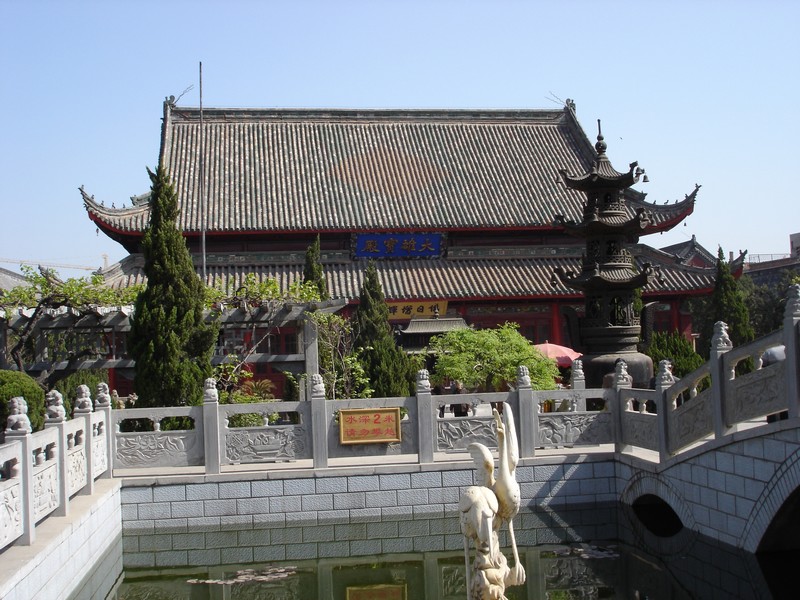 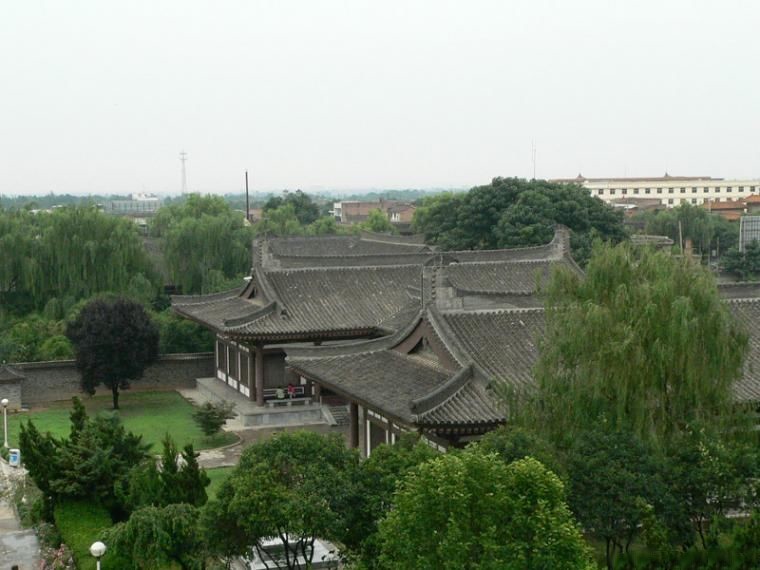 Covering an area of about 86,667 square meters, the Famen Temple Scenic Spot is designed by Mr. Li Zuyuan (a renowned Chinese architectural design from Taiwan Province, who designed the Taipei 101 Skyscraper) to centers upon the ancient Famen Temple.

The spot is made up of the Square of Mountain Gate, the Avenue of Buddha Anticorona, the Famen Temple, the Heshi Dagoba, Buddhist College, gardens…fully showing the achievements of Chinese Buddhism in philosophy, politics, arts, etc. 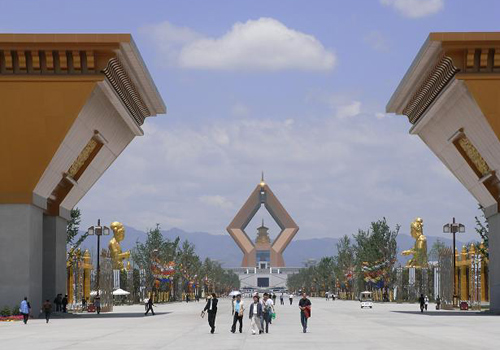 Stretching for 1230 meters in length and 108 meters in width, this avenue connects other main sections of the scenic spot. On both sides of it are set up with huge golden statues of Buddhas and sutra columns on the basis of Buddhism regulation.

Constructed at the end of the Eastern Han Dynasty (25AD-220AD), Famen Temple gained its fame in the Northern Wei Dynasty (368-534), rose up in the Sui Dynasty (581-618), reached to its heyday in Tang Dynasty (618-907) and hailed as "Royal Temple". The temple is known and respected for a Buddhist sacred land where the phalanx sarira of Sakyamuni (founder of Buddhism) was enshrined and worshiped. 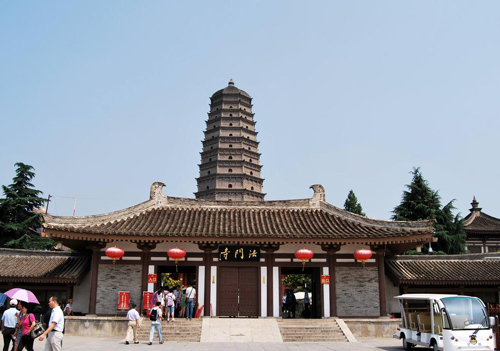 After the completion of the construction, Famen Temple got the name of "Ayuwang (Asoka) Temple" and renamed to be "Baocheng Temple" in Sui. During the prosperous Tang, the founder of the dynasty Emperor Tanggaozu (Li Yuan) gave it the current name and the temple began its honorable period age of being the site for seven important Buddhist ceremonies and activities. From the reign of Emperor Tangtaizong (Li Shimin) on, a great deal of manpower and financial resources were spending in expanding and repairing the temple, which became a grand temple comprising 24 courtyards, and the monks increased from about 500 at the beginning to over 5000.

4. Heshi Dagoba – the highest Buddhist Dagoba in the world

On its completion date on May 9th of 2009, the 148-meter-high Heshi Dagoba or Holding Palms Dagoba and over 20,000 people experienced the sacred moment when the unique phalanx sarira of Sakyamuni was enshrined inside it. The dagoba is a Tang-style pagoda sheltered by huge a pair of folding palms, hence the name. 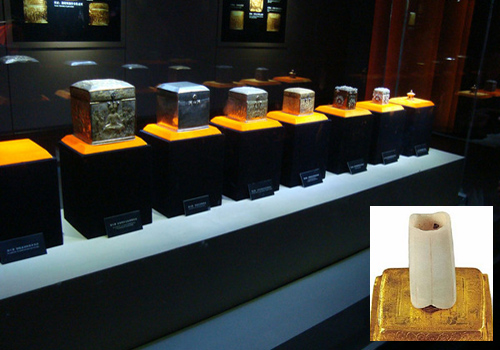 According to Buddhist sutras, 1 parietal bone, 1 phalanx, 2 shoulder blades, 4 teeth and many spherical sariras were found after the cremation ceremony of Sakyamuni. Some of them were brought to China during Tang Dynasty and enshrined in grand temples. Eight of the Tang emperors invited the phalanx sarira to the imperial palace to enshrine and worship for six times. After the last invitation in 847, this sarira was sealed up in the underground underneath the pagoda and did not revealed to the world until 1987.

On August 24th of 1981, one side of the pagoda inside the Famen Temple collapsed. In 1986, the government decided to repair it in February of 1987. With the undertaking of the repairing work, 2499 pieces of national treasures of Tang Dynasty including the phalanx sarira, exquisite gold and silver wares, royal porcelains, coloured glazes of anceint Roma, silk fabrics, costume, tea sets, coins…came into people's eyes once again after over 1100 years. Now these invaluable treasures are preserved in the Museum of Famen Temple which was enlarged from the original 500 square meters to 3000 square meters. 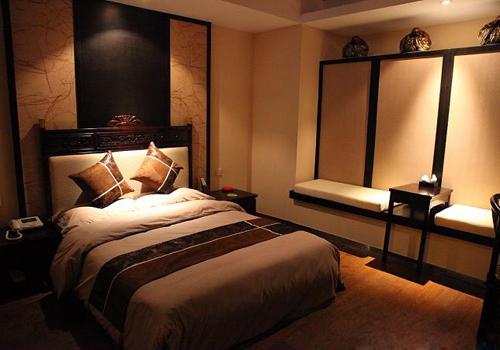 The Pavilion of Buddhist Anticorona located in the new scenic area of Famen Temple is the only hotel providing Buddhist experience in Northwest China. It is equipped with five-star facilities and service and has 200 rooms. Guests can undergo the Buddhist "sitting in meditation" on the seats in the meditation practicing room, or visit the Hall of Explaining Buddhist Sutras, teahouse (with tea ceremony show), vegetarian restaurants or book bar to feel the Buddhist culture.

How to get there: Travelers can choose one of the following ways to go to Famen Temple: