Tianshui, the second largest city in Gansu, is located in between Xi’an city of Shaanxi province and Lanzhou city, in the southeastern part of the province. To be more accurate, the city is on the junction of Shaanxi province, Gansu province and Sichuan province, with the Yangtze River and Yellow Rive flowing though, and the new Eurasian Continental Bridge running through. Divided into five counties and two districts, the city has a population of more than three million. The agreeable climate and rich resources make it known as the petite lower reaches of the Yangtze River. As the birthplace of ancient Chinese culture, Tianshui abounds with many a cultural and historical relic. Travelers can appreciate the Oriental Sculpture Gallery – Maijishan Grottoes and Maijishan Scenic Spot Area composed with Botanical Garden, Immortal Cliff, Stone Gate, Pure Land Temple, Qu River and Jiezi Hot Spring Holiday Village at the same time, purifying their hearts with the magnificent and the stirring. 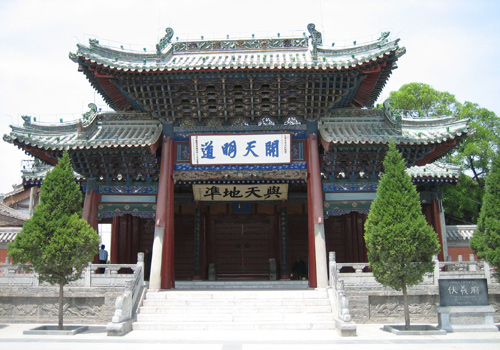 In the past, Tianshui was also called Chengji, which is relevant to the legend of Fuxi. At the beginning, Chengji had been located in Qin'an County since the Western Han Dynasty (206 B.C.-A.D. 24). Later, only when it came to Song Dynasty (960-1127) did Chengji moved to Tianshui. The reason why Tianshui is known as Longcheng, literally meaning the town of the dragon, is that it is the birthplace of the human ancestor Fuxi that had a man-head and dragon-body. According to interrelated data, the Fuxi Temple sited in Tianshui city was first set up seven hundreds years ago. Since Fuxi is considered as the ancestor of the Chinese nation, people in Tianshui therefore often call the Fuxi Temple Renzong Temple. Tianshui, origin of ancient Chinese culture, fully deserves the title of the Hometown of Emperor Fuxi. It is virtually a holy land for Chinese people home and abroad to honour their ancestors.

Tianshui nowadays – a Holy Land of History and Culture in China 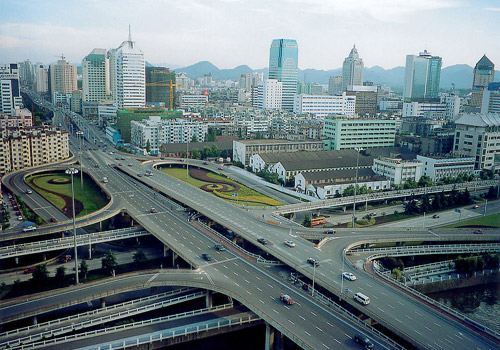 In Gansu province, you can rarely find a place as wonderful as Tianshui surrounded by green hills and crystal water. Tianshui, both as elegant as water towns along the Yangtze River Delta and as majestic as the landscapes in northern part of China, is absolutely an ideal tourist attraction. However, Tianshui is more than that. No one visiting here will not be awed by its culture and history. Tianshui is the most important birthplace of Chinese civilization and the Chinese nation. Dadiwan culture and Guatia Mountain are just cases in point. In the meanwhile, it enjoys the most Chinese myths. Acknowledged as the hometown of Emperor Fuxi, Tianshui also possesses lots of remains of Journey to the West and Romance of the Three Kingdoms. As an epitome of Chinese civilization, Tianshui has raised such celebrities as Li Bai, a notable poet in Tang Dynasty (618-907), Zhuge Liang, an embodiment of wisdom and strategy and so forth. To sum up, Tianshui is a suitable place for keeping a quiet heart.